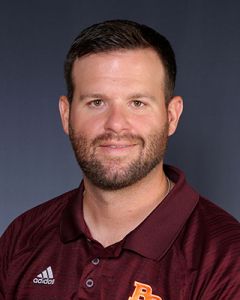 Coach McBride is a 2001 graduate of Carl Sandburg High School and a 2005 graduate of St. Joseph’s College in Rensselaer, Ind.  He was a two-time All-GLVC and an All-Region player under Coach Rick O’Dette. 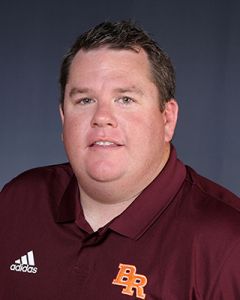 Coach Tim O’Connell enters his 11th year of coaching baseball at Brother Rice. He has served as a varsity assistant coach the last 6 years, working primarily with infielders and hitters and with dozens of college players.  From 2015-2019 the Crusaders have set many program records and won multiple CCL Blue titles, in addition to the 2018 sectional championship. Coach O’Connell previously served as head sophomore coach for 5 years, winning 2 CCL Blue titles.

A 2003 Brother Rice graduate, Coach O’Connell played baseball and football at Brother Rice, serving as captain of the 2003 regional championship team. He also was the valedictorian and Gold Medal Student Athlete for the 2003 class. He is a 2007 graduate of University of Illinois.

Coach Anthony LoCoco is entering his 5th season with Brother Rice, and his 3rd with the varsity team.  He works primarily with the infielders, catchers, and hitters.

Coach LoCoco signed his letter of intent at the University of Illinois at Chicago and attended a pro scout tryout with the Cincinnati Reds.  He has been coaching travel baseball for over 10 years at multiple age levels.

Coach Billy Copp enters his 5th season as the Brother Rice pitching coach.  He has been involved in coaching for over 25 years. He has coached TJ McFarland, Mike Foltynewicz, Tony Zych, and Casey Crosby, all of whom currently pitch in the Major Leagues. He is widely considered one of the best pitching minds in the area.

Coach Copp is a 1982 graduate of Aurora Central Catholic and a 1986 Graduate of Iowa State University.  He was drafted in 1986 in the 7th round by the Pittsburgh Pirates.

Coach Brian Musielak is a 2014 graduate of Brother Rice.  He is in his 2nd year with the Crusaders and his first on the varsity staff.  Coach “Moose” was the Sophomore pitching coach last season and helped lead the Crusaders to a CCL Blue Championship.

After graduating Brother Rice, Brian went on to play at Concordia University of Chicago where he appeared in two College World Series. He earned an undergraduate degree in business marketing in 2018 and an MBA this past December from Concordia.

Coach Andrew Massey is in his 2nd year with Brother Rice and his first as Head Coach of the Sophomore team.  Andrew helped lead the Sophomore Crusaders to a 2019 CCL Blue Championship, while focusing on infield and offensive duties.

Coach Massey is a 2013 of St. Rita High School.  He won the Steven M. Bajenksi Award in 2012. After high school, Andrew played at Tennessee Martin for two years before transferring to Concordia University of Chicago, where he played in 2 World Series.  He was Two-Time First-team All-Conference and All-Region selection. He graduated with a Bachelor’s Degree in secondary education and is currently teaching in the Naperville area. Andrew’s brother Michael, is a 2016 graduate of Brother Rice, and was drafted out of the University of Illinois by the Kansas City Royals in the 4th round of the 2019 June Draft.