The students of Brother Rice kicked off the homecoming pep rally by lining the hallways as the Crusader band marched toward the gym.

Band member Alex Cichowicz said, “Walking down the halls for the pep rally each year is just a great experience seeing everyone getting hype and ready for the big homecoming game and dance.”

Once we got to the gym, we were shocked to see a giant wrestling ring set up in the center surrounded by the members of the football team.

Mr. Creed credited all the fall sport teams for their success; this created uproar throughout the stands. Afterwards, he announced that there would be a three man wrestling match taking place in our gym. The crowd went crazy as the wrestlers entered the ring, and after an awesome wrestling match, everyone was waiting to see what would happen next.

Senior Jack Brouder said, “I was flabbergasted by the performance. It was really cool to have wrestling in our own gym.”

The next event to take place was a hot dog eating competition between freshman Patrick Noonan, sophomore Josh Torres, junior Billy Jacobsen, and senior Nick Dorn. They each were given five hot dogs to eat in three minutes. It was a close competition, but after the three-minute mark, Patrick Noonan had eaten the most hot dogs and won the competition.

Nick Dorn said, “I wasn’t prepared enough; after the first bite, I noticed it was going to be a lot harder than I anticipated.”

Mr. Alberts and the students wrapped things up by wishing the football team good luck in their homecoming matchup against Marion Catholic. It was another exciting pep rally that I have witnessed in my years at Brother Rice. It got the whole school looking forward to the game. 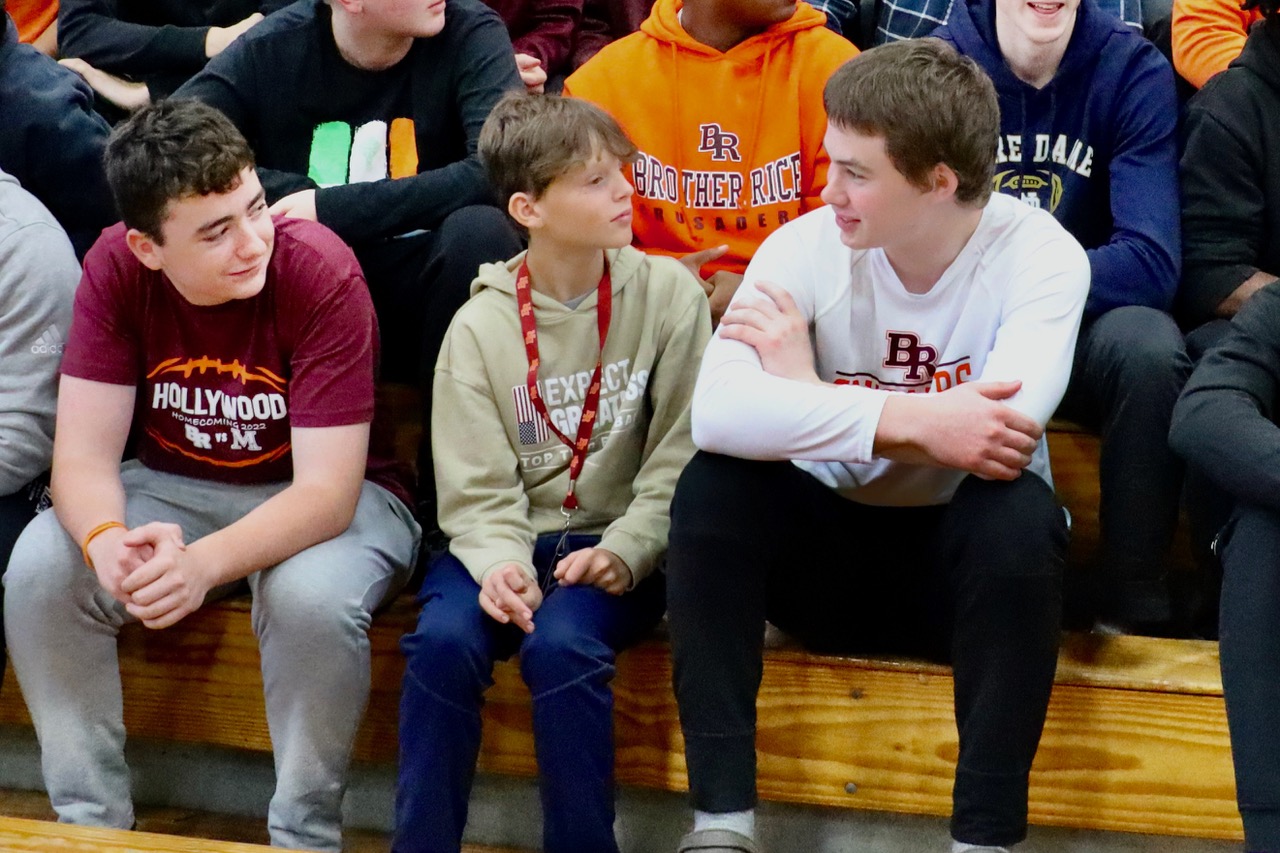 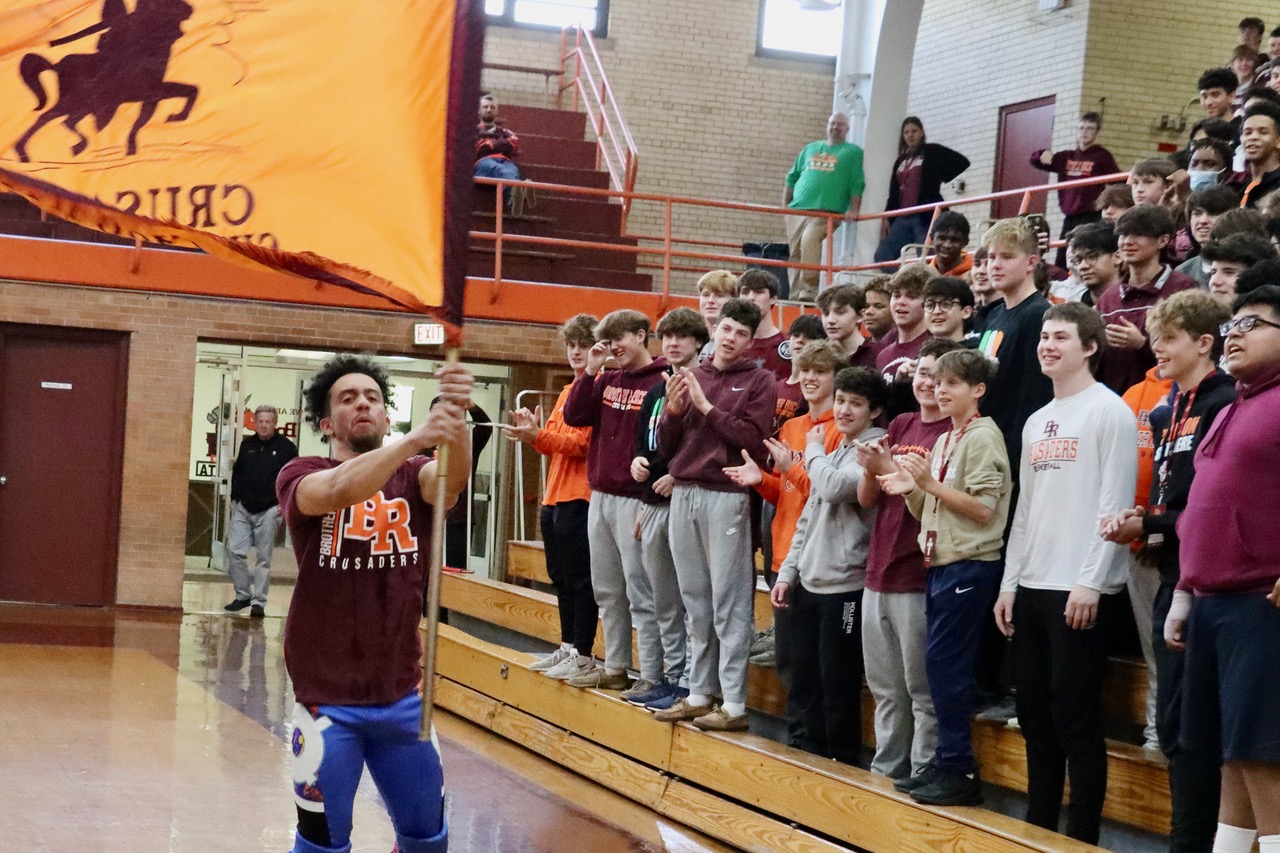 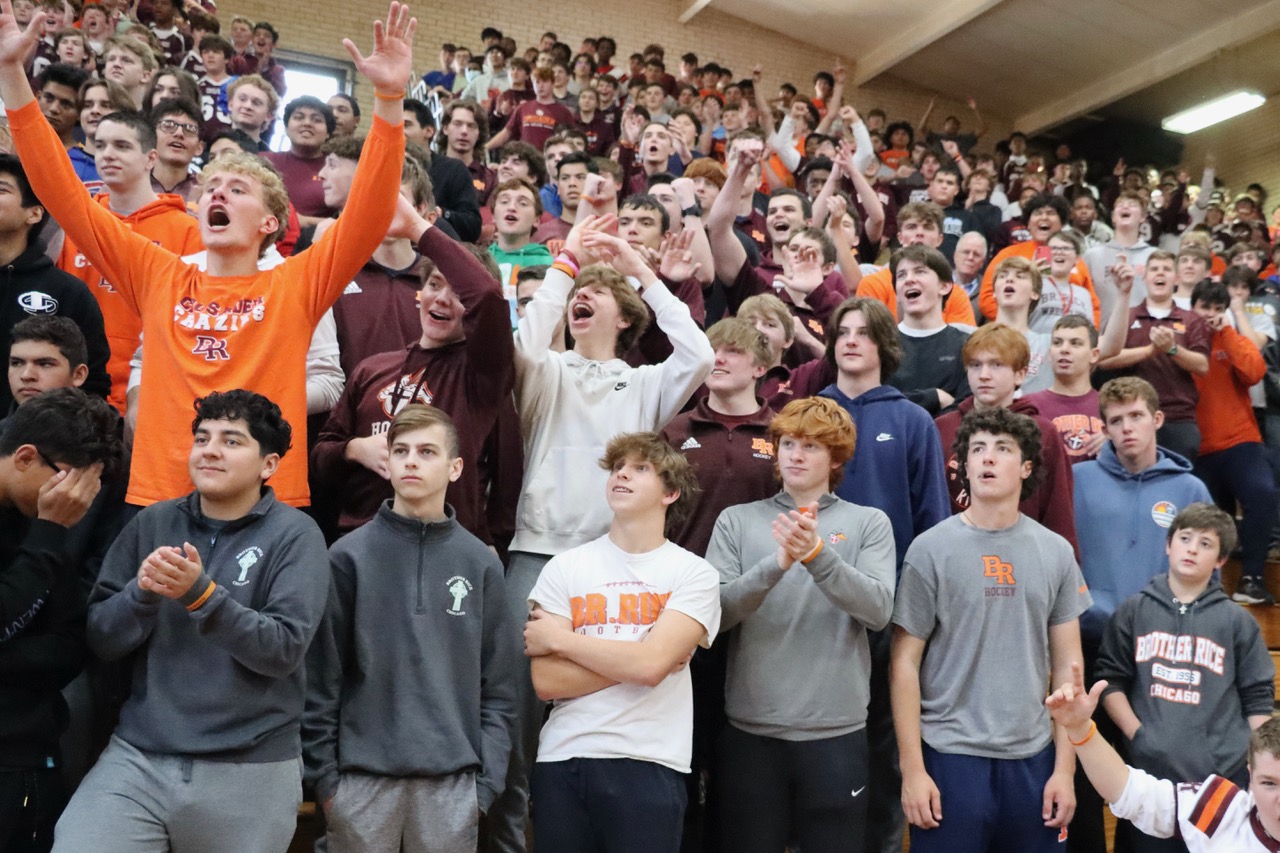