At the beginning of the 2021 Brother Rice football offseason, it was announced that longtime legendary head coach Brian Badke would be partaking in his last year as the Crusaders’ coach. With that in mind the team practiced harder than ever all offseason to ensure an amazing season for their coach to ride out in the sunset.

The captains, all being seniors, understood how hard they had to prepare for ¨Badke´s Last Ride.¨ Jack Lausch, Pat Galeher, Henry Boyer, and Rolando Sepulveda made sure to lead by example throughout all of summer camp and offseason workouts.

Lausch said, “With the team coming back this fall it was a big emphasis for us to get better every day and continue to grow as a unit.”

Lausch, the senior quarterback, understood how hard the team needed to work to achieve their goals. He held additional workouts and team pool parties during the summertime which built the team morale higher than ever.

Well, here we are at the end of the season and saying all the extra hard work put in paid off would be a massive understatement.

The Crusaders went 7-2, only losing to the #1 and #2 teams in the state by 7 or less respectfully. The Crusader offense averaged over 40 points per game with their lowest tally through the year being exactly 40. The Crusaders made two big statement wins over the Mount Carmel Caravan and the Marist Redhawks.

The Crusaders had 7 players nominated to the CCL All Conference Team. Also, senior quarterback Jack Lausch won the Lawless award, which is given to the best individual player in the conference.

Lausch thinks the team will do from here on out. He said, “The sky’s the limit for this team and we can reach our goals if we play as one.”

This season was a great way for Coach Badke to end his legendary tenure as the Crusaders head coach. However, it’s not over yet; the playoffs are only beginning. The Crusaders will truly make it a season to remember by winning the state championship. 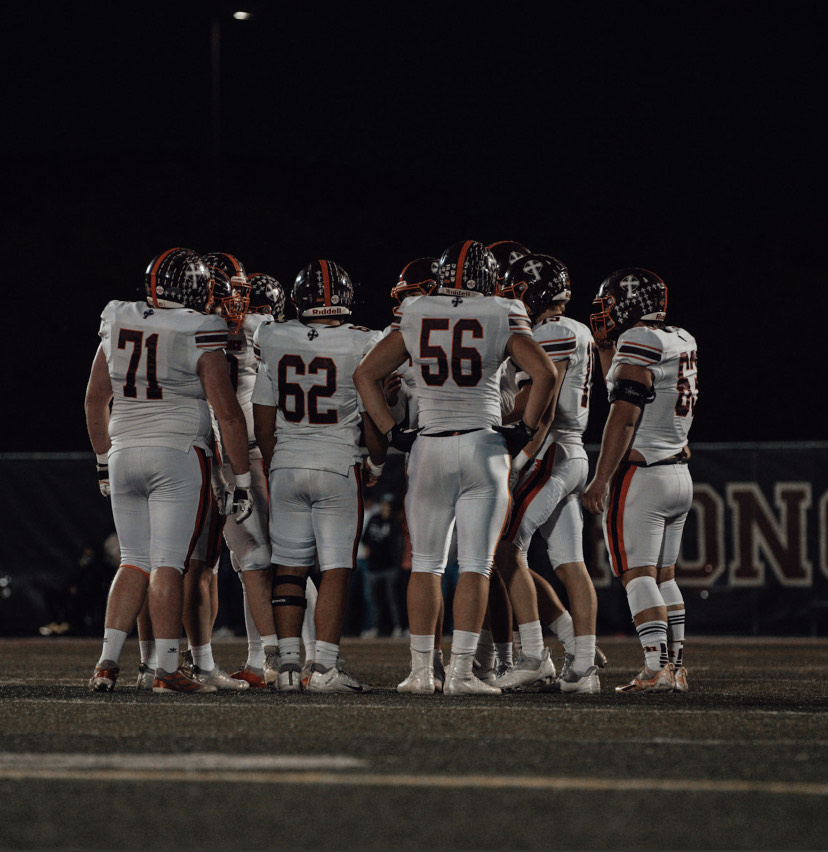