The Standard : Barstool Carl comes back to Brother Rice for Career Day

You always hear people say that celebrities are normal people just like us. I never really believed that until Career Day. Mike Sterk ‘05 aka Barstool Carl came and spoke to Ms. Pacetti’s sixth period class about his time at Brother Rice and his transition into his current career.

A bunch of kids were looking forward to hearing funny stories about Barstool Sports and the numerous athletes Carl has met. However, he stayed away from talking about that and gave us some really good advice about pursuing our passions.

“It was pretty cool to see how much of a genuine guy he was. He definitely was just like one of us,” said Tom Golon ‘22.

One thing that stood out was how passionate he was about his work. He mentioned that he was once working a job that he hated and felt like he was almost trapped. He doesn’t feel that he even works at all because he’s doing something not only he enjoys, but he’s talented at as well.

“I didn’t realize how much time it really takes to be in the position he’s in at Barstool.” said Liam Nelligan ‘22.

The coolest thing about the whole speech was just realizing how similar he is to us. He’s a Southside guy who went to Brother Rice and University of Illinois. The one difference is that he bet on himself and pursued his true passion. He emphasized that he’s not afraid to be himself.

“I really thought he was going to be goofy and funny but he was a pretty serious guy with a good intention of helping us pursue our dreams,” said Connor O’Malley ‘22.

It meant a lot to all of us that a guy like Mike Sterk, who made it so far up in such a popular company, still came back to his roots to challenge kids to follow in his footsteps. 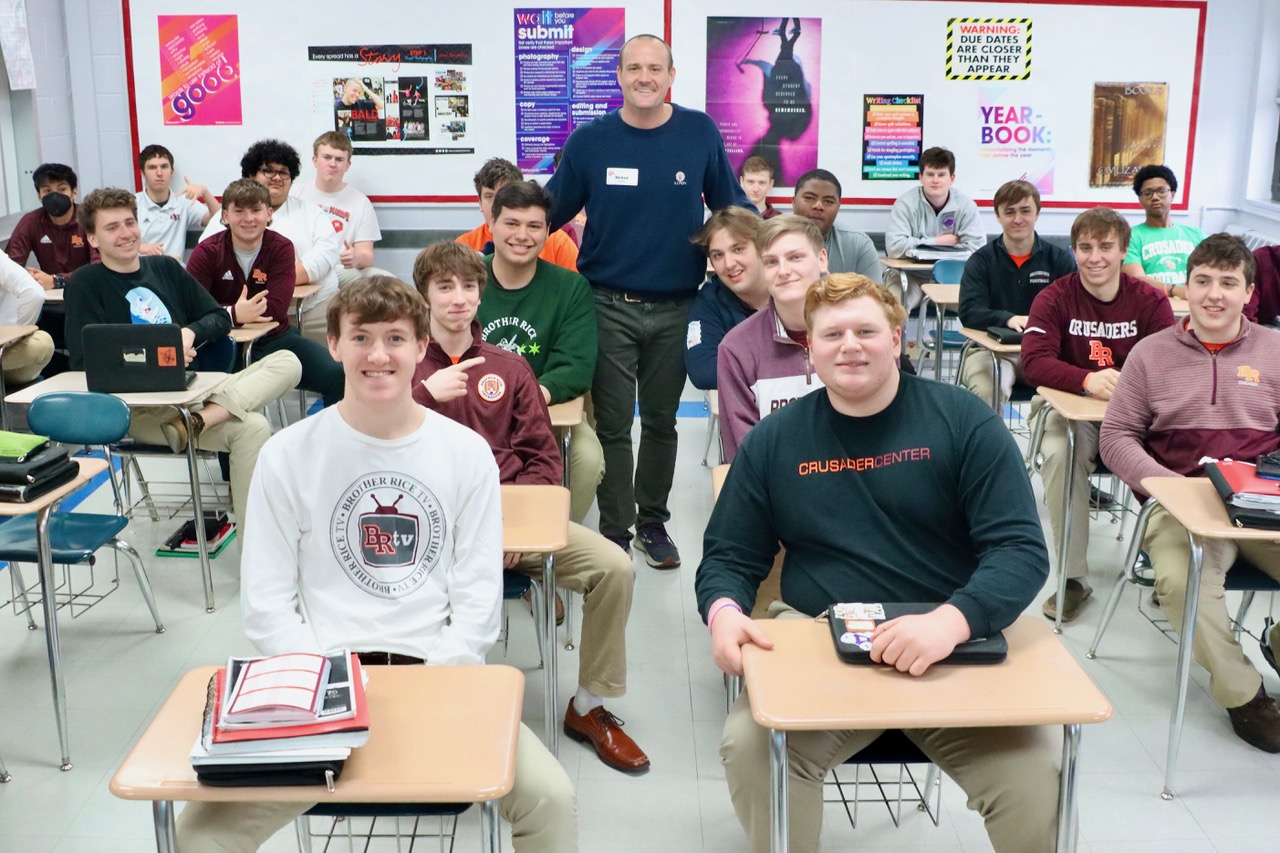 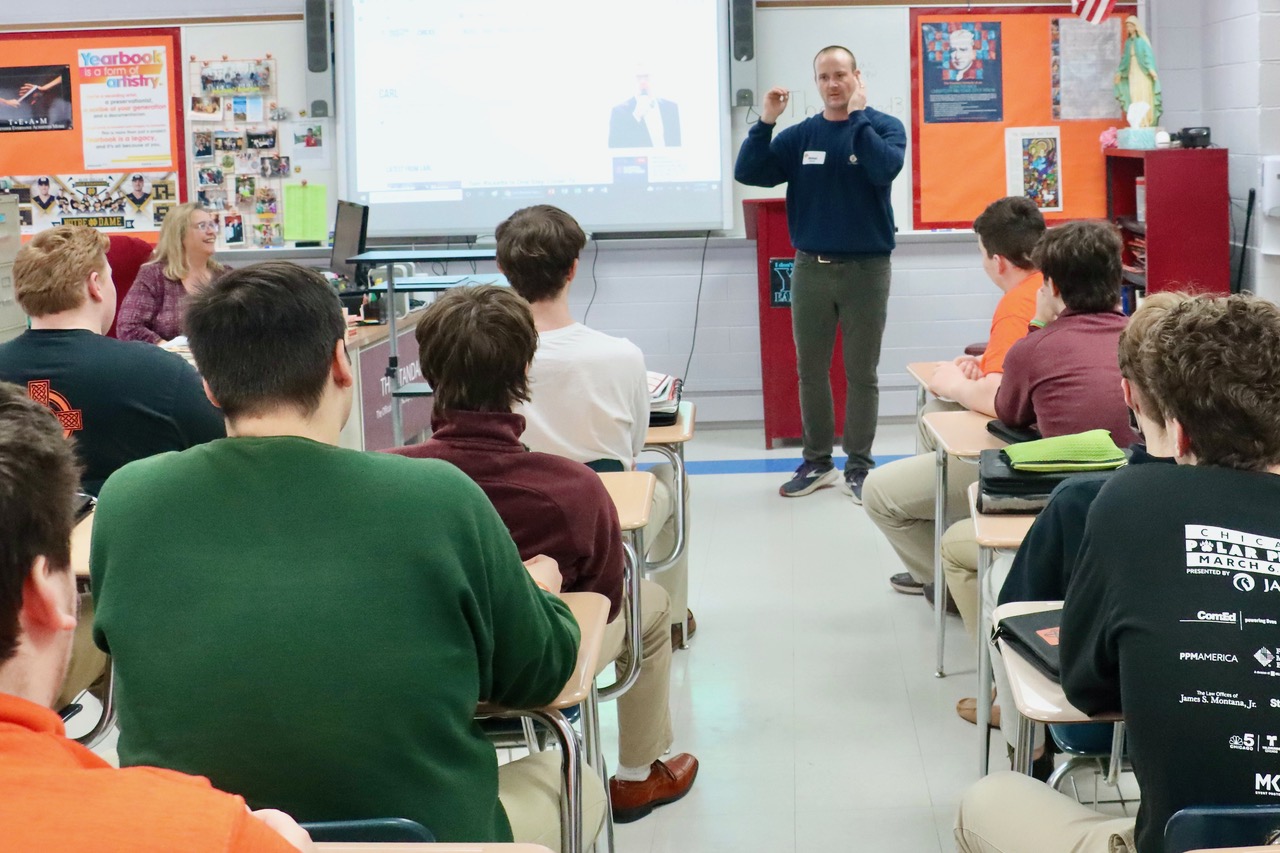