We’re just past the halfway point of the NFL season, and the road for the Chicago Bears is starting to get a little bit bumpy.

After a strong 5-1 start, the Bears have dropped their last three games. If there’s one thing that Bears fans have gotten used to, it’s unpredictability. Sometimes that’s a good thing. Sometimes it’s a bad thing. Right now it’s definitely a bad thin

The Bears’ quarterback problems are still far from being solved. Mitch Trubisky is out for the time being with a shoulder injury and Nick Foles is just not cutting it. If you go back to Week 3, when Foles took over, he looked like a beam of hope for the Bears. He came in for Trubisky in the third quarter and led the team to a comeback win over the Atlanta Falcons. Now, going into Week 10, after three straight losses, the Bears are desperately searching for a better option. Trubisky could be back by Week 12, but it’s really hard to tell what’s going to happen at the QB position for this team.

The Bears’ problems go way beyond the quarterback position. The whole offense has been dysfunctional lately. The offensive line has not been good. They’re already without three of their five starters, and the two remaining starters, Charles Leno Jr. and Germain Ifedi, have not been able to pick up the slack.

The blame can largely be put on Coach Matt Nagy. How much can an offense really do if their coach isn’t giving them anything to work with? Many of Nagy’s play calls seem to have very little rhyme or reason. It’s like a little kid playing video games and randomly clicking a button to pick a play. Nagy has acknowledged that there are plenty of issues with the offense, but does he know how to fix them? It doesn’t seem like it.

Now to focus on a positive – the Bears’ defense has been great. Despite the loss, last week the defense held Ryan Tannehill to 158 passing yards and Derrick Henry to 68 yards on 21 carries. Roquan Smith is looking like a breakout star. The line is looking good led by Akiem Hicks. The secondary is looking strong. Looking back at the season, there haven’t been any games that stand out as a bad defensive performance for the Bears.

Kicker Cairo Santos has proven to be another solid contributor for the Bears. As Bears’ fans know all too well, a reliable kicker is crucial. Santos has been just that. Despite the Bears’ recent struggles, Santos hasn’t missed a field goal in the last five games.

For as bad as it may feel right now for Bears fans, it could definitely be worse. 5-4 is not a horrible record and the division-leading Packers are only 6-3. The Bears’ playoff hopes may be dwindling but it’s never too late. A few lucky plays could turn the tables for the rest of the season. 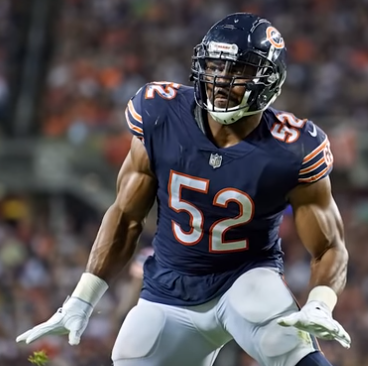 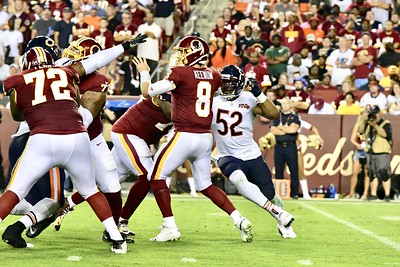 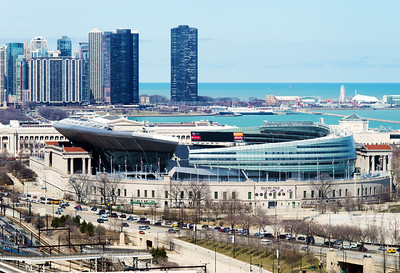 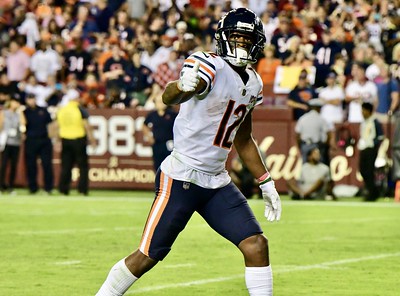