After a rollercoaster ride of a regular season, the Chicago Bears have earned a spot in the Wild Card round of the NFL Playoffs.  They hope to beat the odds and last until February.  They will first have to overcome some major obstacles.

On Sunday night of Super Wild Card Weekend, the Bears will face off against the New Orleans Saints.  The Saints are a very good team, and playmakers such as future Hall of Famer Drew Brees and four time Pro Bowler Alvin Kamara will make the game very challenging for Chicago.

According to USA Today, the spread for this game is -10 points in favor of the Saints. This means that betters must pick if the Saints will win by more or less than that amount.  This spread heavily favors the Saints, but no one should count Chicago out just yet.

The Bears will rely on their always stout defense and their running back David Montgomery who has emerged as a star in the last month of the regular season.  If the Bears establish the run game early and quarterback Mitchell Trubisky does not make too many risky decisions, this game is very winnable.

Senior Kevin Lynch said, “The Bears have definitely had an up-and-down season, but they have definitely been on a hot streak the past five games.  You never know what can happen during the playoffs.”

According to CBS Sports, the Bears should be confident because they are 6-3 with Mitch Trubisky under center, they ended the season “on a roll,” and tight end Jimmy Graham is the second best performing tight end in the NFC and will likely wreak havoc on the Saints.

Despite earning the second seed in the NFC this year, the Saints are not an unbeatable team.  They recently lost to an Eagles team with merely four wins, and Drew Brees has battled injuries all season.  This is anyone’s game.

The Bears game will make history as the first NFL game to ever be aired on Nickelodeon, a children’s cartoons television channel.  The game will feature slime cannon animations in the end zone for every touchdown scored, a Spongebob-themed net behind the goal post, and the winning coach will have a bucket of slime dumped onto his head after the game.

Senior Adam Homel spoke to me about the controversial changes to the Bears game.  He said, “I understand that they are trying to bring in a younger audience; I just hope that they do not take too much attention away from the game with their antics.”

If Coach Nagy is the coach covered in slime on Sunday night, the Bears will move on to the Divisional Round.  There, they will face off against the Green Bay Packers for the third time this season.

The Packers have beaten the Bears in both of their meetings this season, but the Bears still cannot be counted out.  Many Bears teams have ruined the Packers playoff hopes in the past.  Just two years ago with a very similar Bears roster, Chicago knocked the Packers out of the playoff race in week 15.

If the Bears accomplish the feat of knocking out the Saints and Packers, they would move on to play in the NFC Conference Championship.  Here they could possibly match up with the Buccaneers, Rams, Seahawks, or Washington Football Team.  After beating the two best teams in the NFC, any of those teams would be easy in comparison.

The Super Bowl would prove to be a challenging game for the Bears.  There are seven AFC teams that can possibly play in the game, but the Chiefs and Bills are the most likely candidates.  Both of these opponents would be greatly favored over the Bears, but Chicago would have enormous momentum going into the game after steamrolling through the NFC.

A Bears victory would be tremendous for Chicago sports fans.  The team has not made it to the Super Bowl since 2006 and they have not won the game since 1986.  Success on this level would give Coach Nagy and Mitchell Trubisky the job security that they have been seeking after recent shaky performances.  It would also restore the fans’ faith in the team ownership who has been criticized for decades for settling for mediocrity.

Senior Michael Lynch is one of those critical fans.  He said, “I hope that Mitch Trubisky and Coach Nagy come out and play aggressive since their careers are on the line.”

In an article by the Chicago Tribune, Coach Nagy said, “What I’ve learned as a head coach is that it’s not always going to be perfect, and there’s going to be tough times,” Nagy said Wednesday. “And so how do you handle those tough times? And that’s where I think you lean on the people that you started it with. … (General manager Ryan Pace) is the first one in my corner that has my back that is there to try and help and support. …”  This should give Bears fans confidence that the team has learned from its poor performance midseason and is ready to make the next step into becoming one of the NFLs elite teams.

The playoffs are an exciting time for football fans where anything can happen.  Our strong defense and the emergence of our running game should give hope to all Bears fans that the team may beat the odds.  Hopefully, you will be reading a Super Bowl recap article in February. 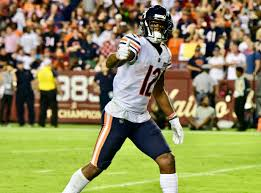 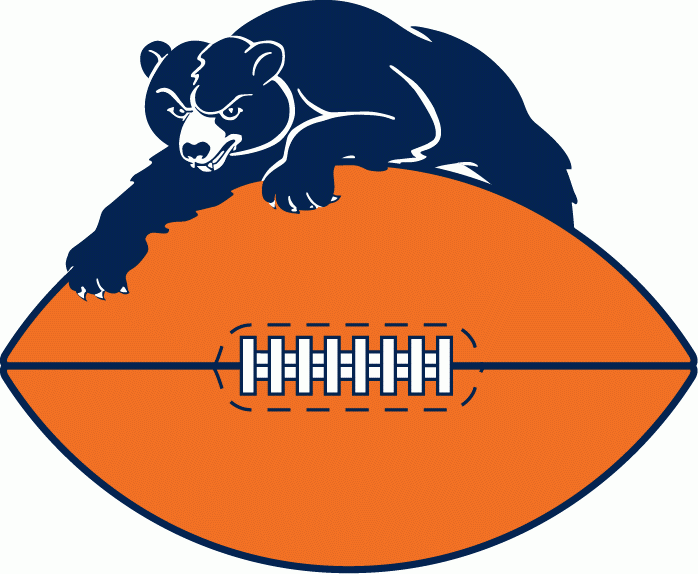