On Friday, Sept. 10, Brother Rice celebrated Senior Night in honor of the all the boys and girls involved with the football program in the fall. This year, Brother Rice decided to honor another group of people those who keep us safe every day.

Brother Rice hosted First Responders Night honoring the countless brave men and women within the community who have served our country as first responders or military veterans. T-shirts with a red and blue stripe across the BR logo were given out that night to fit the theme. Mr. Vogt’s Broadcast Journalism class even put together a short tribute video for our first responders which played on BRTV’s coverage of the game and was posted to the Brother Rice Youtube channel.

Things kicked off early with the Senior Night ceremony for the football players, cheerleaders, and band members who have worked so hard for four years to make the football game nights in the fall memorable.

Just before kickoff, Brother Rice invited first responders and any members of the military to walk onto the field as they were welcomed by the Chicago Police Emerald Society and applauded by the crowd. With the 20th anniversary of 9/11 coming up the following morning, it was a great time to show our respect to the men and women who protect and serve our country. The Mother McAuley Choir sang “God Bless America” which was followed by the Brother Rice/Mother McAuley Band’s playing of “The National Anthem.”

The highlight of all the tributes that night was the 14 seats left unoccupied along the sideline. Thirteen seats were left for the 13 US troops killed during a terrorist attack at Kabul Airport in Afghanistan. The fourteenth seat was for Chicago Police Officer Ella French, who lost her life on duty in early August during a traffic stop shooting.

The Brother Rice community remembered the heroes who died on the 20th anniversary of 9/11, our own community first responders, as well as the countless others who have died fighting for our American freedoms. 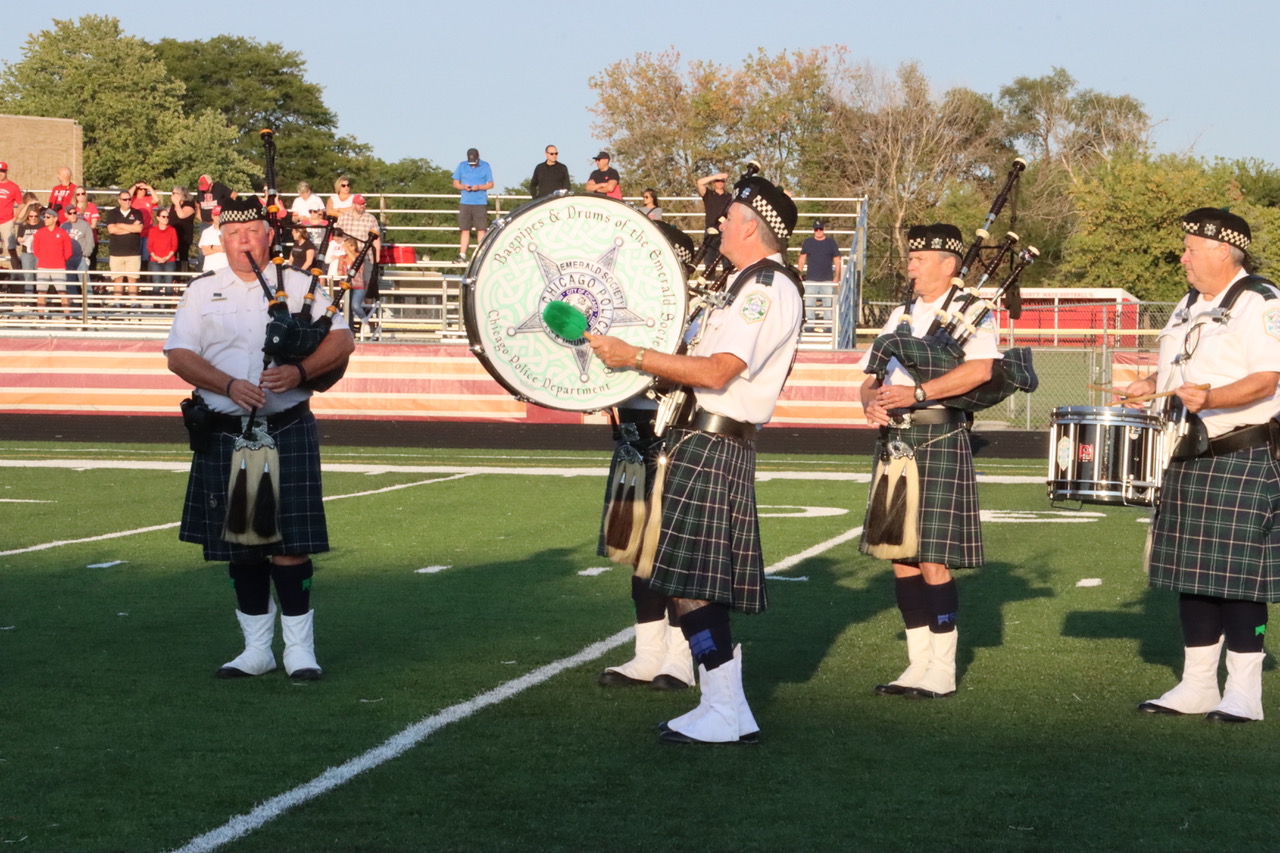