The Crusaders started out hot and took an early 8-2 lead before Montini called a timeout. After the timeout, the Crusaders played outstanding defense and hit multiple shots on the offensive end. Garrett Greene had seven early points to lead the Crusaders in scoring. Cullen Cosme facilitated the offense and tallied multiple assists to keep the Crusaders rolling. Ahmad Henderson and Brandon Bryant were active defensively and had multiple steals which led to easy buckets on the other end. Brother Rice led Montini 29-12 at the end of the first quarter

“That was one of our best quarters so far this season. If we consistently play like that, we will be a top contender in the CCL,” said junior basketball player Dylan Warda.

In the second quarter, the Broncos played great team defense and made a few transition baskets on the other end. They started to get their offense going, but the strong interior defense from forwards Luke Moustakas and Frank Cunnea overpowered the Broncos and forced them to take tough shots. The Crusaders headed into halftime with a comfortable 16 point lead.

“When we are all locked in and enthusiastic on the defensive end, we are at our best,” said senior Frank Cunnea.

The second half was dominated by the Crusaders. They were able to get whatever shot they wanted on offense, and were superb defensively. Luke Moustakas and Cullen Cosme were active on the glass, and led the team in rebounding. Nick Harrell was outstanding for the Crusaders’ offense and scored eight second-half points.

At the end of the game, Brother Rice defeated Montini 71-46. Garrett Greene, Ahmad Henderson, and Nick Harrell each scored 12 points to lead the Crusader offense. Cullen Cosme played solid perimeter defense and was a key part on the offensive end. Luke Moustakas corralled eight rebounds for the Crusaders. Frank Cunnea and Brandon Bryant were both crucial pieces of Brother Rice’s defense, and were able to shut down multiple Broncos.

“We have a very well rounded team this year. I feel as if everyone on this team plays well with each other and no matter who is on the floor, we always have a chance to win,” said senior Luke Moustakas. 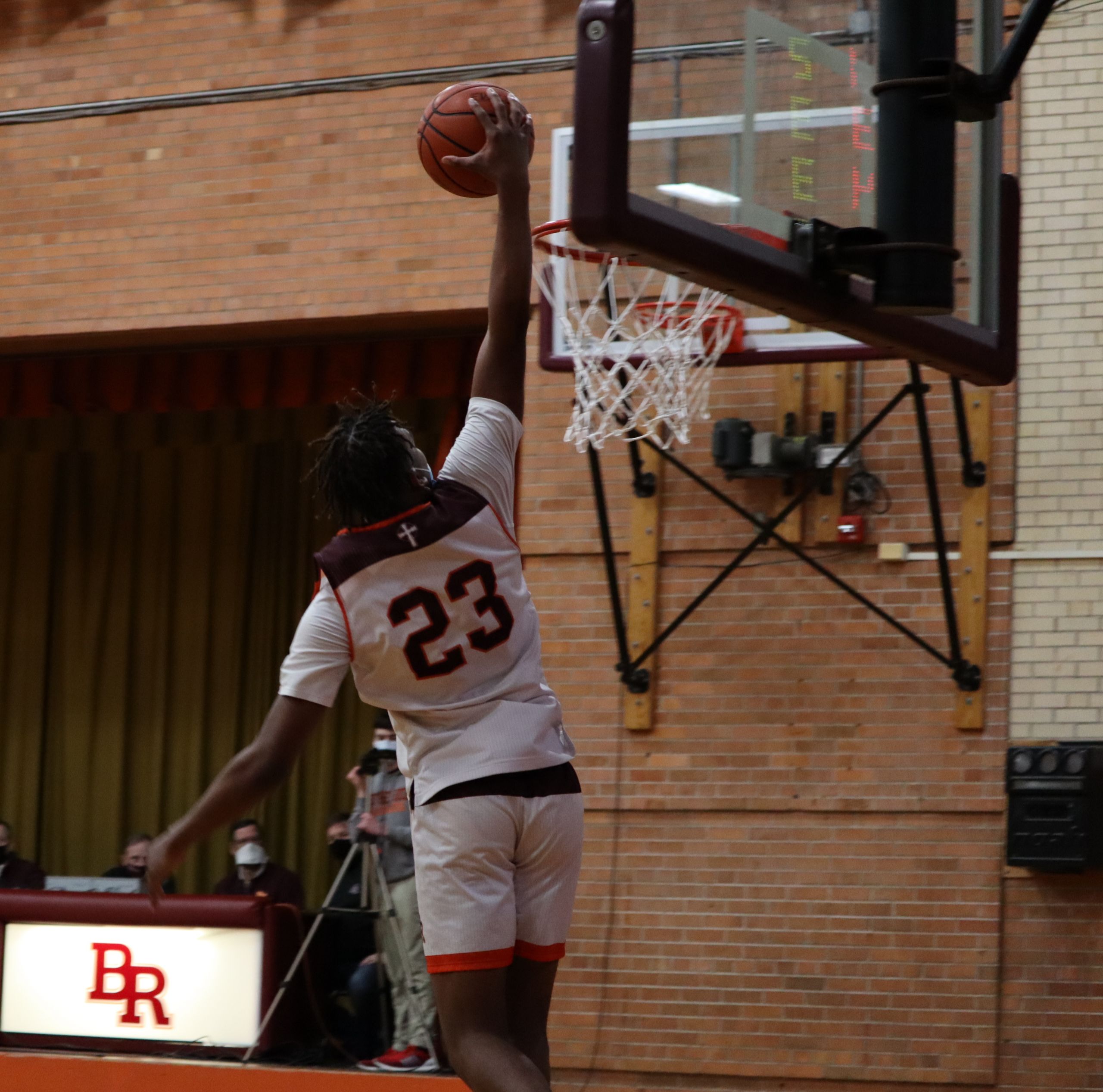