Starting this year, the Brother Rice Student Council is hoping that going forward they can hold monthly events for the students.

The Student Council believes many of the events can become yearly traditions for the students and staff. The most recent event is one that can definitely become a fall tradition at Brother Rice.

On Tuesday, Nov. 17, the Brother Rice Student Council held their inaugural flag football 7 on 7. Teams made up of Brother Rice students of all ages battled it out while fighting for the title. In the end, the evening came down to two teams of upperclassmen who were determined to win.

Brother Rice Dean of Students Mr. Prunckle said, “The flag football idea came from the student council officers. Most families host annual turkey bowls and we thought that it would be a well- received event. Flag football allows for limited contact and we took extra precautions like masks and social distance when possible. All of the players were incredibly cooperative, and we were able to pull off an incredibly successful event in the midst of a pandemic.”

The game went back and forth between the two teams. O’Connor’s team was paced behind scores from seniors Justin Hardiek, Quinn Clifford, and Aidan O’Connor. Mick Badke and Luke Kedzierski had huge touchdowns for Botta’s team. Yet, the game still ended up coming down to one final play. Team Botta ended up defeating O’Connor’s squad 28-21 to win the championship. Junior Khary Shaw was awarded the MVP of the event after his spectacular game-winning touchdown grab.

Senior Jack Botta said, “It was a great time for everyone to be out there on the new turf. Despite the pandemic, I believe everyone had a really great time playing under the lights.”

Senior Kevin O’Connell said, “The flag football tournament was a fun way to bring the school together during a stressful school year. I would participate in a similar event even just to see friends I don’t see at school because they are in the other hybrid group.”

The Student Council says that they are always looking for ideas for events and if anyone has one, talk to Mr. Prunckle. 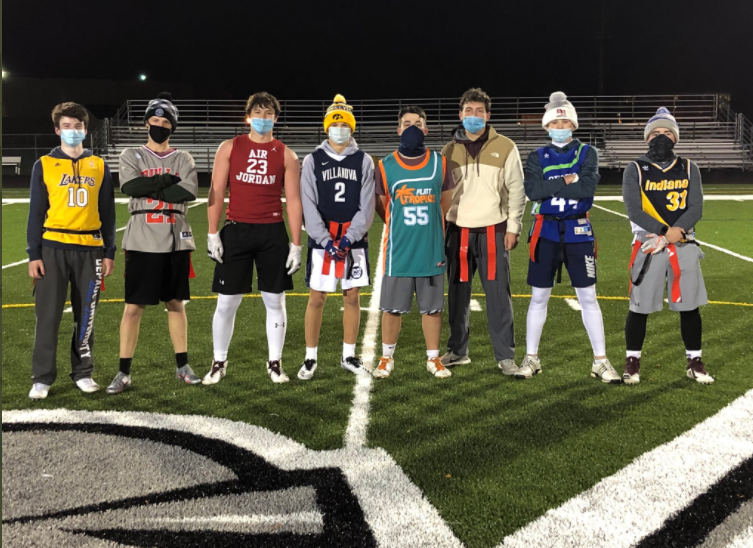 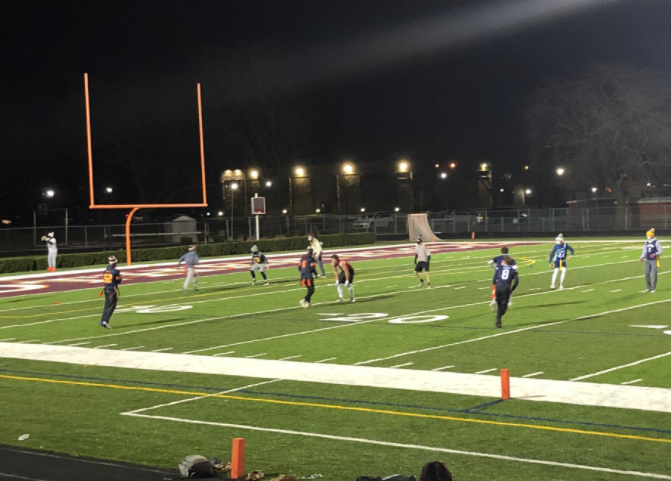