As high school sports start back up in Illinois, fans are dying to cheer on their favorite teams. Unfortunately, COVID-19 restrictions are keeping fans out of the gym.

Thankfully, Crusader Nation has BRTV to help out.

Brother Rice TV has been broadcasting every home basketball game. Fans are now able to cheer on the Crusaders from their living rooms.

The members of BRTV do a live play-by-play analysis for the varsity and sophomore games. They also live-stream the freshman games on Youtube. They even have commercials and food endorsements during halftime and other breaks.

Recently, Brother Rice TV called the biggest game of the year. They broadcasted the Rice-Marist game to hundreds of viewers at home. The broadcast began with a recap of the famous Southside rivalry. It showed short clips from previous games and also included many statistics. The viewers at home even witnessed a Coach Frasor dunk from 2005.

Overall, the BRTV crew has done a great job keeping fans in the loop. The main announcers are Conor Durkin, Aidan O’Connor, Kevin O’Connell, and Jack DeMatteo. Each one has their unique style and input about the game and players.

Whether Conor is screaming after a game-winning shot, or Aidan is talking about the wings at the Whistle, there is never a dull moment on BRTV.

BRTV has greatly improved in recent years. Mr. Creed and his announcers are prepared, excited, and motivated before each game. They are always creating new videos and edits for our athletes.

Conor Durkin said, “When I think of the meaning of BRTV, I think of a chance to do something that I am passionate about.”

BRTV also helps students become a part of the exciting sports atmosphere even if they are not on the team. The announcers are right in the middle of all the action.

Aidan O’Connor said, “Although I only play two sports, I get to experience the best moments of all of them.”

Many BRTV alums are entering the broadcast field. A famous Brother Rice announcer, Brendan Reidy, just began a broadcasting job in Quincy, IL. He is pursuing his passion at the next level thanks to BRTV.

A current member, Kevin O’Connell said, “BRTV has given me the skills I need to succeed in sports media.” Any member of BRTV can enter the broadcasting world with lots of knowledge and experience behind the mic. Even if BRTV members do not pursue broadcasting after high school, the memories and laughs are well worth it.

BRTV has become an essential part of the Brother Rice community. They are the voice behind all the game-winning plays and shots.

Thank you, Brother Rice TV, for bringing the game to Crusader Nation during these difficult times. Keep up the good work! 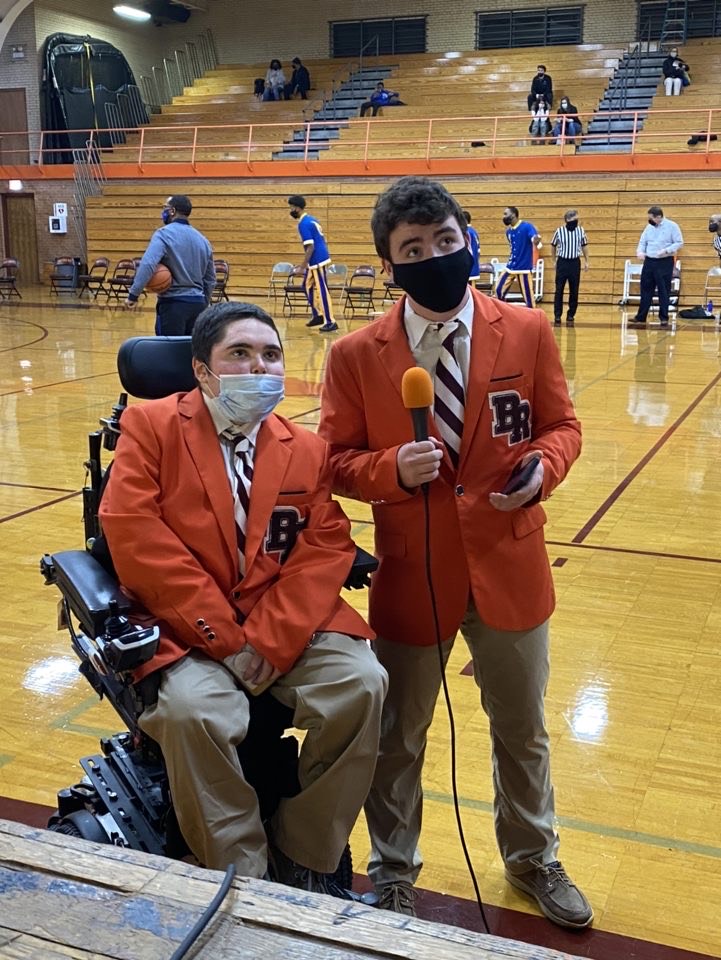 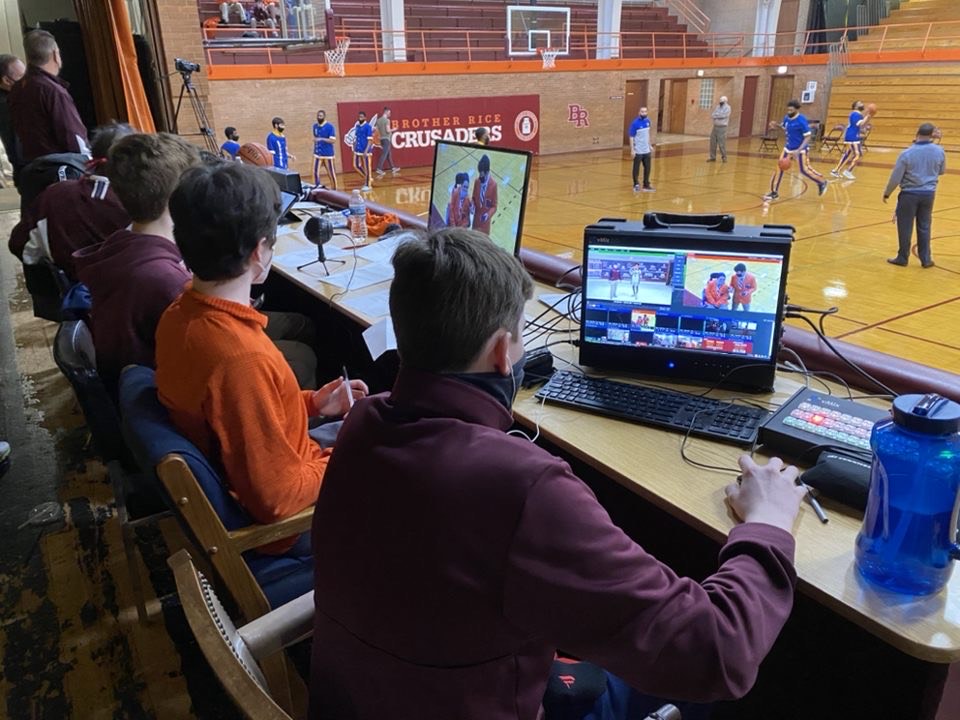 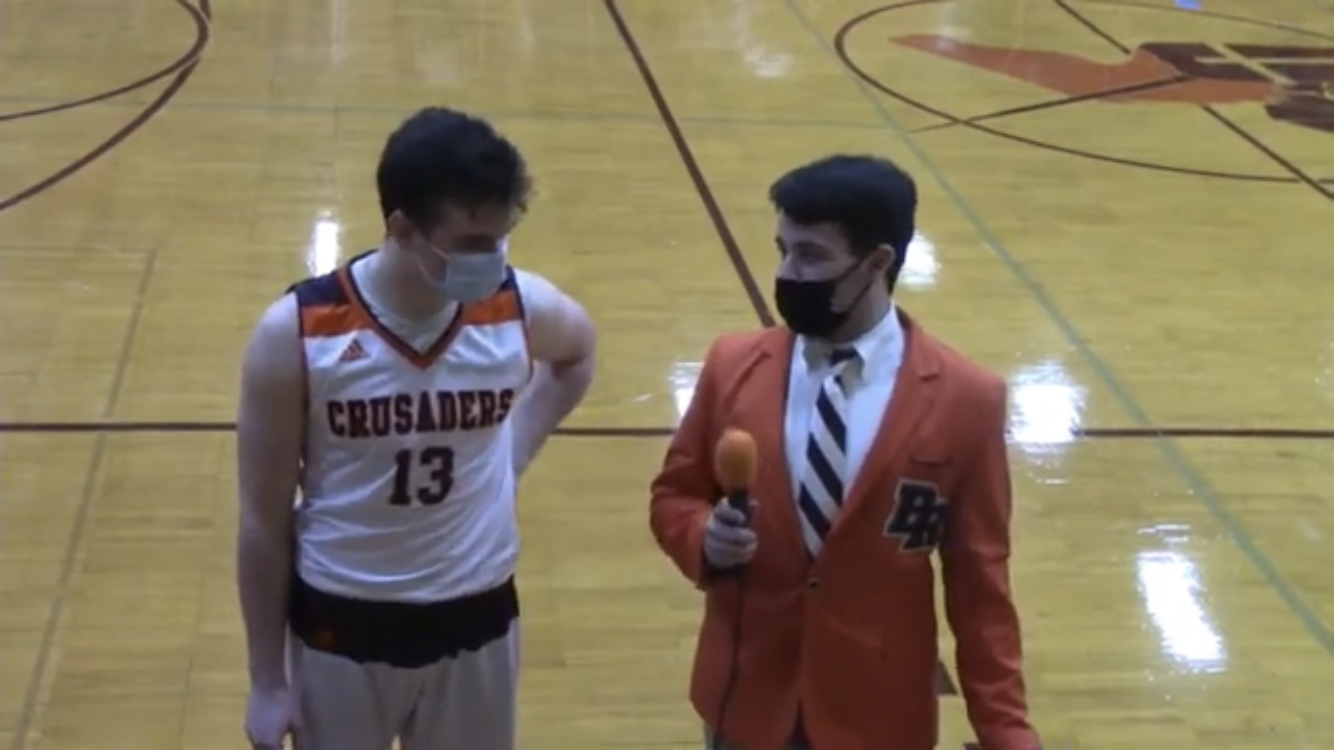