The past three weeks have been very exciting for the cross country team as they competed in a very unconventional state series.

October 24 marked the regional championship held at the Ag School.  In the days leading up to this race, the coaches devised a plan for the team to beat an equally matched Richard’s squad.  Our top two runners were to stick with their first, and our third through sixth were to stay with their fourth man.

As a result of this great team effort, Brother Rice won its third straight regional championship.

Freshman Charley Duggan expressed that it felt great to be a member of this winning team and was happy that all of the coaches’ and runners’ hard work paid off.

October 13 was the date of the sectional meet.  It was also the last race on the IHSA schedule for cross country since the pandemic made it difficult to host the state meet.

Senior Eddie Burke said that the running at Detweiller was “amazing” and that he “couldn’t have asked for a better sectional.”

Junior Sean McNally agreed with this sentiment and said, “It was awesome to be able to race there.  Many people that I talked to were glad that they could even make it there, state meet or not.”

The sectional championship was very unique.  The race was broken down into “flights” where four tiny races were held and every team only sent one or two runners to the line for each race.  This hurt Brother Rice since we have a pack of five guys who would have otherwise run the whole race together.

The Crusaders’ goal at Detweiller was to earn a spot at the ShaZam Racing High School Division II XC Championships, a third-party event held in lieu of the IHSA State Championship.  We predicted that we would need to earn fifth place or better in order to accomplish our goal.

Unfortunately, the team placed eighth and did not earn a ticket to the ShaZam Championships.  However, Eddie Burke and Mikey Corcoran performed well enough to make it as individuals.

The whole team made the trip to watch them run.  Both Mikey and Eddie ran as well as they could on a very difficult course.

Senior Mikey Corcoran said, “We had a tough race.  The course was very hilly and we ran against some of the best guys in the state.” He also expressed that he thinks that the pair ran well and that he is looking forward to the beginning of track season.

I think the whole team is glad that we had as full of a season as we did despite COVID-19.  It looks as though the team’s recent success will continue for years to come thanks to some very talented young runners and the devotion of our coaches. 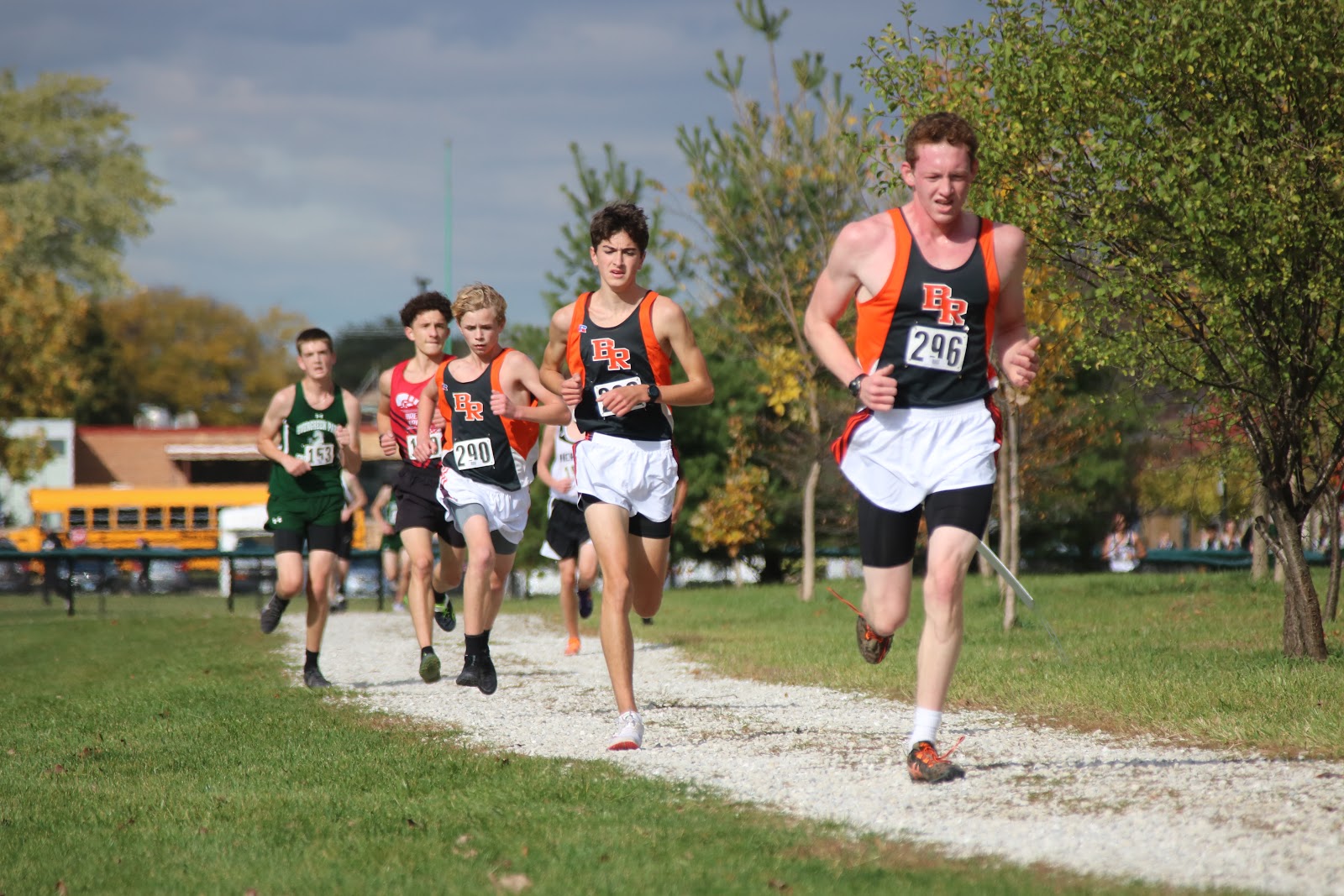 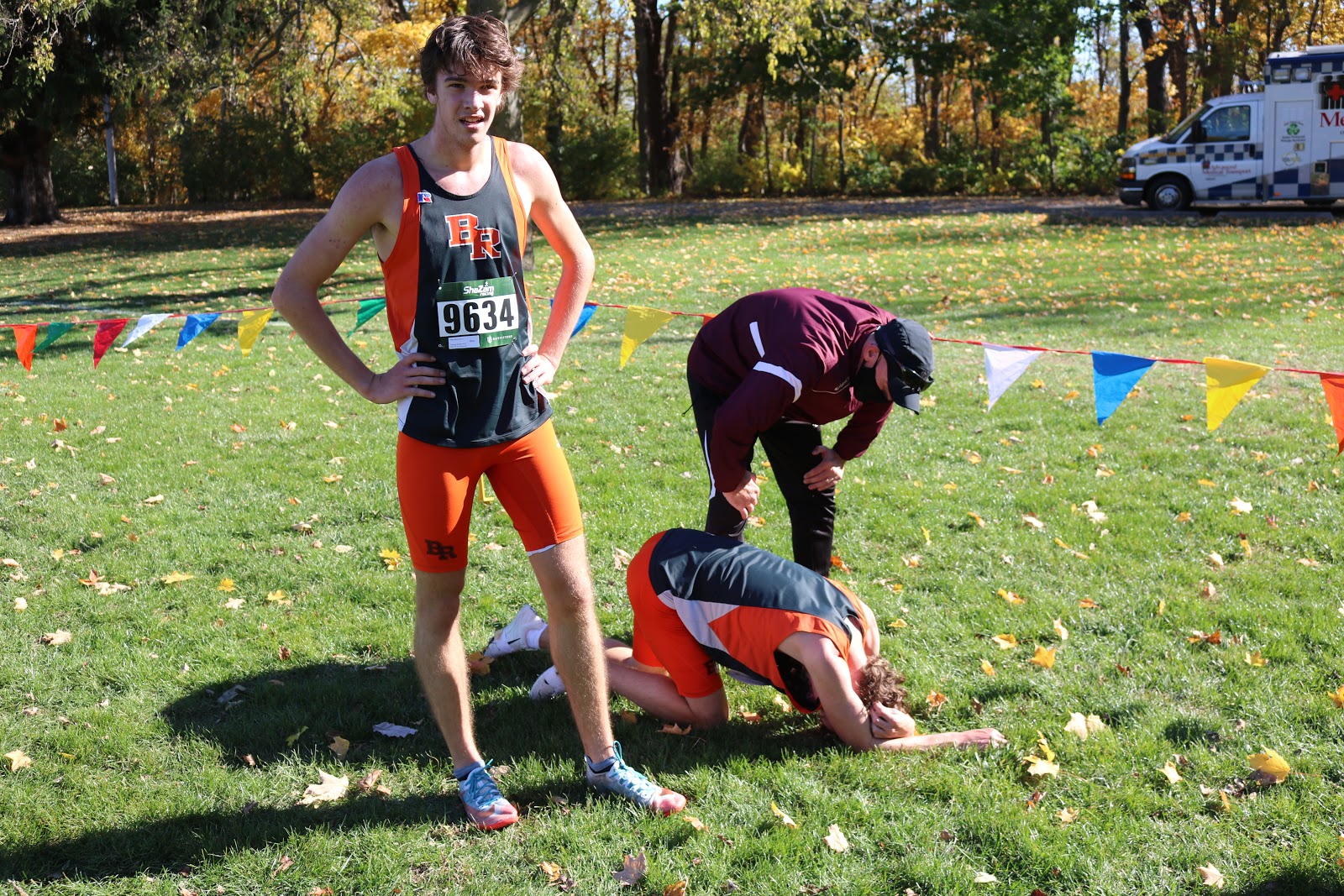 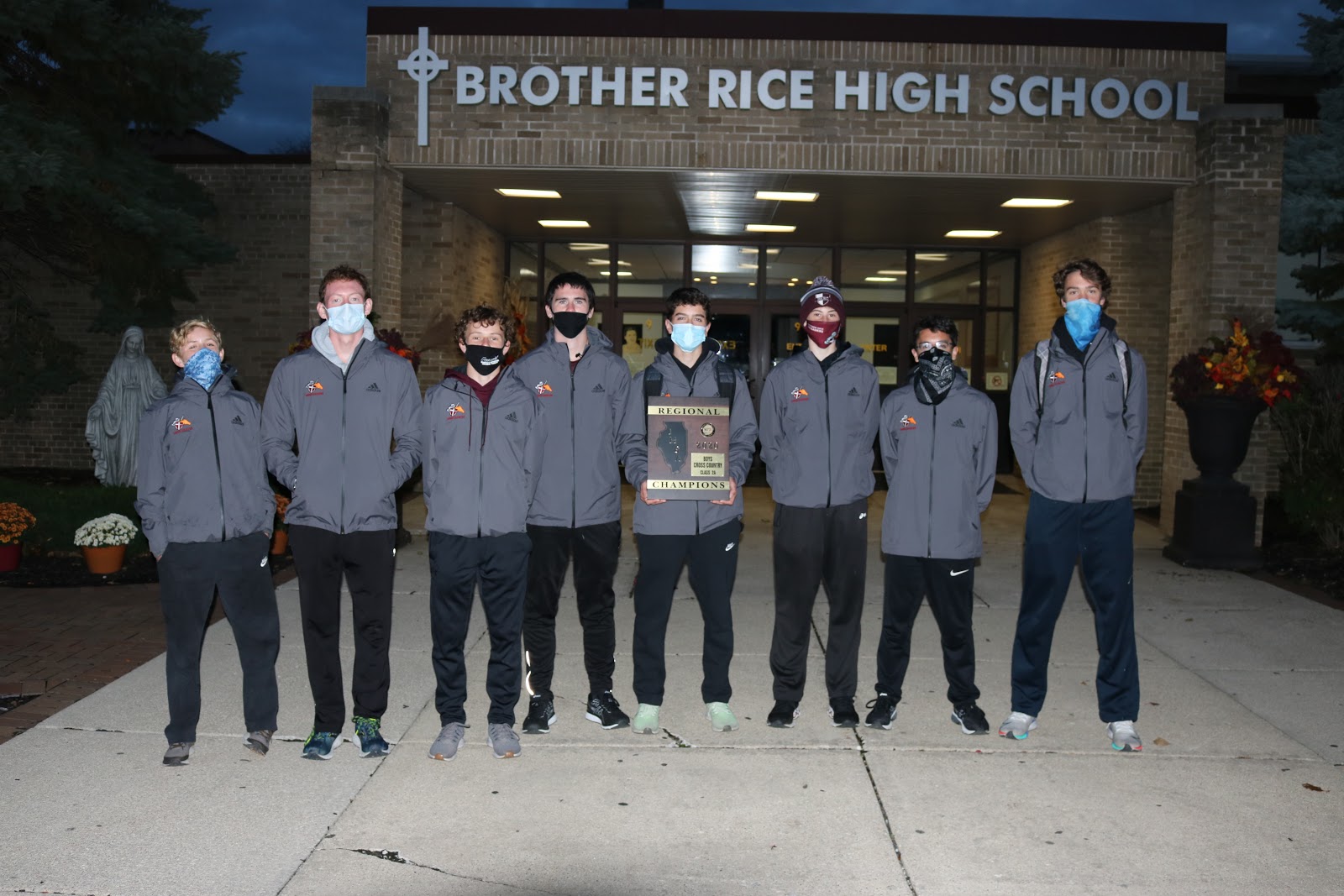