Last night Brother Rice basketball lost to a very tough DePaul Prep team. The Crusaders fell to 21-5 (10-2 in conf.) with a 49-39 loss. This loss pushes the Crusaders back even further in the Catholic League race. Leo beating St. Rita which helps keep the Lions in first place last night didn’t help.

Coming off two losses prior, Brother Rice looked to bounce back last night. With forward Jayden Watson out due to injury, the Crusaders were faced with an uphill battle. DePaul Prep had a key size advantage, but some key minutes from Jack Lausch and Ryan Kenney helped to combat the inside attack.

This game was an old fashioned slugfest, with teams trading blows throughout all four quarters. Ahmad Henderson led the way for Brother Rice with 20 points on the night.

Two key factors paved the way for a DePaul Prep Rams victory last night. Turnovers and a lack of rebounding led to more points and possessions in favor of the Rams.

With some big games, such as Mount Carmel and St. Rita coming up on their schedule, I caught up with some of the Crusader players to get their thoughts on the game.

“Our mindset now is that we need to look in the mirror and see what we have to do to get better and bound back because the road only gets tougher from here,” said junior Ahmad Henderson.

“This is a point in the season where we need to learn and grow and be ready to compete,” said senior Jack Lausch. “We have some big games coming up and we need to bounce back strong.”

Junior Ryan Gierhahn said, “I just think we need to get focused for this second half of the season with the playoffs coming up. Coming off three straight losses is tough for most teams but we have the opportunity to bounce back against teams like Mount Carmel and St. Rita. We will be ready.”

While the Crusaders are on a downward slope at the moment in their path towards success, there is a great opportunity to prove haters wrong with their game on Friday. Coach Phil Segroves and the Caravan will be ready, but being able to witness what Coach Frasor brings to the table, I think the Crusaders are ready to put up a fight. 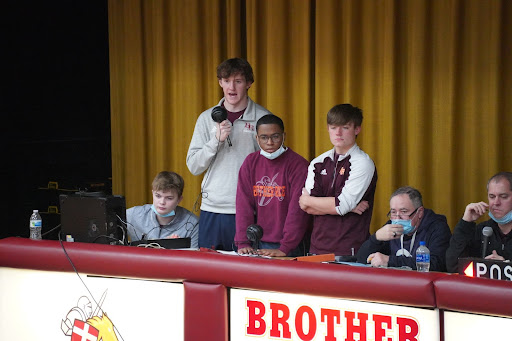 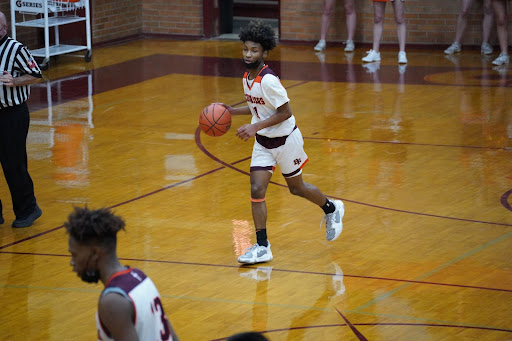