The Standard: Crusaders Take Down the Caravan in the Last Game of the Year

The Crusaders had a huge win Friday night beating the Mount Carmel Caravan 20-13 to cap off an unheralded six-game spring football season. Senior Night was a great success honoring the 20 seniors for all their hard work and dedication.

The Crusader offense came out hot and ready to go, scoring on their first drive set up by senior wide receiver Dwayne Moorehead’s 60-yard reception. Quarterback Jack Lausch finished the drive with a 1-yard touchdown run to take the lead early in the 1st quarter.

Moorehead said, “It was great to take an early lead; when I got the ball in my hands I just wanted to make a play. We knew we could score on them and capitalize on our opportunities, not only early but all game.”

The Caravan would score on a 1-yard touchdown run by Illinois recruit Kennena Odeluga on 4th and 1, but it looked like he was short.

Junior linebacker Rolando Sepulveda said, “I thought he was short; we played tough down on the goal-line forcing them to 4th down. Looking back on the film, I think we’ll see that he was short.” Unfortunately, there is no video replay in high school sports, but it looks like the decision of the referee would have been overturned.

After both teams going 3-and-out in their next possessions. Willie Shaw burst through the line of scrimmage for a 60-yard touchdown run to take the lead 13-7 going into halftime.

After a scoreless defensive 3rd quarter both teams had opportunities to score and both star Quarterbacks threw interceptions near the goal line going into score. Jack Lausch responded by rolling out and throwing a perfect ball to junior receiver Khary Shaw to take the lead 20-7 early in the 4th quarter.

“I was just trying to make a play. That was a huge drive.” said Lausch.

The Crusaders recovered the on-side kick and had the opportunity to run out the clock but the Caravan stopped the Crusaders. Jack Lausch had a great punt on 4th down, pinning the Caravan on their own 1-yard line with under a minute to go.

Mikey Fahy would seal the game with an interception and the Crusaders ran out the clock.

The Crusaders improved to 4-2 to end the spring football season. 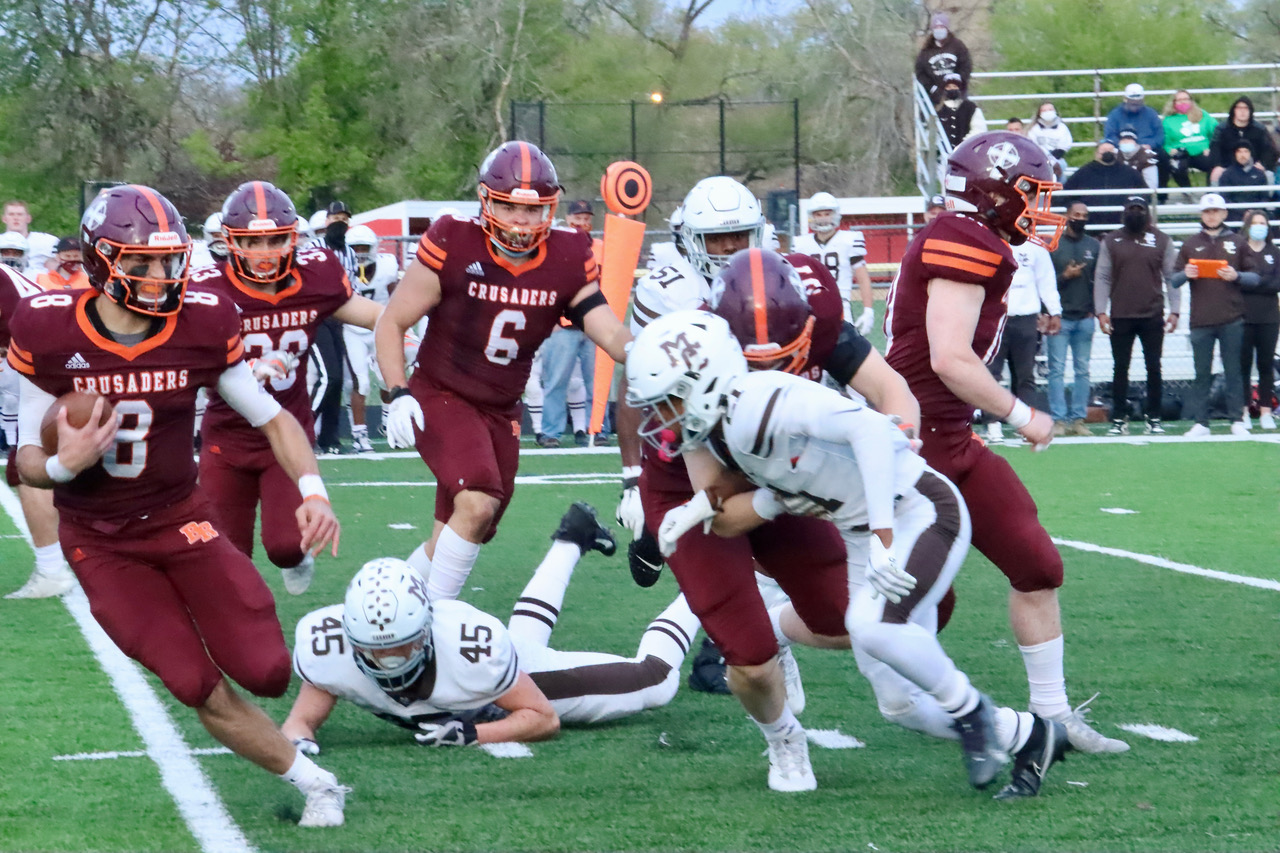 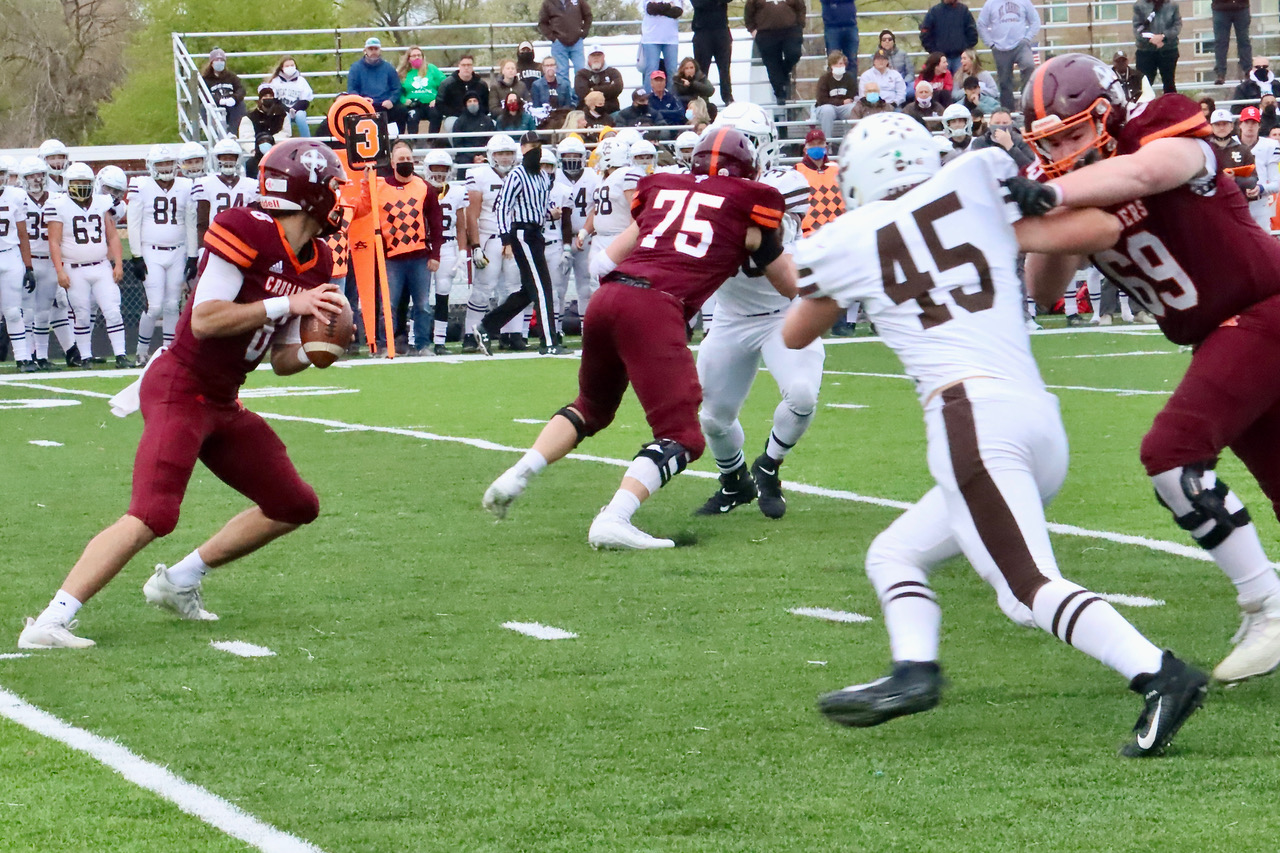