The Standard: Disney with the Band

Over winter break, I was able to have some once in a lifetime opportunities.

With the Brother Rice band, I was able to march down Main Street at Disney World and work with Disney’s studio director to record our music.

It was a dream come true.

I haven’t gone to Disney since I was five or six, so this was pretty much my first time making memories I will remember there.

On the first day, we had to be at school by 3 a.m., which meant I had to wake up at 2 a.m. since I lived far. After the early wake-up, we headed to the airport, and on our way to Animal Kingdom.

While in Animal Kingdom, we just went on rides and had fun. We didn’t actually start doing band stuff until the next day.

Seamus Quinn, a junior in my small group, said, “A fun story from Animal Kingdom was when we spent 45 minutes looking for ice cream for Jeffrey.”

After we got back to the hotel, we had a big pizza dinner. After dinner, some people stayed in their rooms and played games, while others had chicken fights in the pool and relaxed in the hot tub.

On the next day, we went to the Magic Kingdom where we started our band performance. While there, we got the chance to march down Main Street in our own parade, while also being able to go on a lot of rides.

The parade was probably my favorite experience of the whole trip because everyone who watched was there to see only us. Also, it was really cool to march while also seeing the castle next to and behind us.

With the rides, it was cool to ride all the rides again. I used to be scared of roller coasters, especially since I last went in kindergarten, so going again while older was eye-opening. The best part was having my friends alongside me the whole time.

Ayla Dzurak, a senior girl in my Disney group, said, “Overall, the trip was a lot of fun. The Magic Kingdom was beautiful. Making memories with my group was awesome, and Space Mountain and Splash Mountain were the superior rides!”

We had to force Ayla on a lot of the rides since she was afraid. I am happy she loved the rides.

On the next day, our band had a clinic in the recording studio for Disney. While there, we sight-read some Disney music and recorded it. After, we played and recorded music to the movie “Moana.”  This was another one of my favorite experiences because this was a once in a lifetime, and made me feel like a professional musician.

After the clinic, we spent the rest of the day at EPCOT. The rides at Epcot may of not have been the best, but the food was amazing.

When I was there, I had nachos and churros in Mexico, a crepe in France, honey apple glazed ham in America, and cheesy flatbread with three types of cheese in Italy. This is where most of my Disney money went to.

As for the rides, Spaceship Earth and Soarin’ were the only cool ones that we went on. Nemo was boring, and Imagination was kind of creepy. For the man who recommended the rides, we shamed him with what we called the “Figment of Shame,” named after Imagination’s main character.  We also did a 4D Pixar short theater which was really cool.

Besides all the rides and food, it was just cool to walk around and see the world. It was very realistic to the actual countries, and just really fun to see.

Hannah Leen, a sophomore in my Disney group, said, “My favorite part of Epcot was waiting in line, and senior Evan Olivo rented me a wheelchair for a medical condition and then pushed me around in it.”

The following two days were spent only at Universal Studios. This was my first time at Universal; my aunt told me a lot of good things. I was really excited.

I’m not the biggest Harry Potter fan, but my group was. They spent a lot of time there, while I went around to Jurassic Park, Simpson’s Land, and other places to look for something more interesting to me.

I loved Jurassic Park and Simpson’s Land. They were fun places to be for me. Both of the main rides were fun, as were most of the rides. The Harry Potter stuff was cool, but not my cup of tea.

Even the little stuff was cool. I was able to catch a Blues Brothers show, while also seeing dinosaurs on the Jurassic Park ride. All the aspects of every area were all really cool.

My favorite four rides that I went on were The Hulk, the Popeye water rapids, Jurassic Park, and Rip Ride Rockit. Some rides played music, whipped you around, took you upside-down, or got you super wet.

Bridget Stroner, a freshman girl in my Disney group, said, “The best for me had to be Harry Potter. For instance, all the shops looked so authentic and sold so much interesting stuff!”

She also said, “The Hogwarts Express was spectacular. The way they incorporated aspects from the films and books made it so immersive. The rides were awesome, and they felt so real too!”

After Universal for two days, we finally returned home. We were all tired from being at parks all week and lacked sleep.  The flight back made everyone sick due to a really bad landing. Everyone in the plane flew to the right, due to the plane landing sideways.

On the bus back, my friend Alex was tired and feeling sick, so I let him use me as a pillow for the bus so he could rest. Apparently, I’m a comfortable pillow. Everyone couldn’t stop laughing at the fact that someone was sleeping on me.

Overall, this was probably the most fun I’ve ever had on a school trip. It was super fun to go to these parks with all my friends and be able to have once in a lifetime experiences like this. 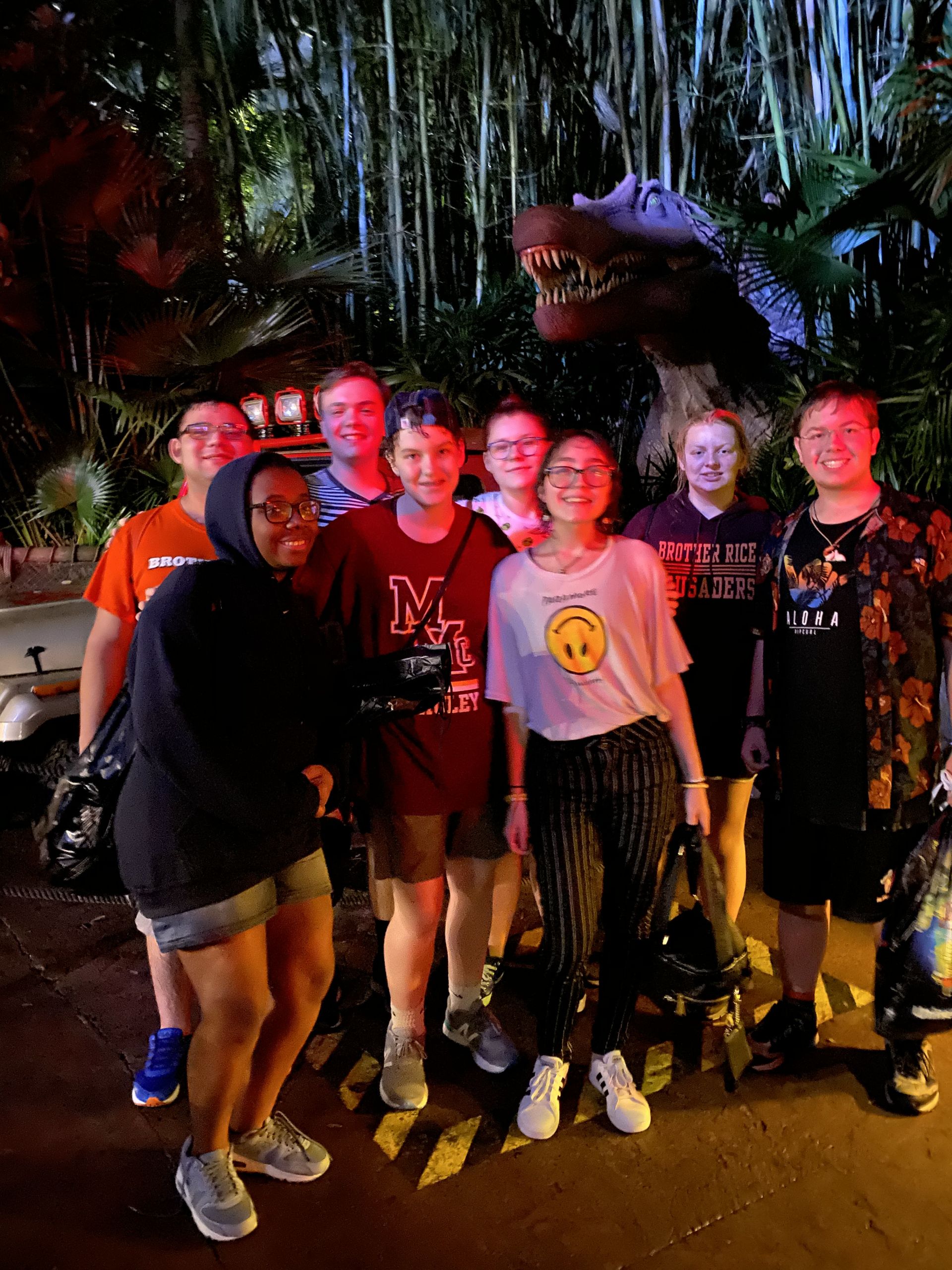 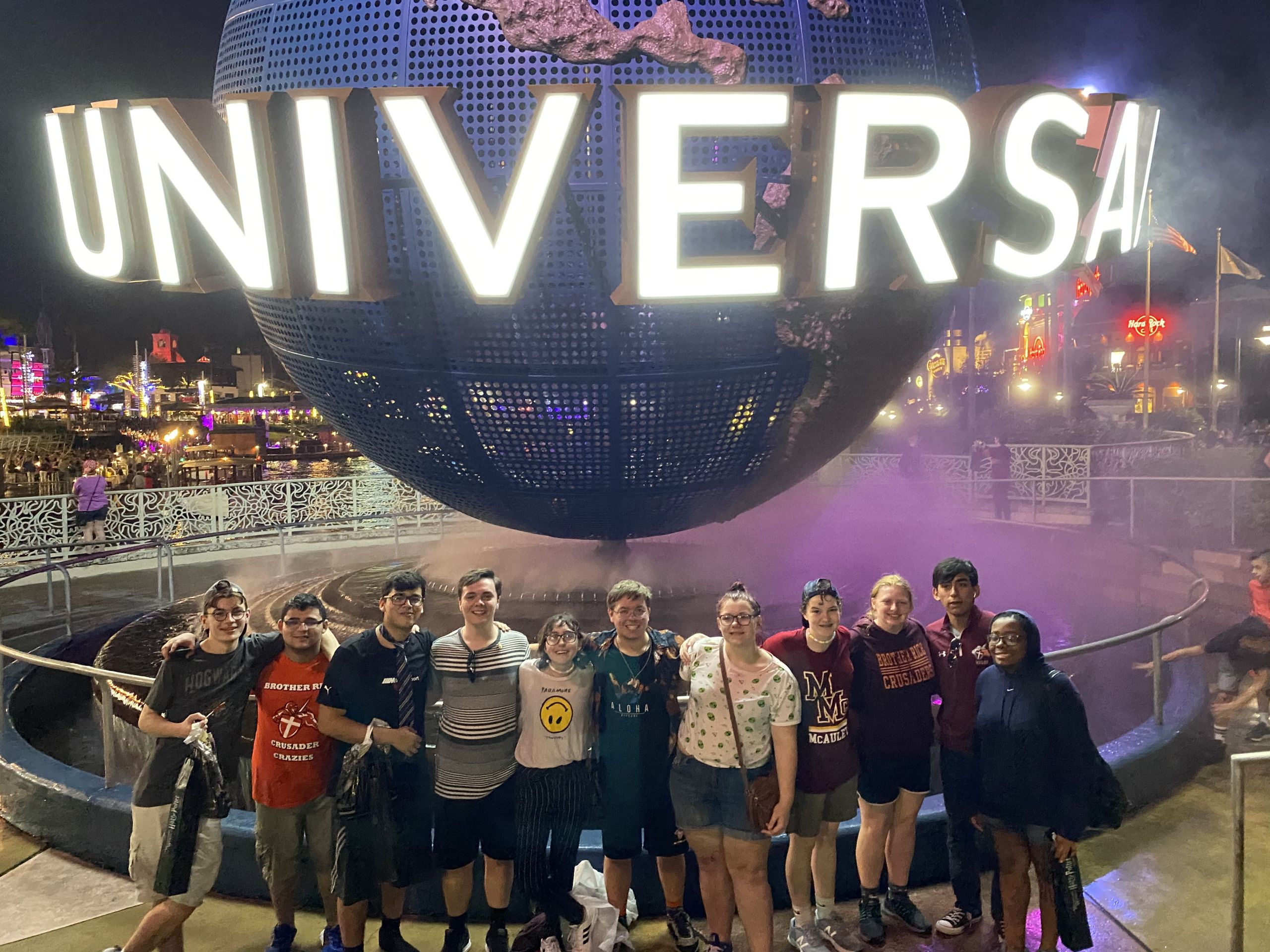 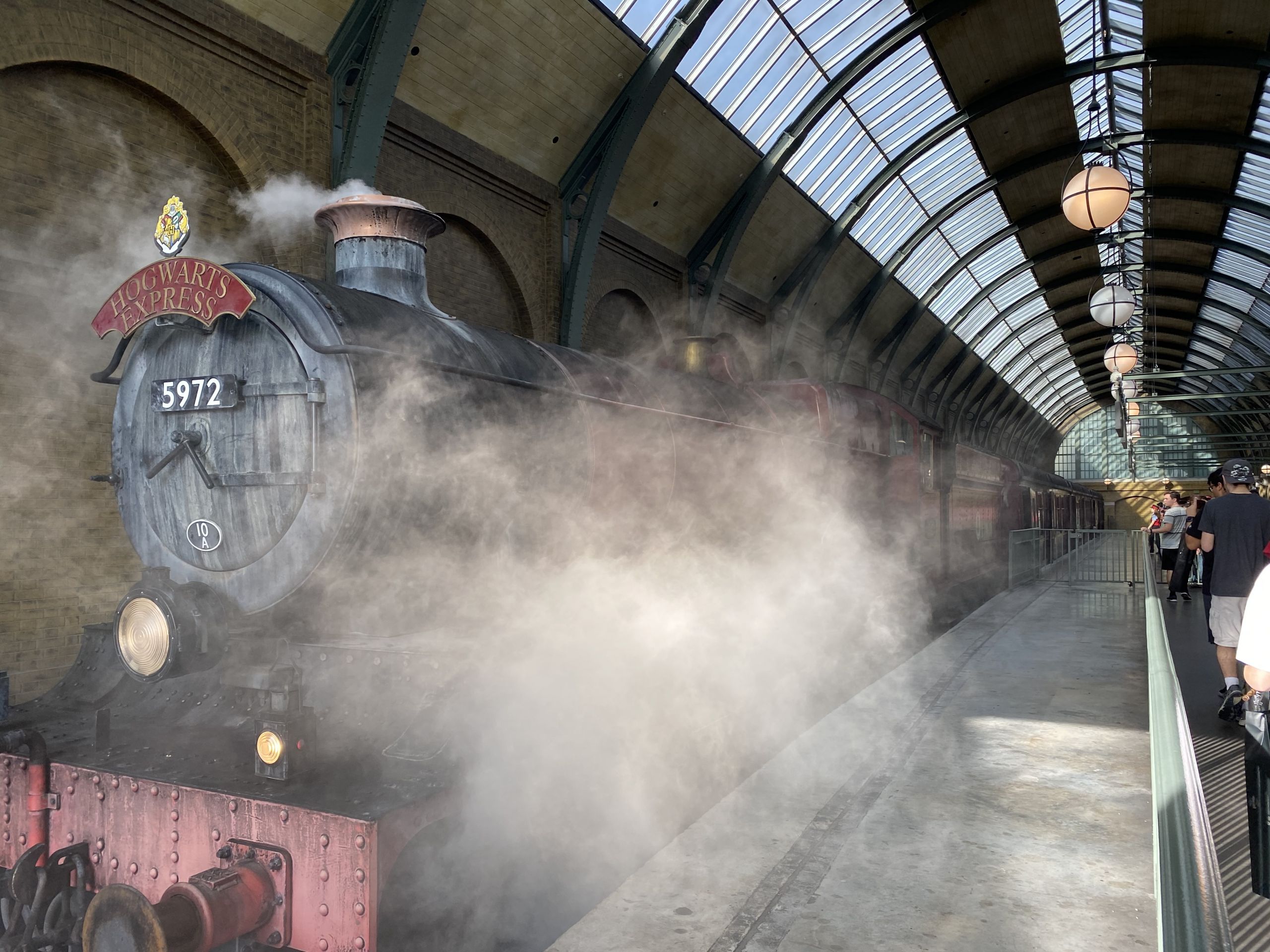 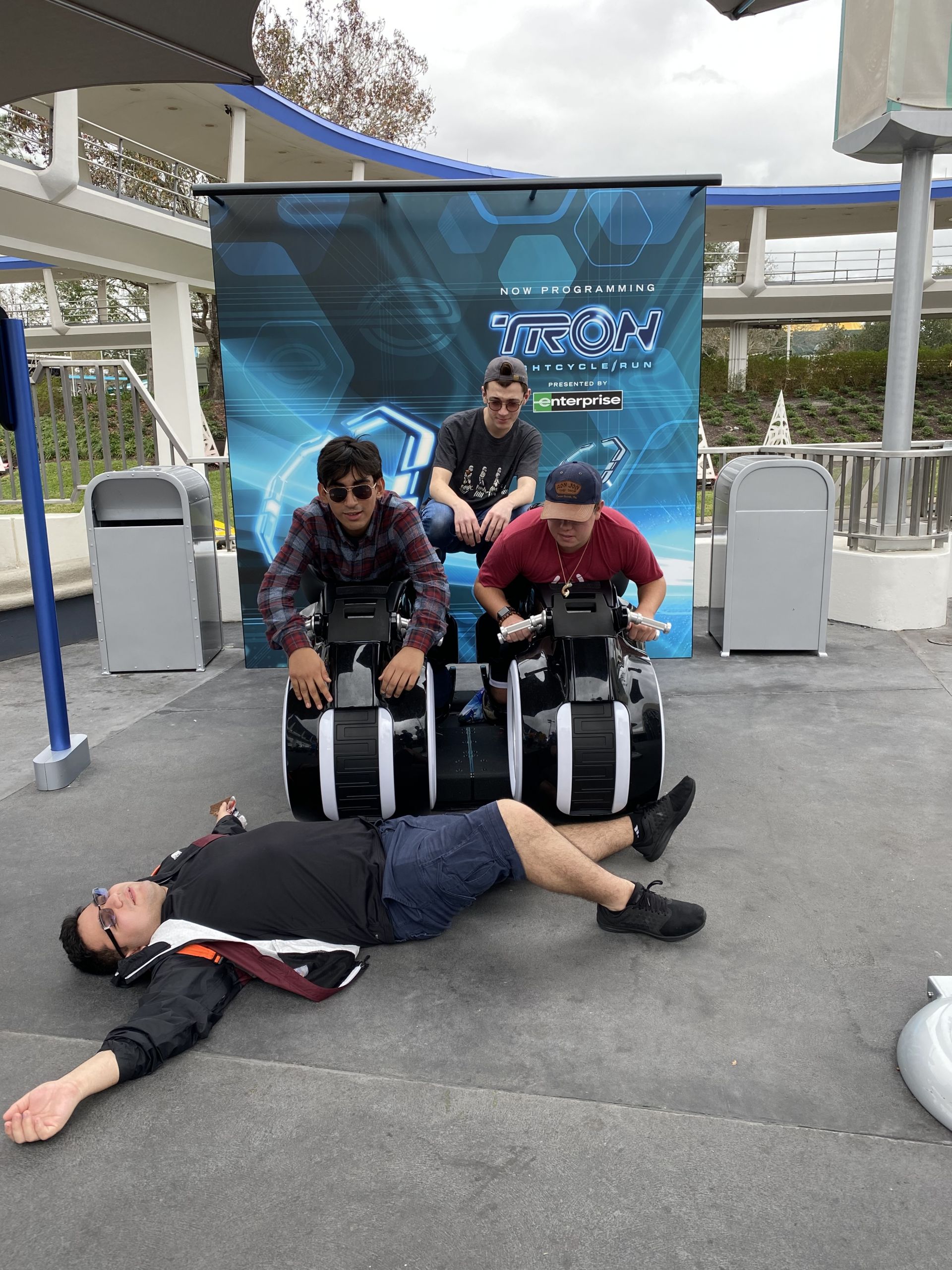 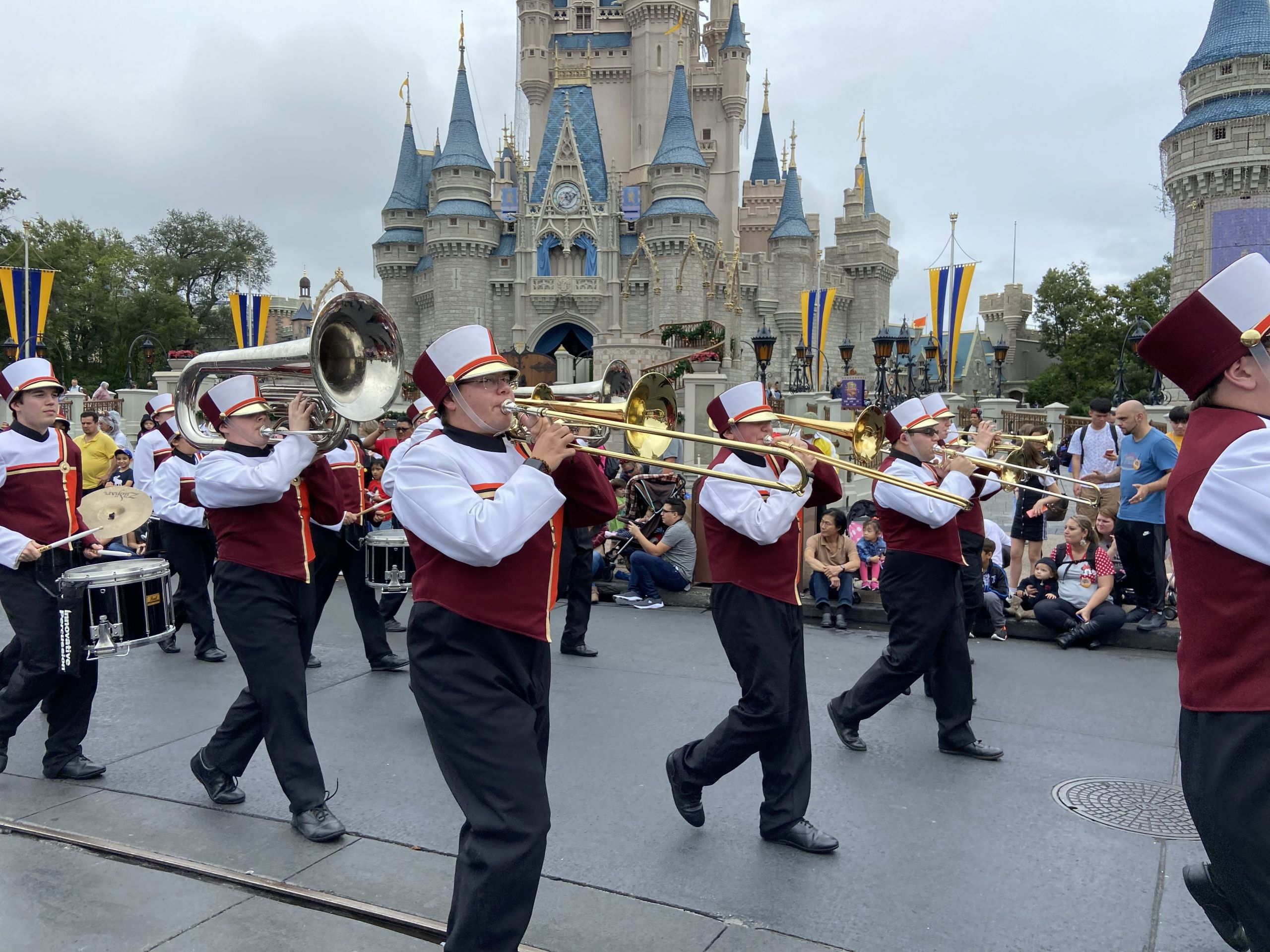 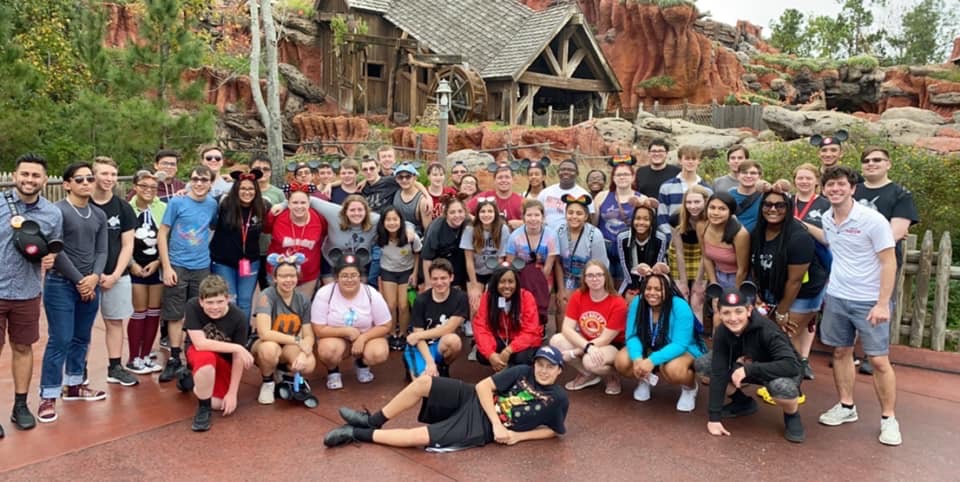 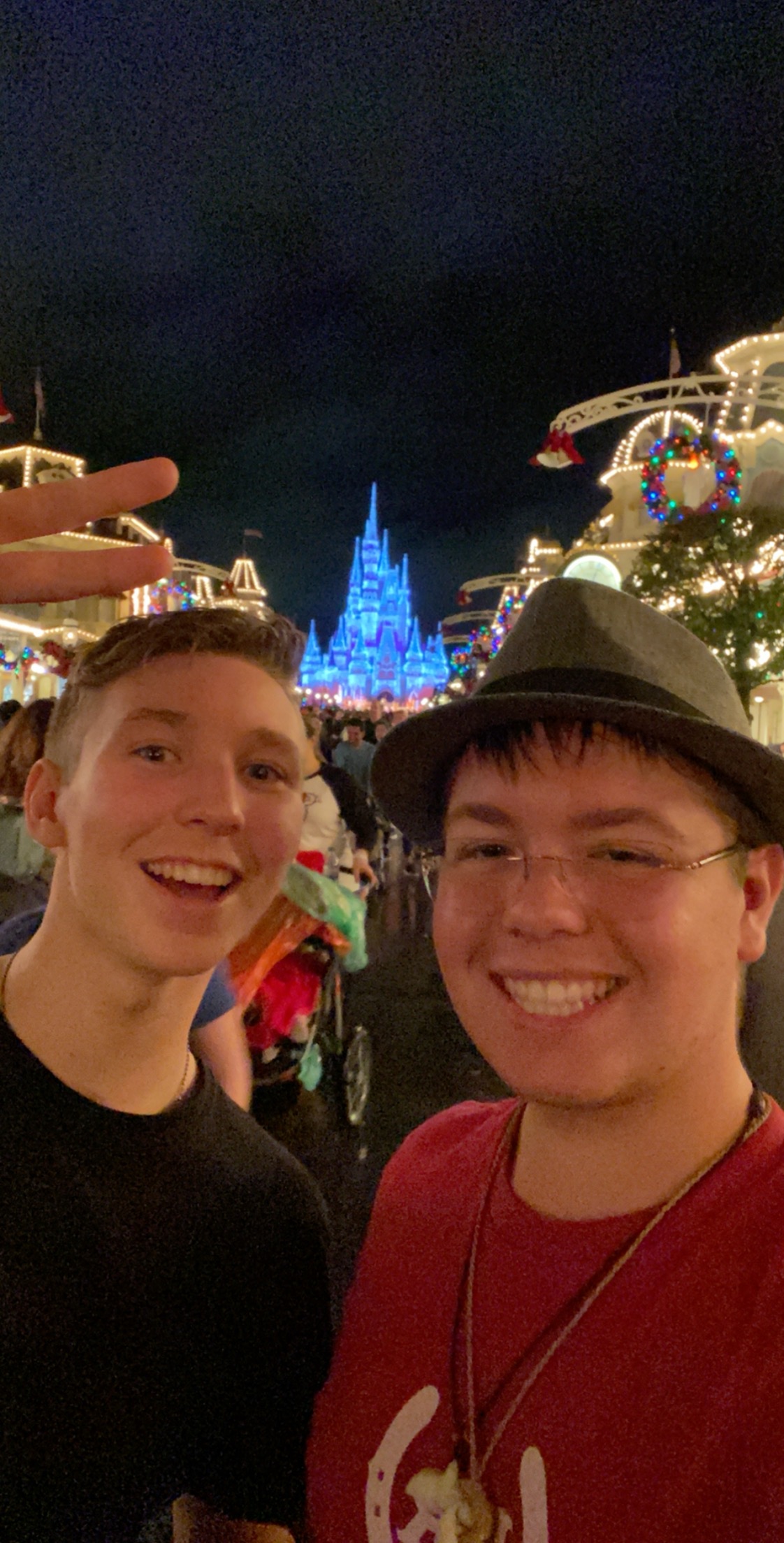