The Standard: Fighting Irish Rest of the Season Preview

Every football fan in Chicago knows that this Bears season has been an utter disappointment thus far. Therefore, I, among many other Southsiders, have taken solace in my Notre Dame Fighting Irish.

Senior Kyle Gallagher said, “Notre Dame has been having a very good year for football. The 8-0 start has been a better start than we’ve had in years. Despite not having a terribly difficult schedule, they seemed to prove themselves against Clemson and hopefully they will continue to have a good season.” The excitement is palpable for the Fighting Irish.

The Irish have gotten out to a 7-0 start as of Nov. 11, 2020. Led by fifth year senior Ian Book, Notre Dame’s offense ranks 10th best among Power Five schools in yards per game. Yet many would argue that the Fighting Irish defense is superior to the offense. The numbers would agree; Notre Dame ranks fifth among Power Five schools in least yards allowed per game, just below their neighbors to the West, the Northwestern Wildcats.

Notre Dame’s success isn’t too hard to believe. Head Coach Brian Kelly has built a culture of excellence in South Bend, recording over 100 wins over his 10 year tenure with the Irish. What is hard to believe is that the second ranked Clemson Tigers lost in South Bend for the first time  since 1977. Many naysayers place an asterisk next to this game, as Clemson’s star quarterback Trevor Lawrence did not play due to Covid, but Notre Dame fans will tally the win, especially after suffering a bitter 30-3 loss in the 2018 Cotton Bowl Classic.

Looking forward to the last three games on Notre Dame’s schedule, there is not much left to worry about. They play 25th ranked North Carolina on the road, but other than that, Syracuse and Wake Forest pose little threat. The big game will likely be played on Dec. 19. Because Notre Dame temporarily joined a conference this season, they will most likely compete for their first ACC championship in school history.

This game will likely rematch two powerful competitors in Notre Dame and Clemson. Notre Dame has shown that they are able to put points on the board against Clemson’s defense, but will Trevor Lawrence’s return make as big of a difference as Tiger fans may hope?

Senior Conor Durkin said, “I think that a healthy Trevor and a healthy Clemson defense would pose a real problem for ND. Clemson was without four defensive starters.”

Only time will tell, but one thing is for sure: both teams will be hungry to win. A win would most likely mean a bid to the College Football Playoff.

The College Football Playoff consists of four teams picked by a committee. Two teams that will likely be in the discussion for a bid are the Ohio State Buckeyes and the Alabama Crimson Tide.

Senior Conor Durkin said, “I think they would match up well with OSU, [but] I think it will be 2013 all over again with Alabama.” Notre Dame was embarrassed in 2013 at the hands of Alabama in the BCS National Title game by a score of 42-14. Alabama and Ohio State have consistently been powerhouses in their respective conferences and college football as a whole. The question is if Notre Dame is able to compete with the giants.

Senior Joe McIntyre said, “I think ND will make the playoffs because of their championship level offense and defense.”

Is the Notre Dame of the 20th century back? You just can’t say you’re the best; to be the best you have to beat the best. Notre Dame will look to do exactly that in the coming months. 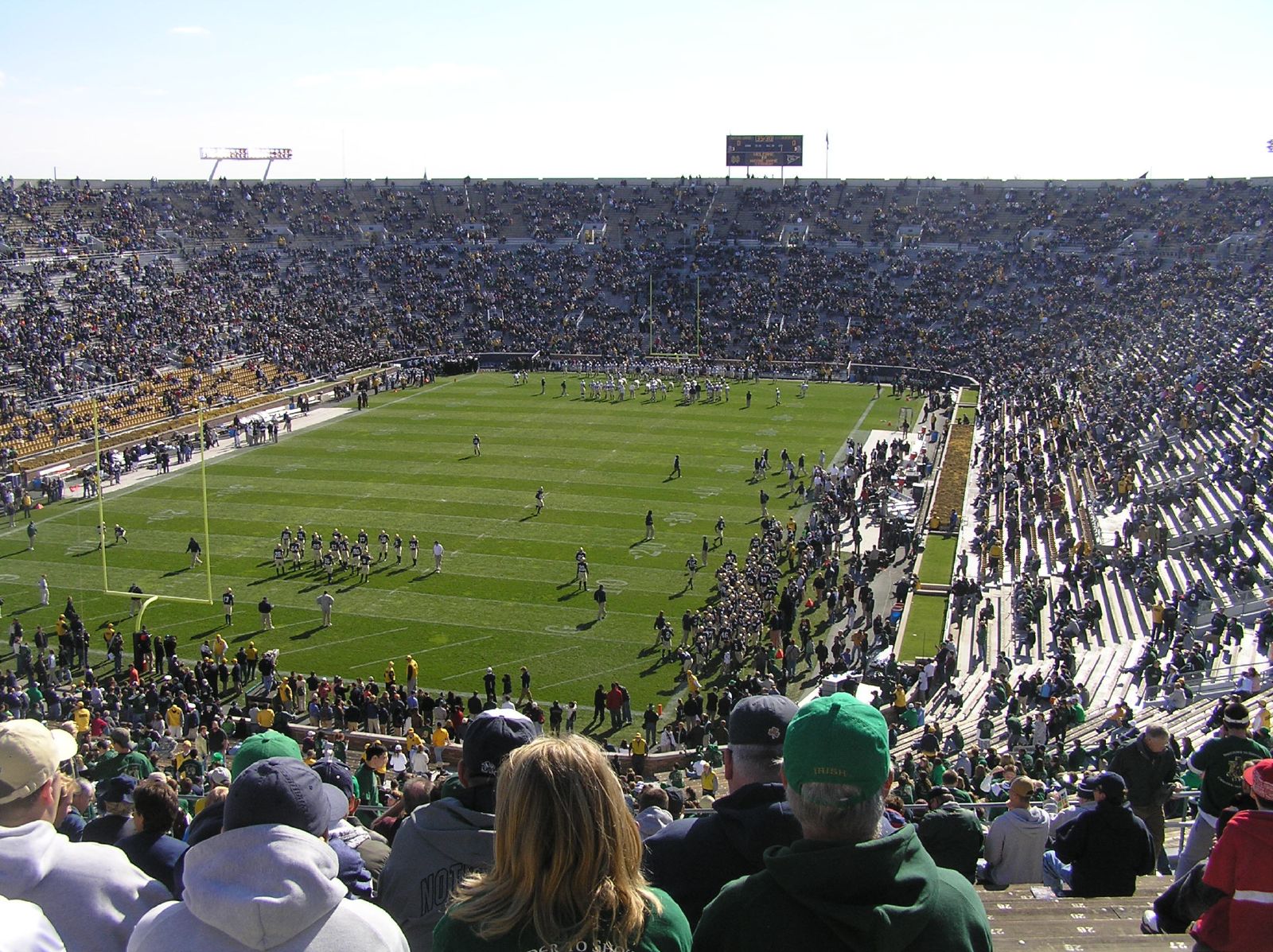 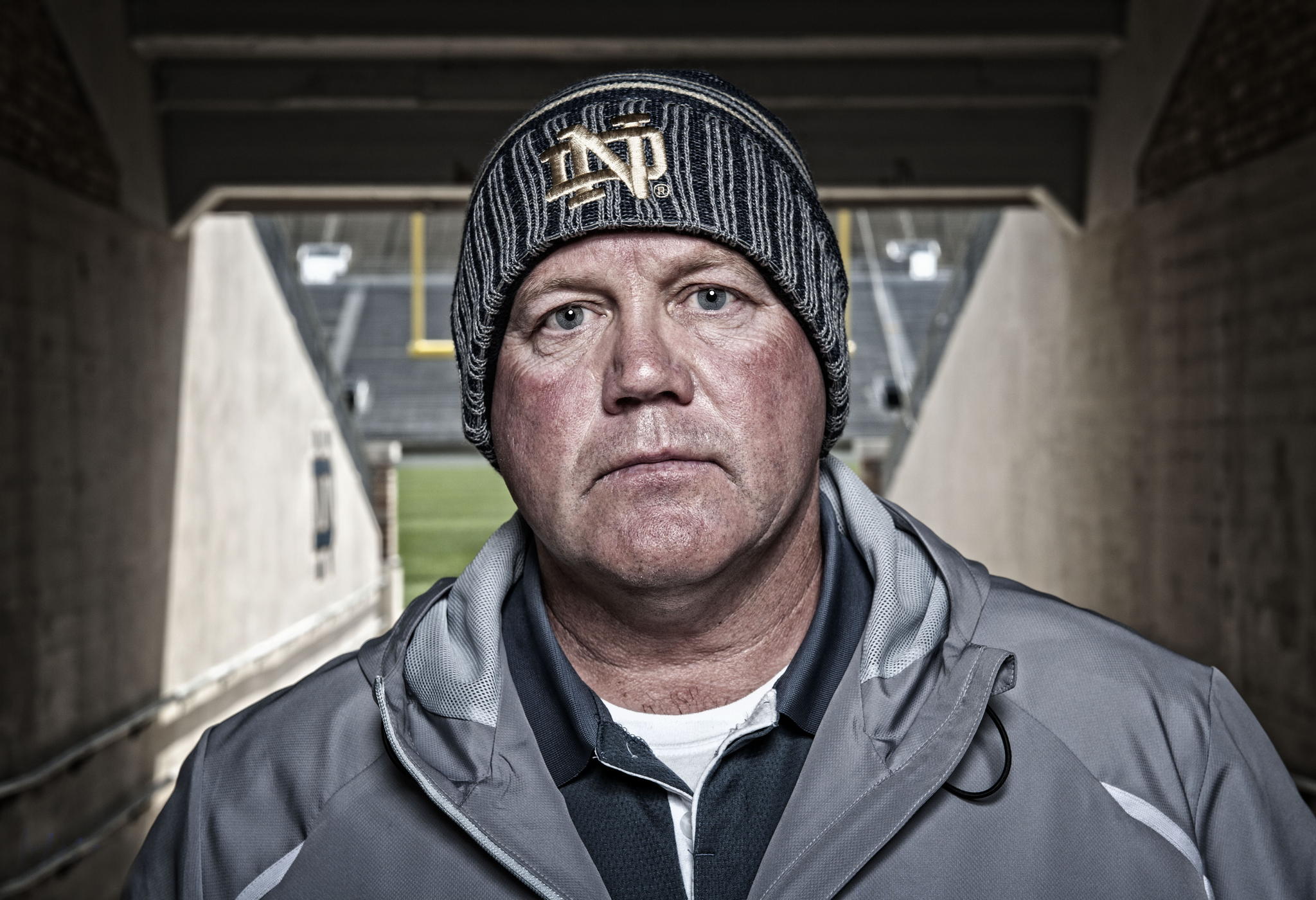