On Thursday, Jan. 20, 2022, Brother Rice held a Founders Day ceremony. On this day, the students at Brother Rice listened to multiple speeches from students reflecting on their time at Brother Rice. Everyone had good things to say about the school. The students heard from Brother Hayes, Dana Alexander, Henry Boyer, Jesus Reyes, and alumnus Jourdan Sorrell. It started with the Student Council president, Pat Galeher, making an introduction for this ceremony.

Then, three students were introduced and brought up to the podium. The first person up was Dana Alexander. He came in strong with a really well thought-out speech. He brought in humor along with how much he enjoyed his years at Brother Rice.

Dana said, “I feel honored in a way that the faculty thought not only I, but Henry and Jesus were the best options to reflect the importance of Founders day.”

Dana showed the students how many memories come back to them when you look back at the years at Rice.

Next up was Henry Boyer. Henry has been at Rice since he was a junior. He transferred in when COVID hit. His family and he wanted a fresh start somewhere new. When coming into a new school, he was scared he would not fit in, but he realized how easy it is to fit in Brother Rice.

Henry prepared for his speech by spending a couple days remembering the speech and going over what was difficult. Henry wanted to write about something he could possibly relate to. He said that his favorite part of his speech was explaining his life and how far he has come.

“It felt great to get picked to give the speech and I was glad to share my story,” said Boyer.

His speech can remind students of their first day of school at their new high school. People meet others easily at Brother Rice. Brother Rice is a good school to walk in and get used to.

Last but not least, Jesus Reyes gave his speech. He told our school how you do not realize you miss something until you leave it. Jesus and his family moved to Texas and left everything behind. He wanted to come back to Brother Rice so badly. For his senior year, he came back and is at Brother Rice.

Jesus says he wrote his speech three days before Founder’s Day. The next couple days he would make adjustments preparing for this speech. Mr. Prunckle, the Dean of Students, gave him some advice.

Jesus  said he was honored to give the speech because Founder’s Day is an important day at Rice and he got to give his first speech at it.

Everyone at Founders Day did a tremendous job. It is a really important day at Brother Rice and it was executed by the students greatly. 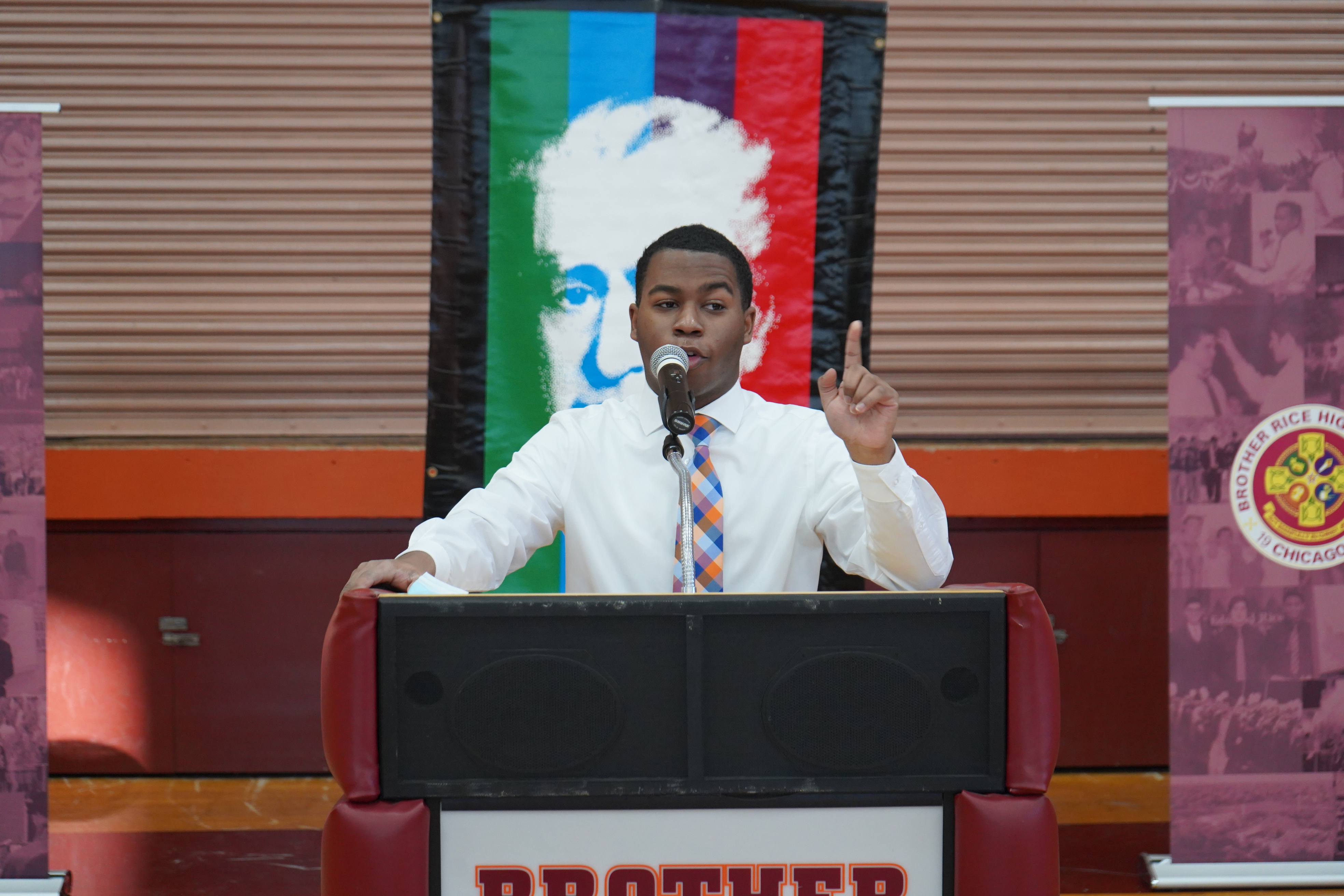 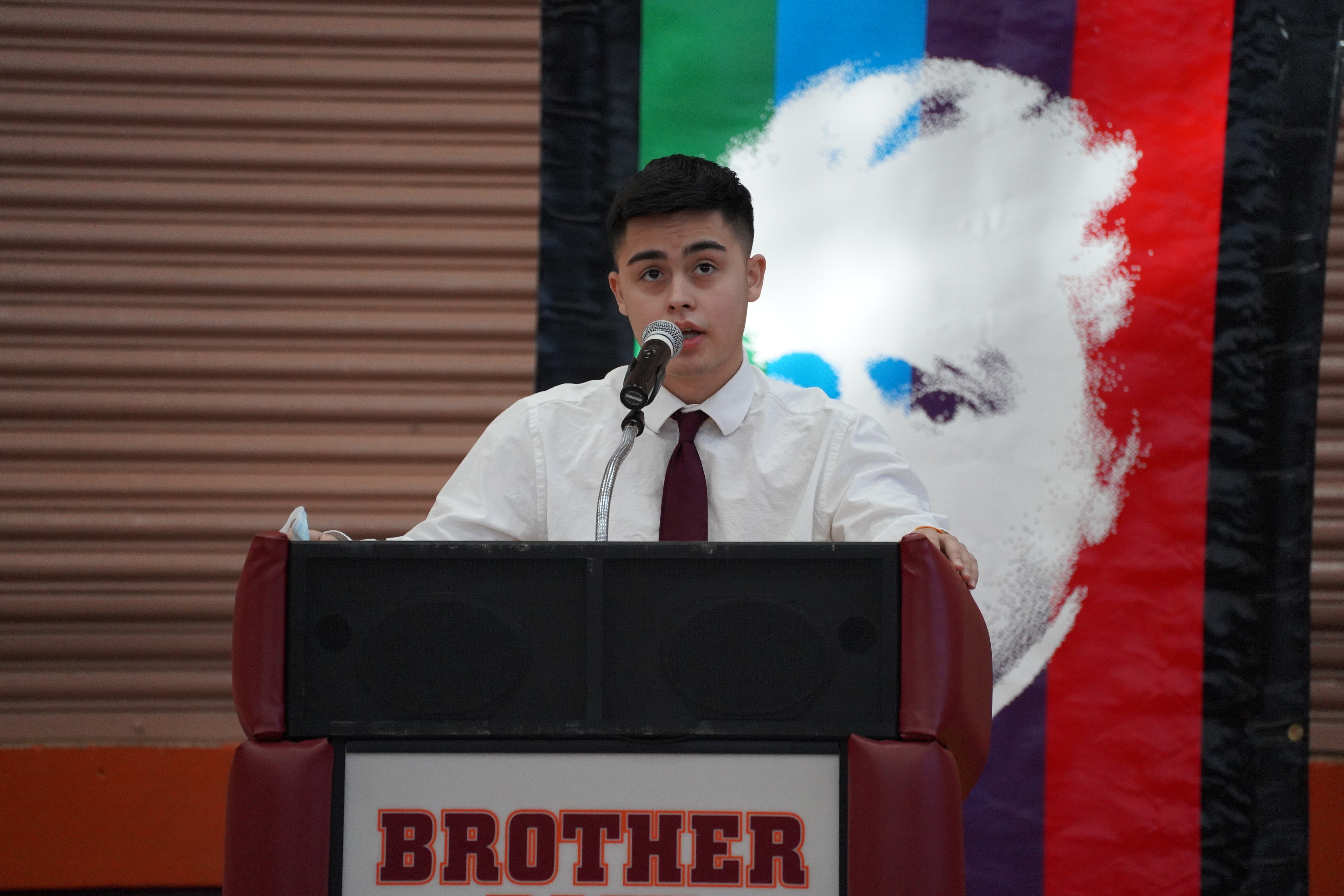