Last Thursday, the freshman football team fell to 3-5 after a 16-13 loss to the Tigers of Joliet West. It was a grudge match throughout, but the Crusaders fell short. Thursday marked the first ever matchup between the two schools.

Brother Rice started the game with the ball but was struck with a stagnant offense all night.

After a slow first quarter by both teams, the score stood at 0-0. The Crusader defense then caused a big stop and allowed Cooper McAlilly and the offense to score and make it 7-0 following a PAT by Nathaniel Klinger. The Joliet West offense struggled to get something going until the end of the second quarter. With 1:23 left in the 2nd quarter, the Tigers scored on a 26 yard touchdown play. Joliet West then converted on a two-point-conversion to make it a 8-7 game.

Daniel Terri and the offense trotted back onto the field to attempt a chance at a score to end the half. After some missed plays and drops, the Crusaders remained without any points to end the half and leave the score at 8-7.

Joliet West started the 2nd half with the ball but was unable to make any progress due to the Crusader defense really picking up the intensity.

“You know, when down at halftime in a game it really is important to come out with some intensity,” said Coach Tim Lyons.

The defense for the Crusaders was shut down when Joliet West started the 4th quarter with a score and then a two point conversion to cap off an 81 yard, 11 minute drive. Down 16-7, the Crusaders needed to step up in a big way.

The Crusader offense continued the trend of three and outs and even an interception from Daniel Terri with 5:27 left in the 4th.

Cooper McAlilly came in at quarterback and made some big plays, including a 30 yard touchdown pass to Khamarion Wade to make it 16-13 Tigers with 2 minutes left. After a turnover on downs, the Crusaders drove down field but were stopped short of the comeback after a turnover on downs on 4th and 7 on the 17 yard line.

Injured quarterback Connor Stack said, “Not being able to play really hurt today, but I know that my teammates and I will learn from this and get better.”

Quinn Lyons said, “This is a big week coming up so we have to pick up the intensity and control what we can control.”

The Crusaders travel to 115th street on Saturday to try and bounce back against Marist. 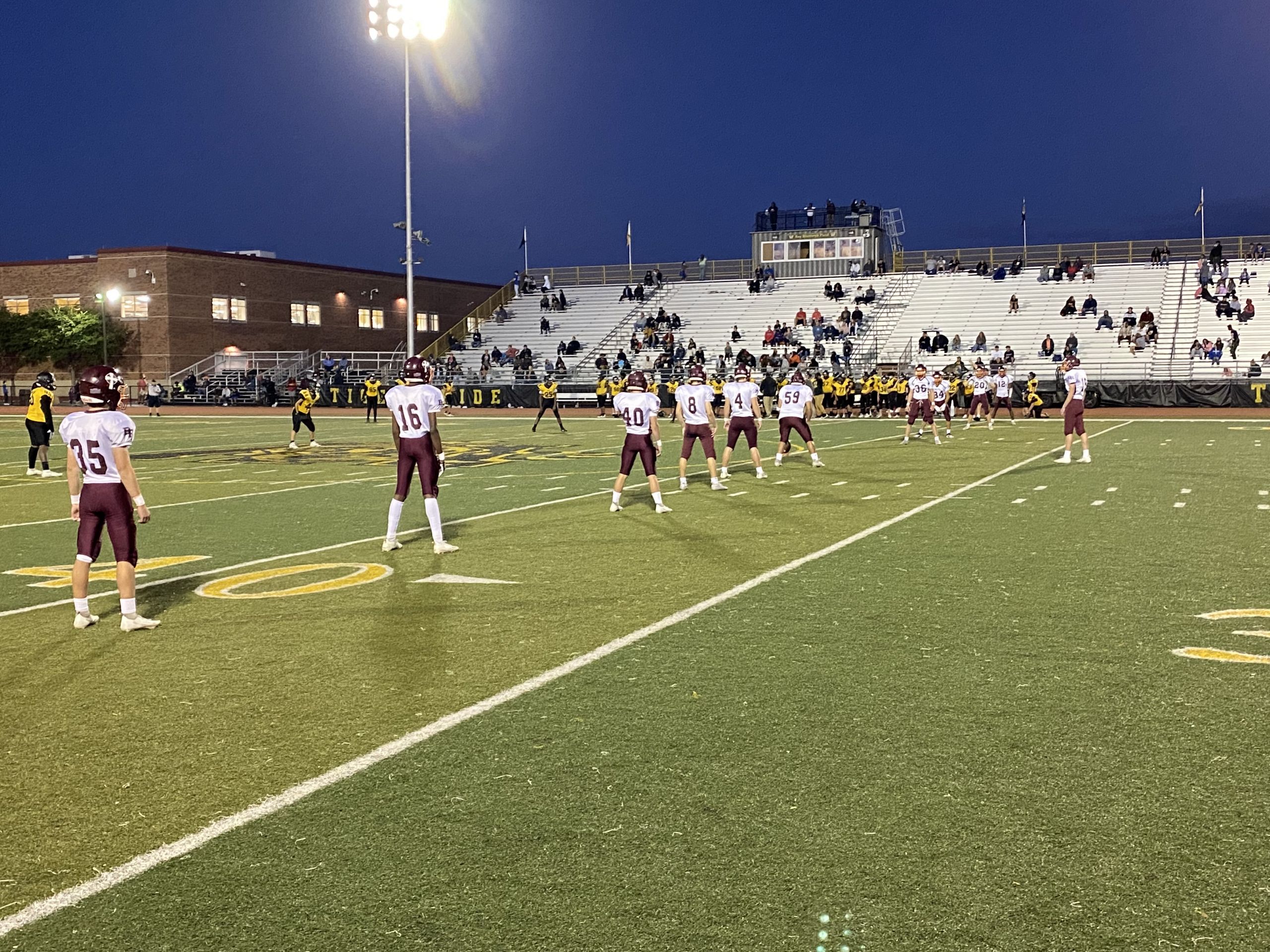 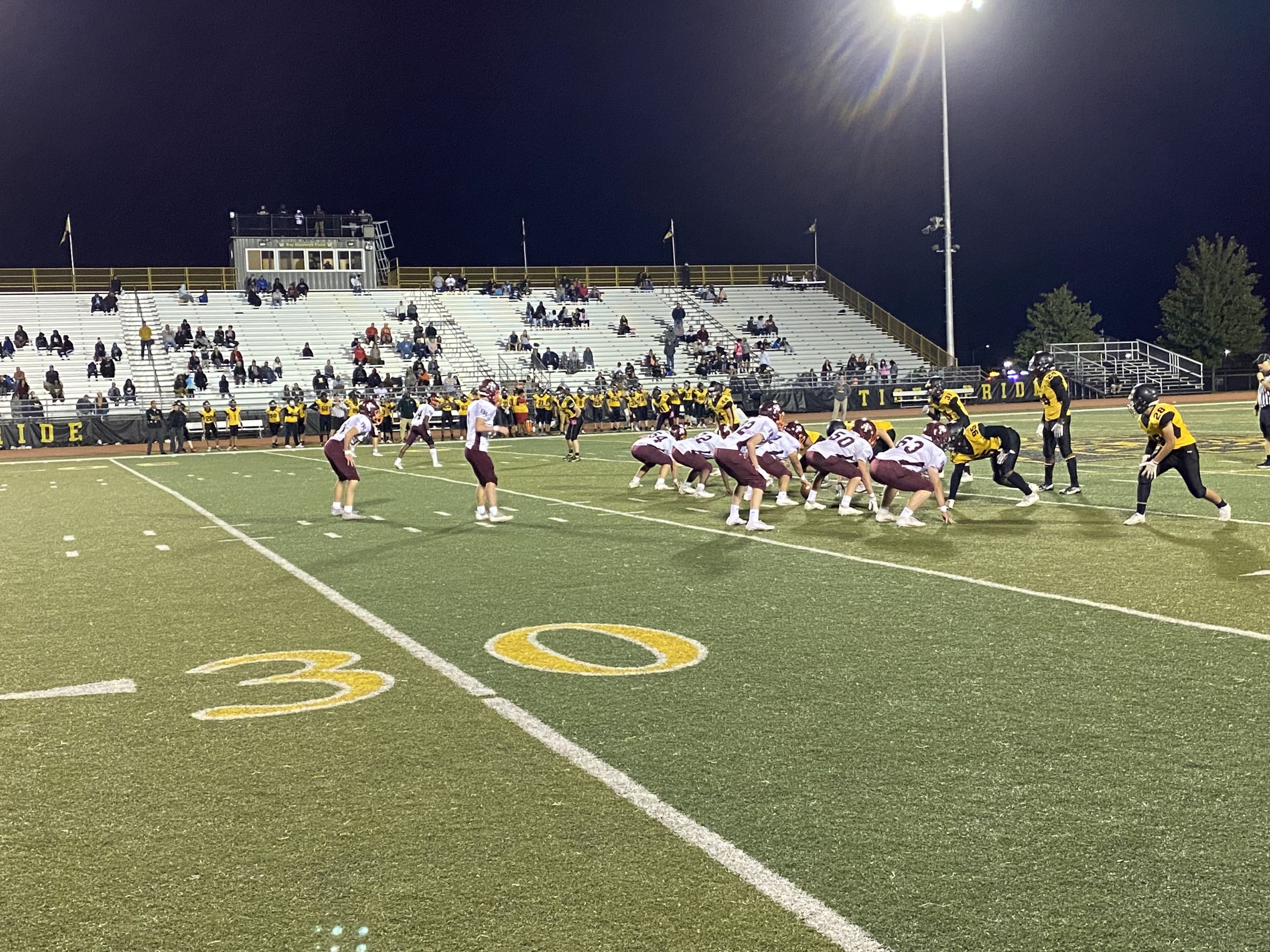 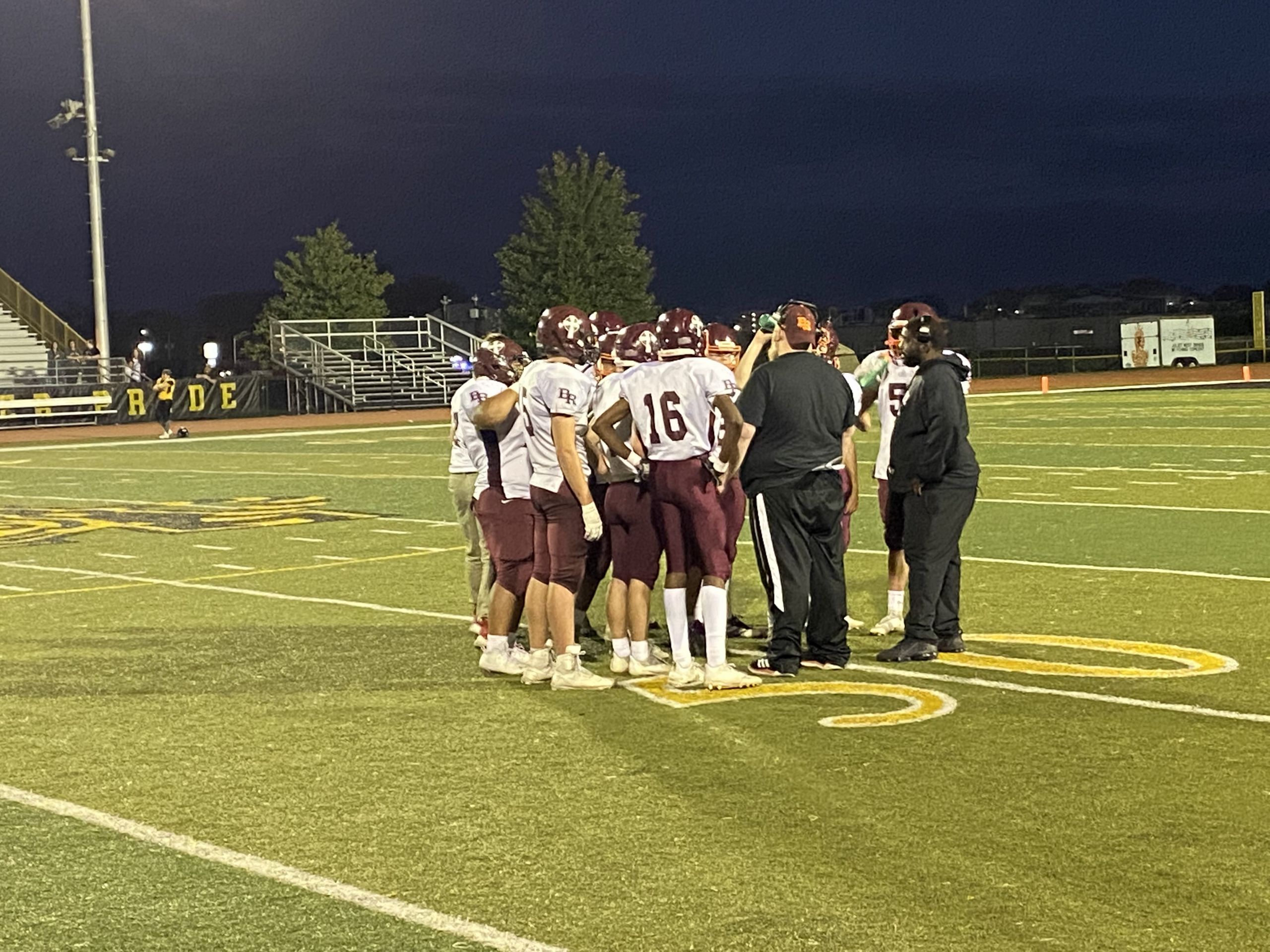