It’s not every year that a player like Brother Rice quarterback Jack Lausch comes around. If you have seen him play sometime in the past two seasons, you would know that he is a good football player. However, this season, he has dominated his way to winning the Tony Lawless Player of the Year for the CCL Blue Conference. In other words, he took home the MVP.

Through eight regular season games this season, the dual-threat quarterback put up video game numbers. He totaled 1,736 yards passing with a 67% completion percentage, 659 yards rushing and 28 total touchdowns. And yes, before you go back to look at it again, you did read that right.

Lausch said, “It’s not just me. Every player on the offense has made phenomenal plays and helped me out in tough spots. The job isn’t finished, though, as we still need to carry this momentum into the playoffs. I’m really looking forward to it.”

Lausch led the varsity team to a 7-2 record going into the playoffs. It was one of the most dominant regular season performances from a Brother Rice player. The scary part is that he didn’t even play in the second half in over half of the games. Don’t forget that the week 2 game against Perspectives was cancelled due to Covid reasons as well.

Crusader offensive lineman Carter McAlilly said, “Jack is the best quarterback in the state. There is no doubt that he should’ve received this award. The season he has had and the plays he has made are remarkable.”

Wide receiver Danny White could not agree anymore: “I’ve been playing with him since fourth grade. Even when we were younger, he was always the best player on the field and was never outworked.”

This season has solidified Lausch as one of the best, if not the best quarterback in the state. He and his Crusader team look to get on a roll and bring a state championship back to Brother Rice. 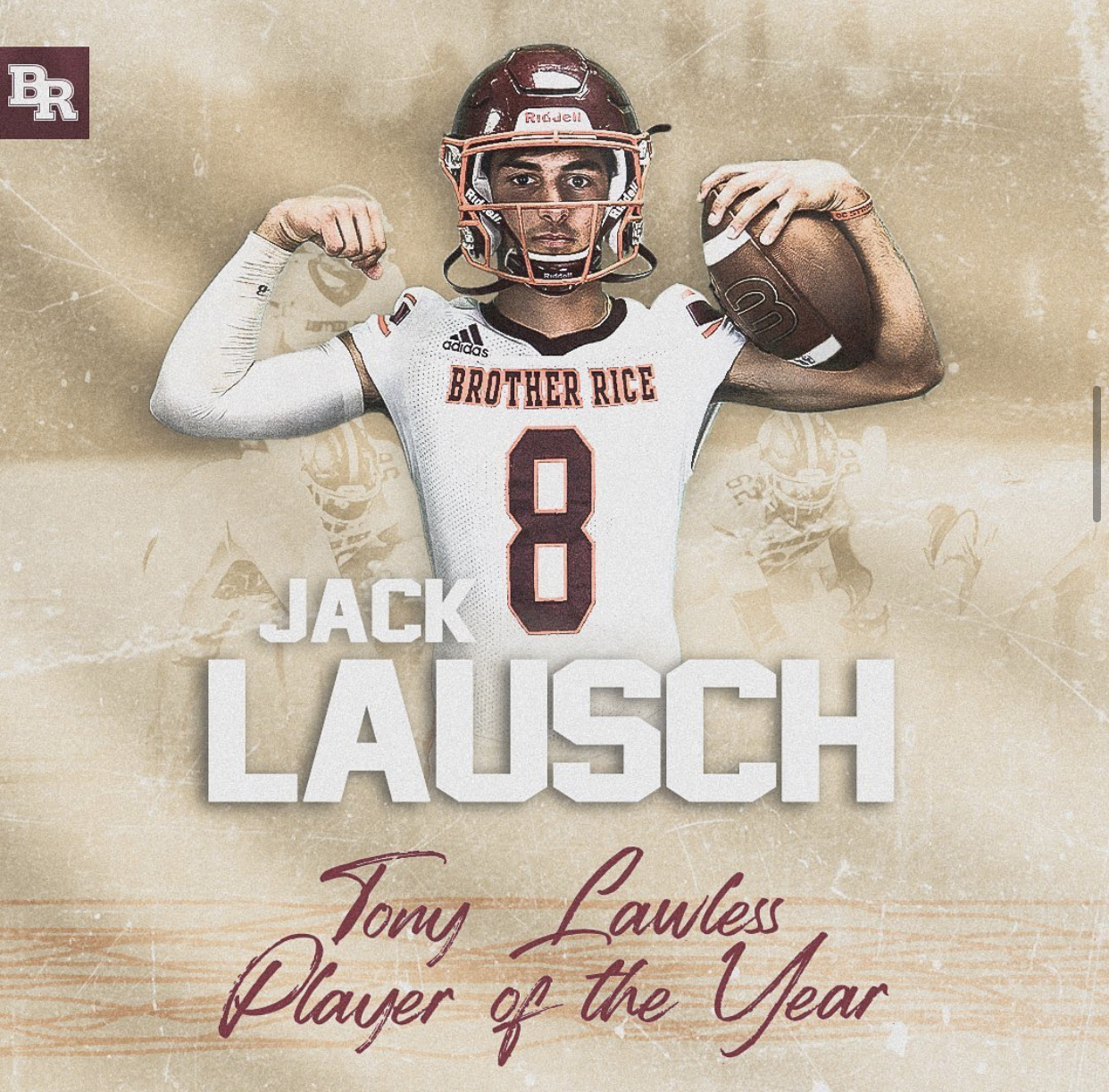 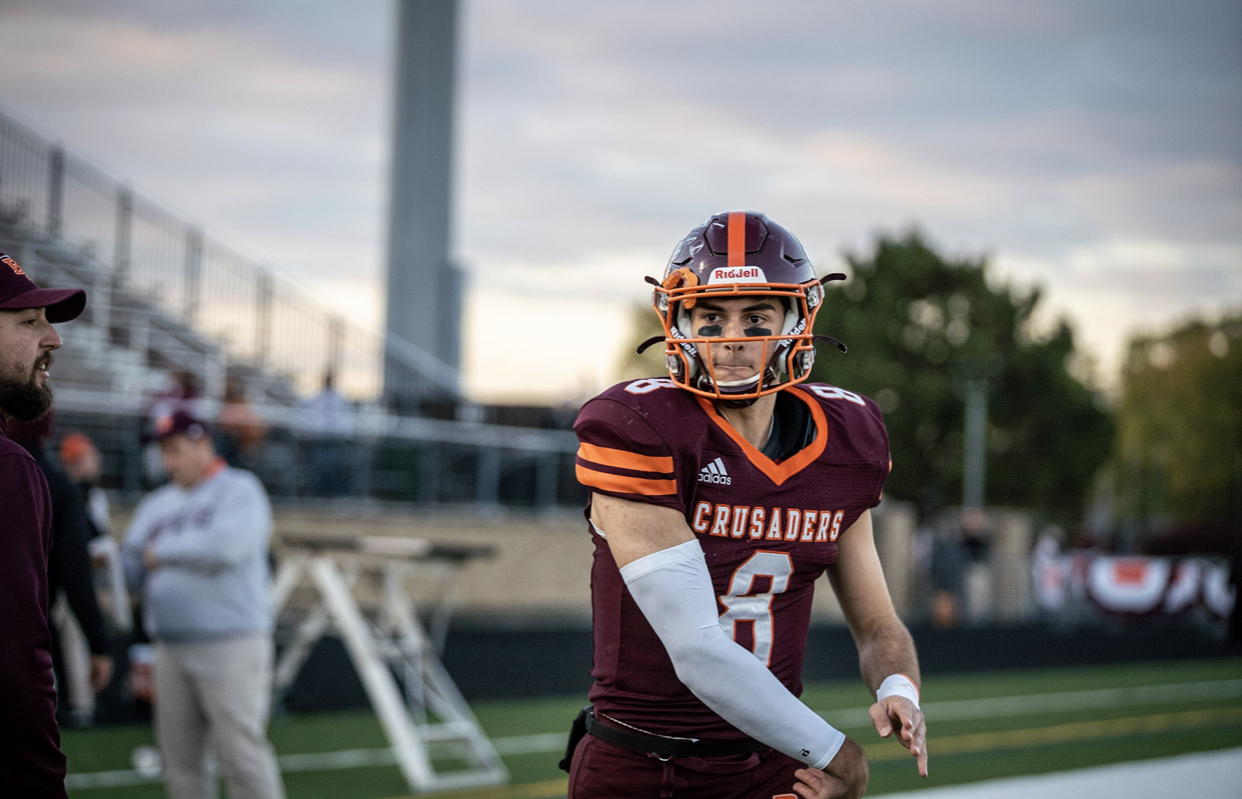