Over the weekend, we saw many impressive games from schools on 99th street. Brother Rice defeated Mount Carmel, and our neighbor Mother McAuley had an impressive run down at state for volleyball.

After an outstanding season, the Mother McAuley volleyball team was determined to make their way downstate. At the start of playoffs, the Mighty Macs were given a tough “road to the rings”. Facing competitive teams like Marist, Whitney Young, and Willowbrook, it would be a challenge to get another state championship opportunity. However, Mother McAuley was able to work past their challenges and make that trip to Bloomington.

“Going down state was obviously our main goal, and being able to accomplish something this huge my senior year is an accomplishment in itself,” said Heather Jiricek, a senior on the team.

In their first game of the weekend, the Macs battled the Tigers of Edwardsville High School. This was an amazing game, where they battled back and forth throughout the whole game. Edwardsville was able to win the first set, with Mother McAuley closing out the final two sets.

¨MacNation truly is one of a kind. I think what makes our fan section the best is how supportive we are no matter the outcome. McAuley is a family, and we proved that at state,¨ said McAuley student Kate Worthy.

Finally the opportunity gifted itself; the Macs were aiming to win their  state title. Metea Valley was a strong opponent that would not allow an easy beat, however the Mighty Macs were determined.

For the state championship, Mother McAuley fought hard in every set. Winning the first set 25-15, many thought the Macs were set. However, Metea was able to come back in the second set, winning 25-18. In an exciting third set, the Macs were ultimately defeated by Metea Valley losing 25-17.

The second place finish was tough for the Mighty Macs, who fought all year to get to this point. However, Heather Jiricek looked on the bright side.

“Even though we didn’t  get the finish we were expecting, we need to take in to account all the good things that did happen. Beating Marist three times, traveling to Kentucky, and so many more memories and experiences should be equivalent to winning a state-title,” said Jiricek.

The Macs look to gain another opportunity next year, with many of their players returning next fall. 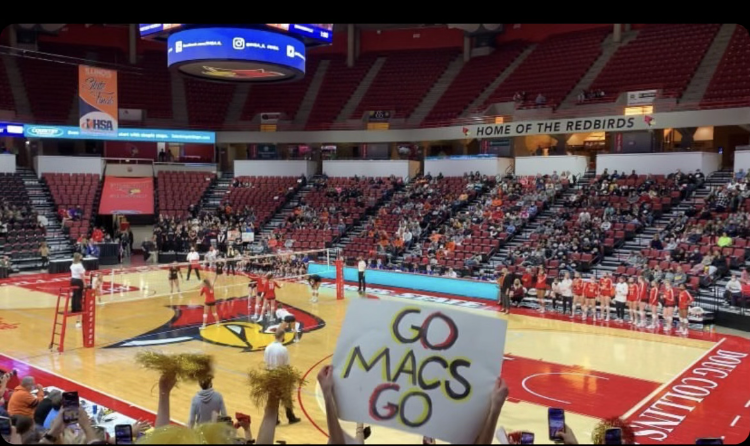 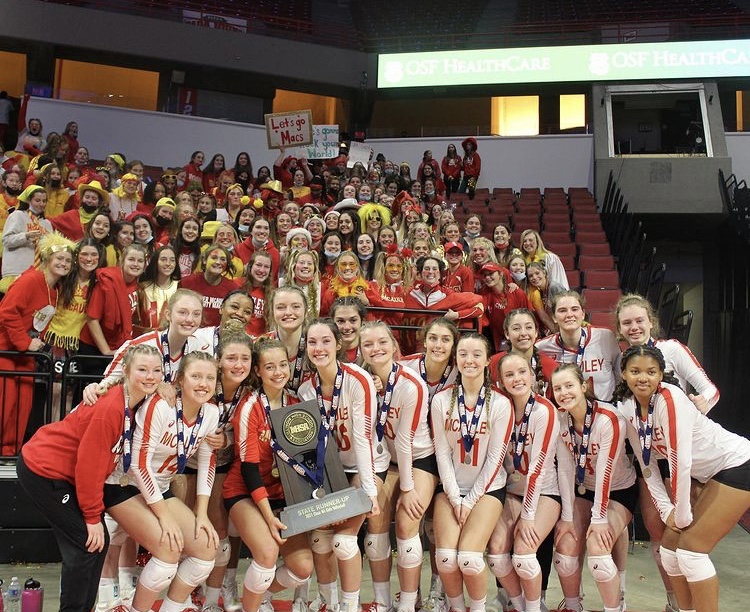