The United States women’s hockey team clinched a gold medal in 2018 defeating Canada in the Pyeongchang Olympics. However, they couldn’t finish the job in the 2022 Beijing Winter Olympics.

In the preliminary rounds, the U.S. went 3-1, with the only loss coming to Canada. They defeated Czech Republic and Finland in the knockout rounds to land themselves a rematch with the Canadians.

However, the Americans lost 3-2 to secure the silver medal. Ever since women’s hockey was introduced to the Winter Olympics, Canada and the U.S. have won the gold medal every single time, igniting a huge rivalry between the nations.

One of the members of the American team was Evergreen Park native, Abbey Murphy. Abbey attended Most Holy Redeemer and then Mother McAuley. As a standout hockey player, she committed to play hockey at the University of Minnesota.

Senior Tom Bennett said, “It’s so cool to see someone from my old grammar school competing in the Olympics. Things like that never happen around here.”

As she tore it up at Minnesota, she was invited to join the United States women’s hockey team at the Beijing Winter Olympics this year.

Senior Jack McCall said, “I never really knew who Abbey was until I found out she was in the Olympics. Now, I see articles of her all over social media, and it’s just crazy to think that she lived in the neighborhood.”

Although the U.S. didn’t win the gold, the women’s hockey team has left their legacy over the past couple of Olympics.

Senior Matt Cunningham said, “As a hockey player myself, I know that almost all of us players can only dream about playing in the Olympics, but to see someone actually do it from the neighborhood is something special.”

This team has won the gold in two out of the last seven winter games and earned the silver in some of them as well. Abbey Murphy will forever be a neighborhood legend. 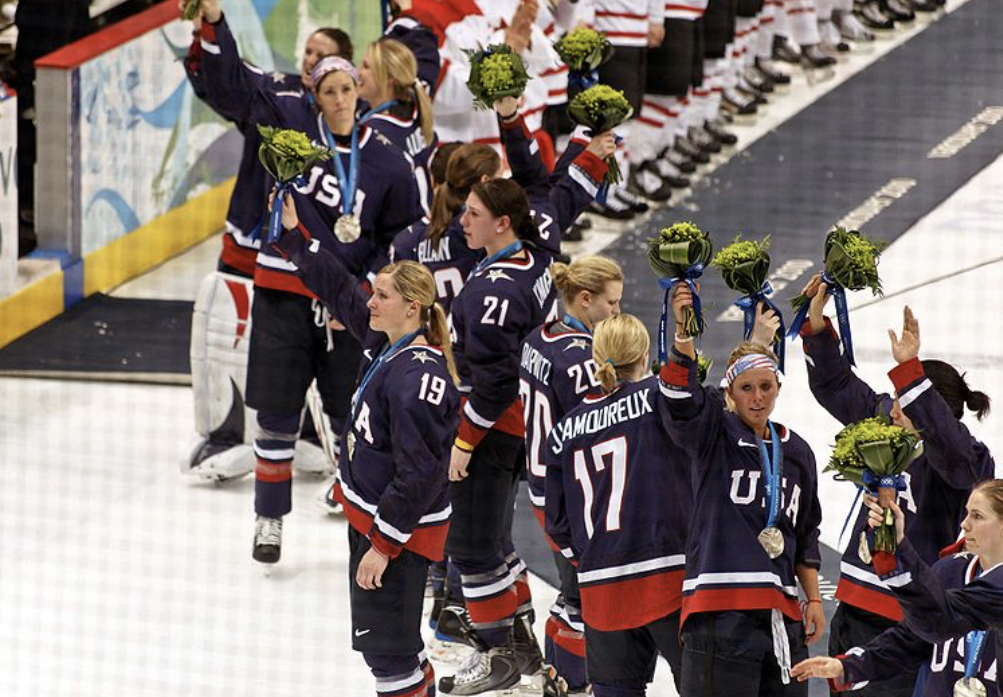