The Fighting Irish arguably had one of their biggest wins in their storied program’s history, defeating the top-ranked Clemson Tigers in a double-overtime win.

The Clemson Tigers last regular-season loss was in 2017, and they were riding a 36 game regular season winning streak heading into last Saturday’s game against the Irish.

The Irish were down 13 points at halftime and didn’t take their first lead until the fourth quarter. With Clemson then taking the lead again, Notre Dame running back Kyren Williams tied the game up with 22 second left to send the game to overtime.

Myles Jones, a senior linebacker and Georgetown football commit said “The craziness around the world really just stopped during that game. People forgot about Covid. It really didn’t feel like 2020. it felt like we were back to normal and happy again.”

The game went into double-overtime, and after another Kyren Williams touchdown, the Irish defense came up huge to stop the Tigers and win the football game.

Speaking of Sunday, Clemson QB Trevor Lawrence is going to be playing a lot on Sundays and making a lot of money after his career at Clemson is over. Lawrence, the presumed number 1 overall draft pick, did not play Saturday against the Irish after recovering from Covid-19.

Obviously this is a huge story. Cole Scarnavack, a senior, was asked about Lawrence being inactive against the Irish. He said “No way Clemson loses that game if Trevor Lawrence was in at QB.”

After the game there was some controversy regarding the Notre Dame fans and students that were in attendance that stormed the field in celebration. Obviously in this new world we live in that is a problem.

Senior football player and huge Notre Dame fan Eddie James said, “You gotta love it, man. There is nothing better than college football”

I would have to agree with you, Eddie! 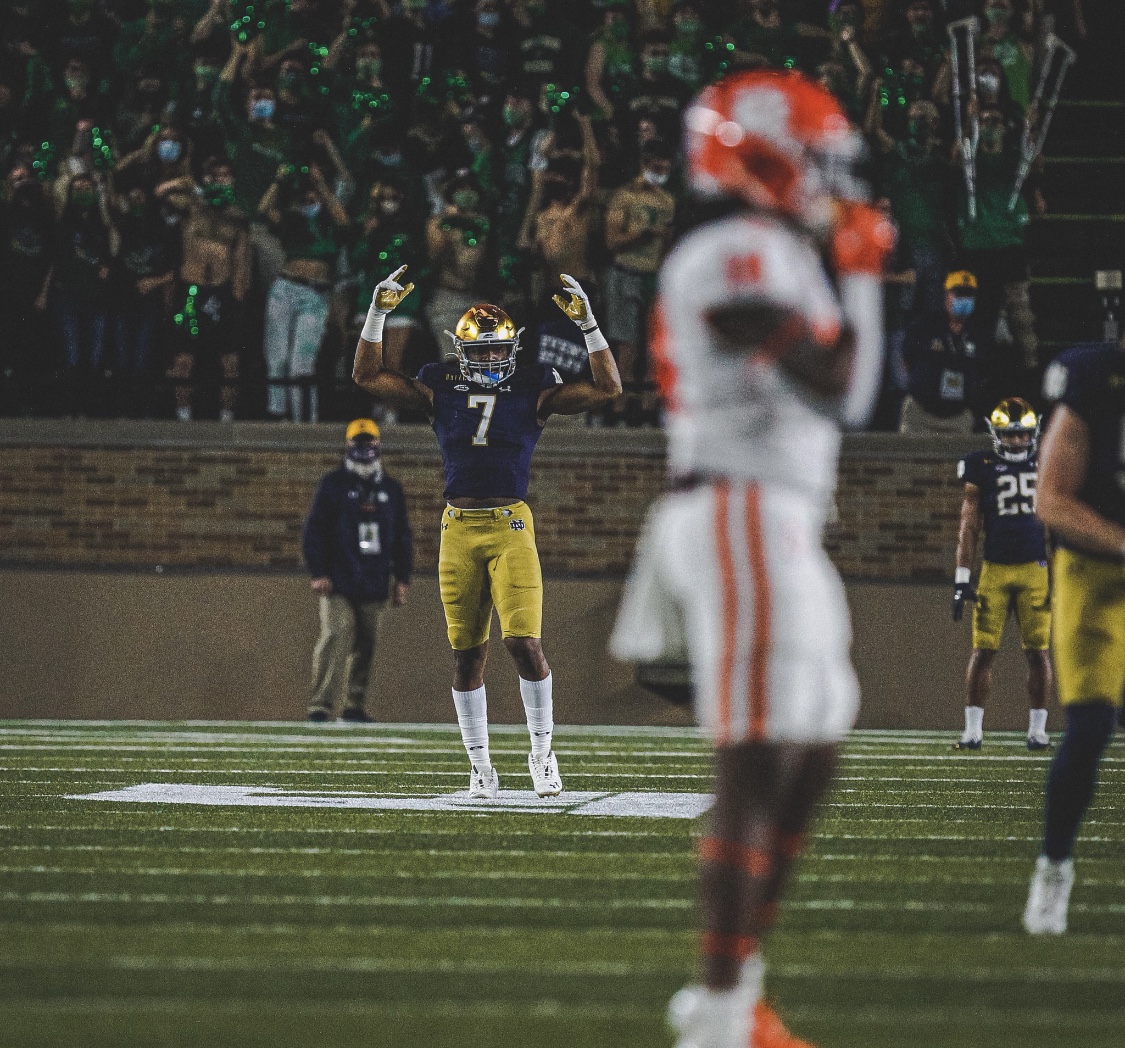 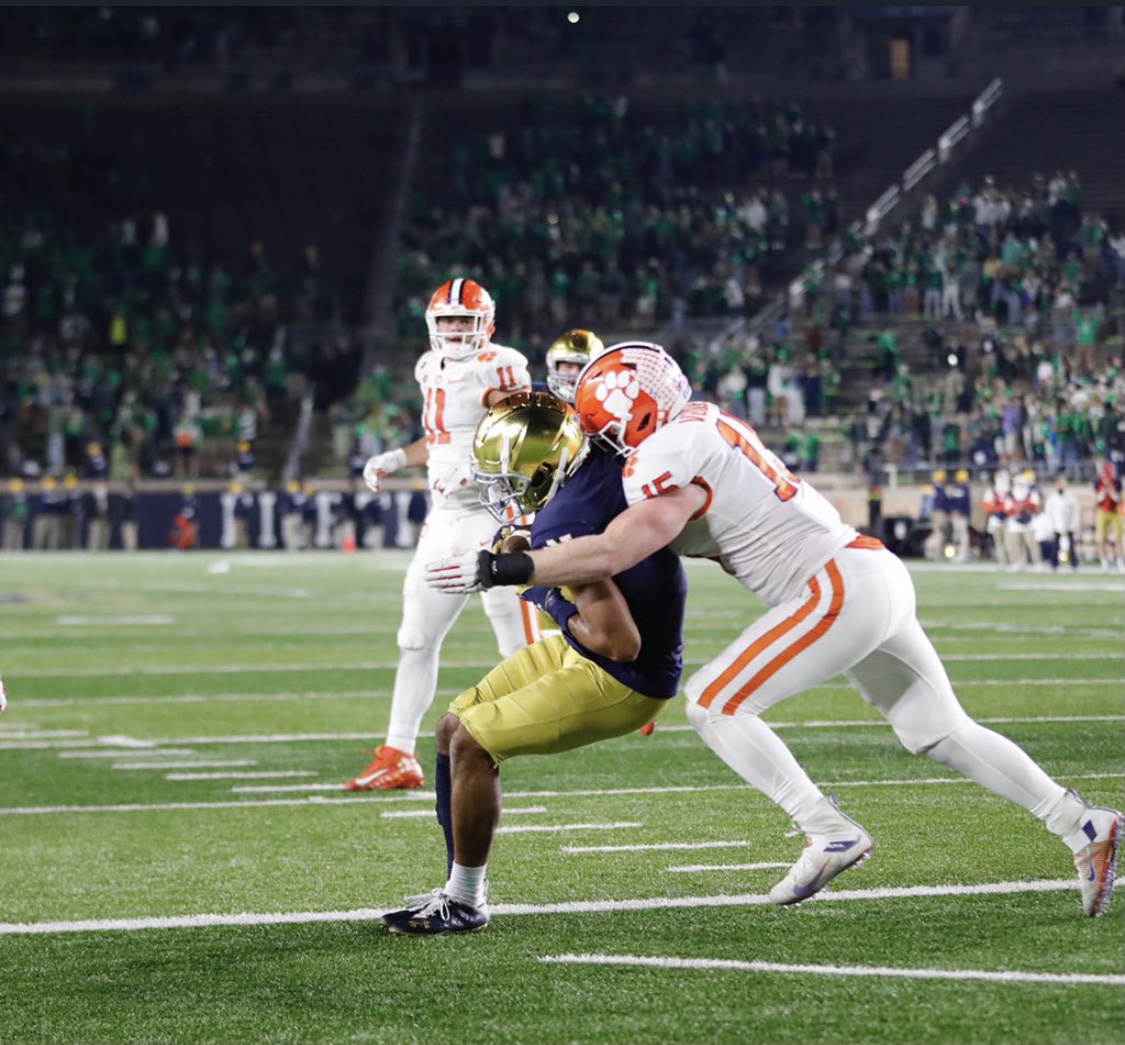