The Standard: Panic on Pennsylvania Avenue

In the 2013 film “World War Z”, several scenes showcase an army of mindless zombies scaling the walls and barricades of cities that are supposed to be symbols of order and hope. I find it interesting that now, eight years after the release of that movie, life imitates art.

On January 6, 2021, a date which will now forever be shrouded in infamy, the U.S. Capitol was besieged by an army of fanatical Donald Trump supporters discontent with the legal results of a fair election. In the ensuing chaos, five people died: one officer and four Trump supporters.

Brian Sicknick, a Capitol police officer who dreamt of being a police officer his entire life, succumbed to injuries sustained in a physical clash with Trump supporters. He was smashed in the back of the head with a fire extinguisher and died several hours later in a hospital.

Ashli Babbitt, a 35-year-old Air Force veteran, died from a gunshot wound to the neck. Capitol police shot her as she and the Trump mob tried to breach the inner House Chamber where Congress was being sheltered. She was pronounced dead at the hospital.

Much of the mob that stormed the Capitol building did so without covering their faces. As a result, over 300 arrests have been made as the FBI continues to identify suspects. Those arrested have been brought up on domestic terrorism charges and placed on no-fly lists.

How could this have happened? How could a beacon of democracy to the world be ransacked by conspiracy-theorizing thugs? We need look no further than the man at the head of the table of insurrection, President Donald John Trump.

Prior to Twitter finally silencing his posts, President Trump had tweeted baseless claims about a stolen election, saying that the other side cheated and he won by a landslide. He energized and enabled his loyal band of followers with these posts and in a way held a torch to the powder keg of what happened on January 6.

At approximately 11 a.m. on Jan. 6, Trump held a “Save America” rally, featuring genuine orators Don Jr., Eric Trump, and Rudy Giuliani. Shortly after them, the President began to speak. He rambled on for over an hour, stating that he and his supporters would together “Stop the steal.”Upon finishing his pep talk, he said that he would join his supporters as they march down Pennsylvania Avenue in order to ensure the election was legal. As thousands marched onwards to the Capitol, Trump, perhaps forgetting the empty promise he made, went inside the White House and never came out.

We all know what happened next. Violence erupted. Five people were killed. Shots were fired. The guards basically let terrorists enter the Capitol building. Trump flags flew from balconies and the inner sanctum was breached. Excrement was smeared along the walls and offices. The nation and world watched with mouths agape as a pillar of light in a dark world was desecrated, defiled, and ransacked by those claiming to work in the name of freedom.

Luckily, President Trump knew just what to say, or rather, tweet. In a video about one minute long, Donald Trump, President of the United States of America, said the following: “I know your pain. I know you’re hurt. We had an election that was stolen from us. It was a landslide election and everyone knows it, especially the other side. But you have to go home now. We have to have peace. We have to have law and order. …  So go home. We love you, you’re very special” (USAToday).

Let me remind you, dear readers, that President Trump’s win/loss ratio of court cases surrounding his claim of a fraudulent election is more dismal than the Chicago Bears’ most recent football season.

In the past, I have made no secret my disdain for Donald Trump. I have never softened my harsh critique of him. But this event, this horrendous event, is what finally pushed me over the edge from mere annoyance and confusion to cold, hard fury. And it appears that Congress has finally taken their heads out of the sand and come to grips with reality.

As of writing this article on Monday, Jan. 18, 2021, Joe Biden has been certified as President elect and the House has voted to impeach President Trump a second time. Should the Senate vote the same, President Trump will never be allowed to run for another term. He will, however, have his day in court or rather, hundreds of days as state governments assemble to tie Donald Trump up in so much litigation that his ghost is going to need a lawyer.

In these trying times ahead of us, I would just like to wish you all a very safe 2021. May God be with you, and may God be with the United States of America. 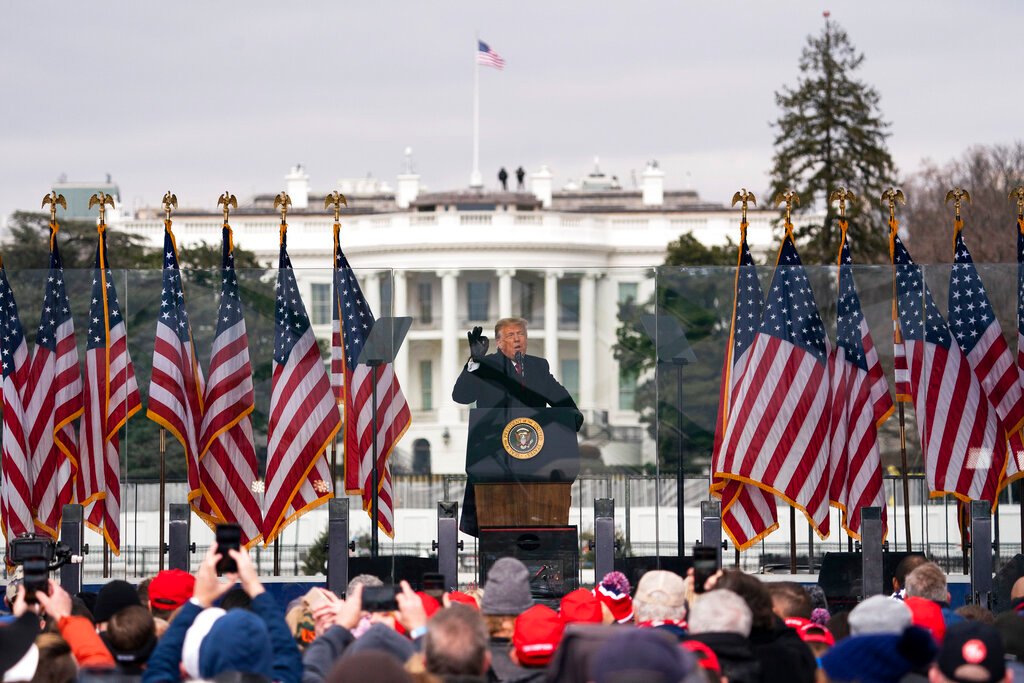 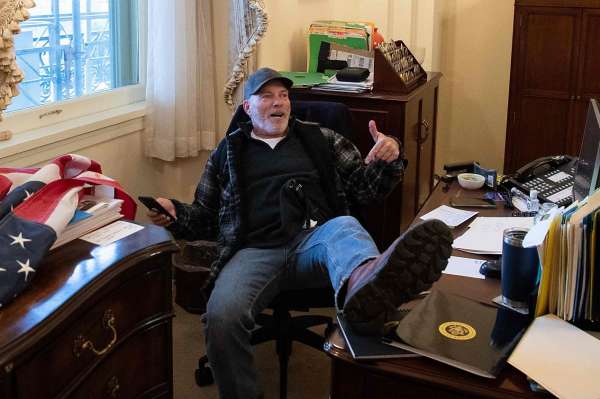