I write my final article for this class with mixed emotions. I say this not to sound special; I would almost guarantee that every senior journalism student feels the same way. But “mixed emotions” perfectly sums up how I feel right now.

When I first came to Rice, I was extremely shy. My natural tendency towards timidness was exacerbated by the fact that I hardly knew anyone going in. No one from my grammar school class was going to Rice, and while I did know one good friend who was going, he wasn’t in any classes with me. Besides that, I had only met two or three other kids who would become my classmates just from being around the Palos area.

Knowing that I wouldn’t have a lot of friends coming to Rice with me forced me to get out of my comfort zone. I joined the football team. Having not played beyond the level of pickup football with my friends in the backyard, those first few August practices were a shock to me. I had never worked as hard as I did during the first few weeks of football.

At some points during those practices I regretted my decision to join football, but looking back, joining the football team may have been one of the best decisions I had ever made up to that point. At the very least, I made acquaintances that you can always say “hello” to in the hallways. At best, I made lifelong friends and memories that I will cherish until the day I die.

I also came to Rice with enormous dreams and aspirations. Anyone who has met me knows that I bleed Notre Dame gold and navy blue. My room has been adorned in those very colors for as long as I’ve lived in it. I watch every Notre Dame football game every Saturday. No matter if the Irish are the 21 point favorite against Ball State or preparing to play Alabama in the College Football Playoff, I can be found on the couch rooting on my team. For as long as I can remember, I wanted to attend Notre Dame. When I entered Rice, I carried that very goal.

I also came to Rice with the dream of playing baseball at Notre Dame. My freshman year was the year after one of the greatest Rice baseball teams to play at 99th and Pulaski finished their season. I remember following their season on MaxPreps.com and boasting to my dad that my future high school was nationally ranked. I saw myself becoming the next Mike Massey, Ryan Kutt, or Ryan King. I entered Rice knowing that I would be playing under one of the greatest coaches in the state for one of the greatest programs in the nation.

Sometimes dreams change. Priorities change. I began to change my mind about attending Notre Dame once it became clear to me that baseball would not be an option there. Though I dreamed about becoming the next great Rice baseball player, it turns out that I did not have the talent to achieve my dream.

I carry no regrets. I do not regret the countless sleepless nights I spent studying with thoughts of getting accepted into Notre Dame fueling me to push through. I do not regret the early mornings I spent outside the main entrance doors, waiting for Coach McCarthy to welcome me into the offseason baseball workouts that I hadn’t even been invited to as a freshman. Those moments and experiences made me who I am today.

When I said that dreams and priorities change, I meant it. I changed my dream of playing baseball at Notre Dame when I realized that I wanted to play college baseball more than I wanted to attend Notre Dame. Around the beginning of my junior year, I shifted my focus to finding a high academic collegiate program that would be a fit for my level of baseball ability. In February of this year, I committed to play baseball at Rose-Hulman, which ranks very highly in my major of choice and has been ranked a top undergraduate institution perennially. Had I not sat down and taken an honest look at what I wanted out of life, I don’t think I would be as happy with my choice as I am today.

Since then, I have shifted my focus to achieving new goals. And in four years from now, the goals I have set for myself now may change. That’s okay. I will be chasing the dreams that make me truly happy.

When I sat down to write this, I did so without an outline. I did so because I wanted my writing to come directly from my heart. Looking back at it, there are so many memories I could have recalled. So much content to be shared. If you sat me at a computer and told me to write about everything I learned from Brother Rice, I could be there for weeks.

I was told to keep this brief, so I will wrap up with this: enjoy your four years at Rice. Everyone says they go by fast, and they do. Thank you to everyone who made my four years special, from teammates to classmates, coaches to teachers, and especially to my parents who made huge sacrifices to afford me the opportunity to get one of the best Catholic educations on the planet. Four of the greatest years of my life have come to an end. 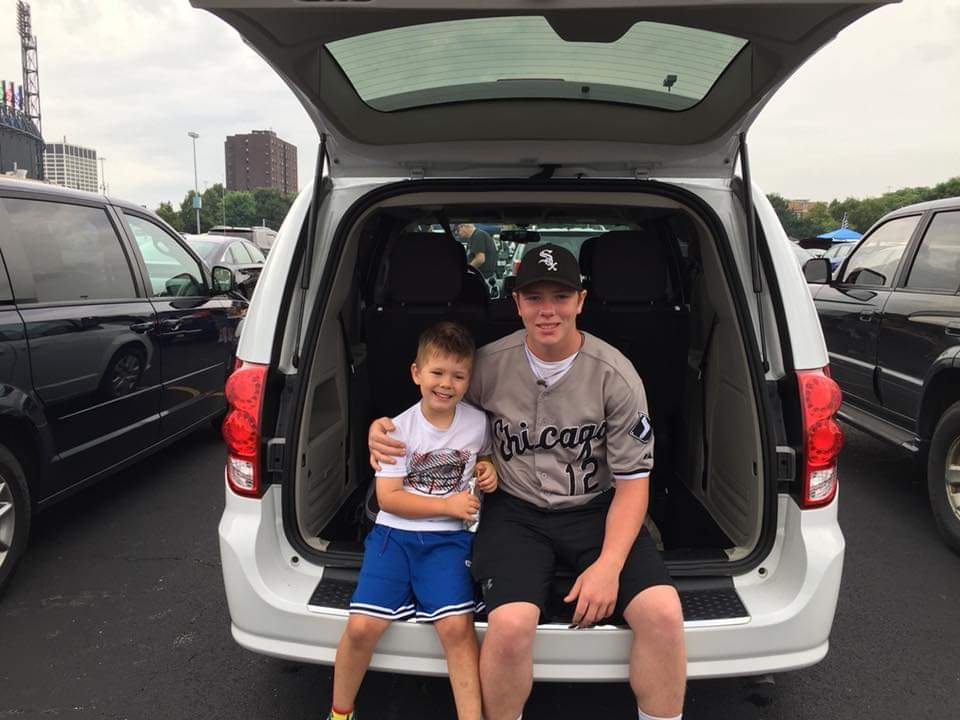 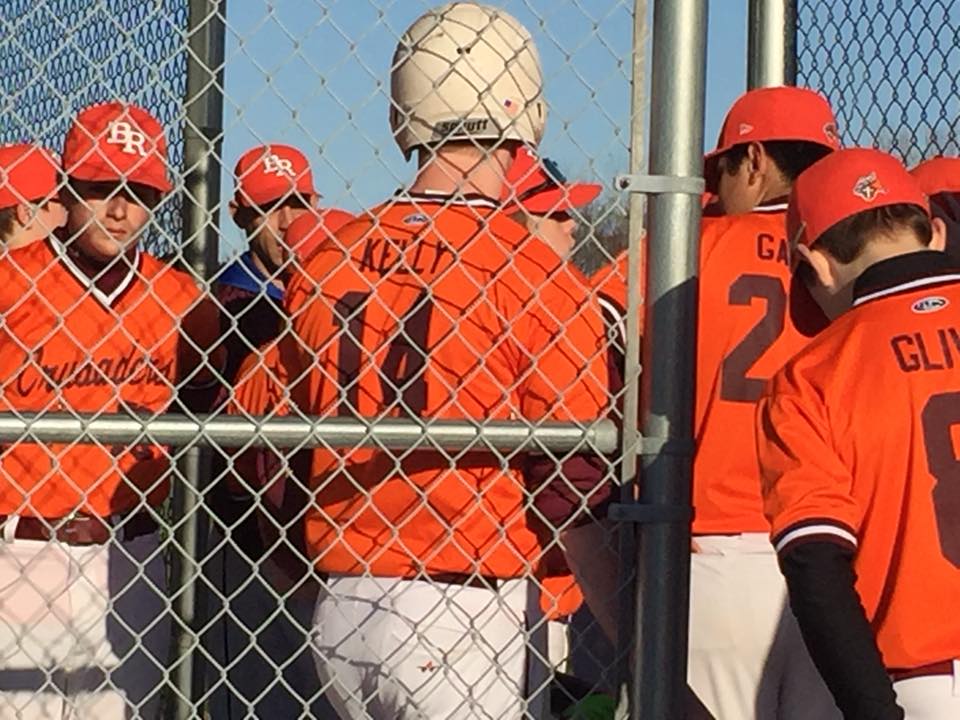 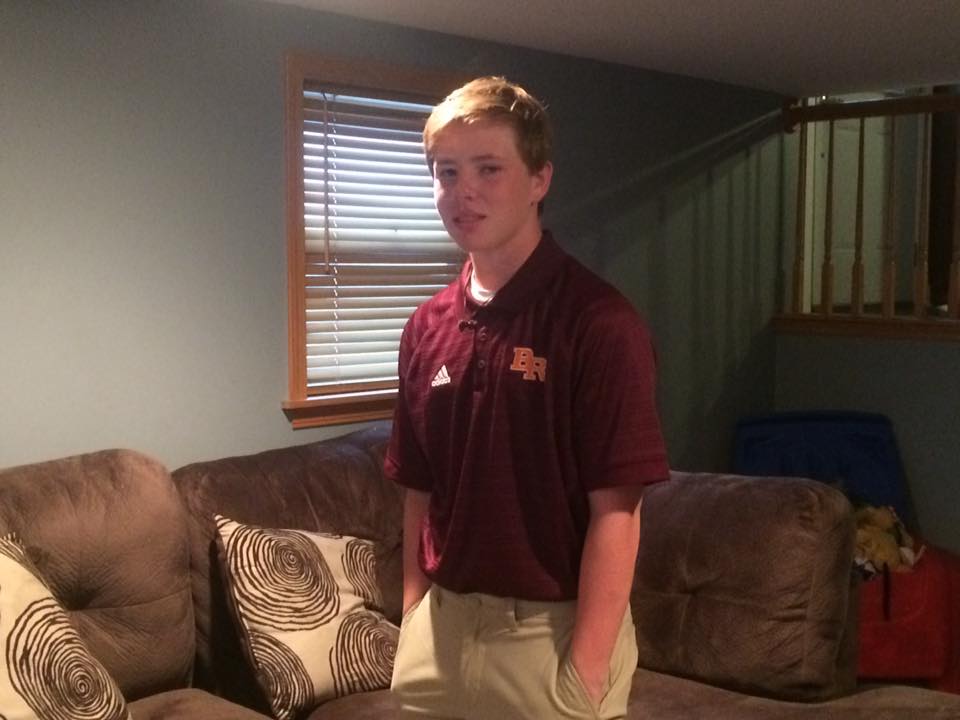 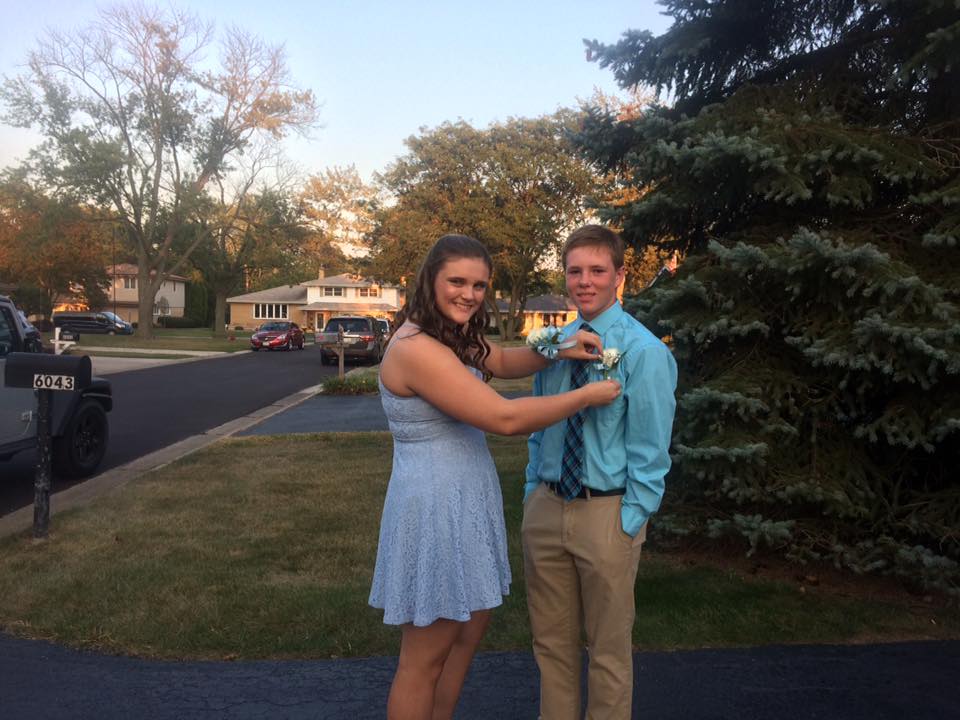 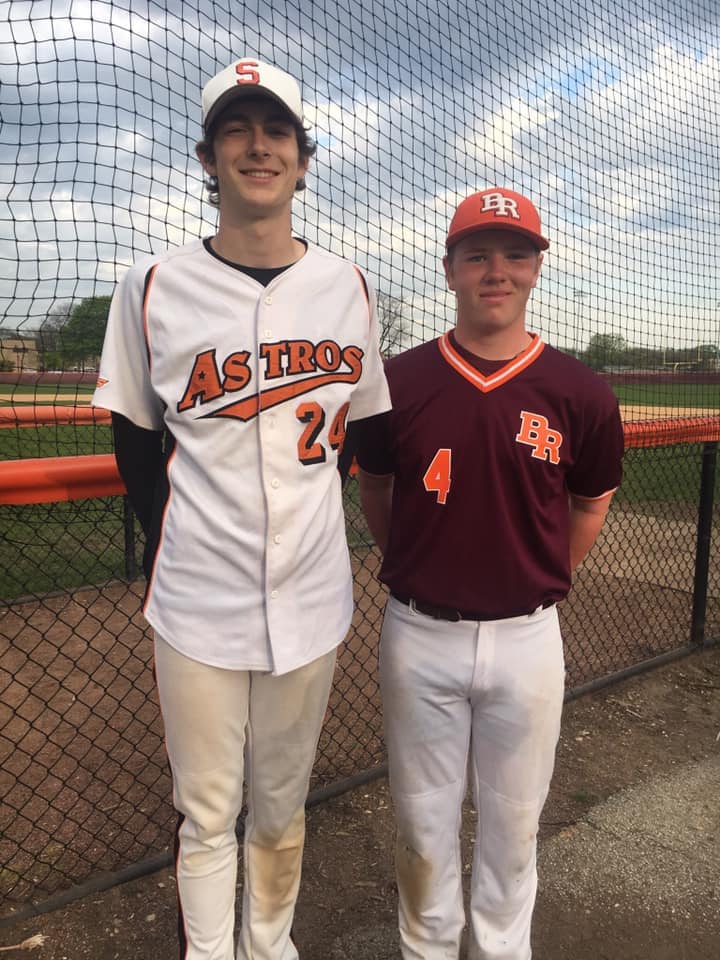 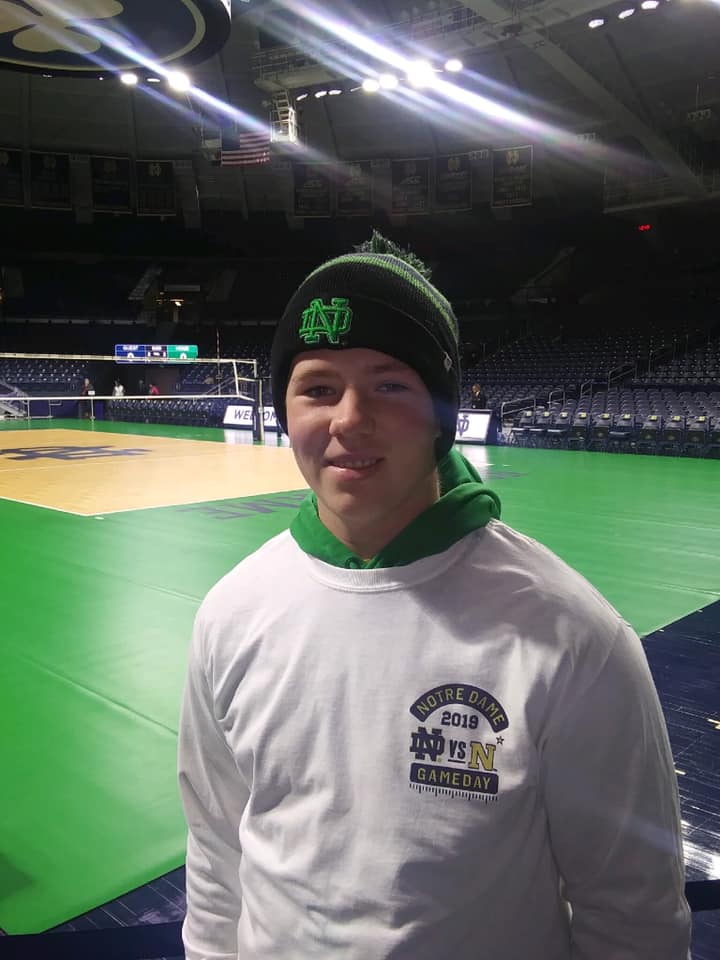 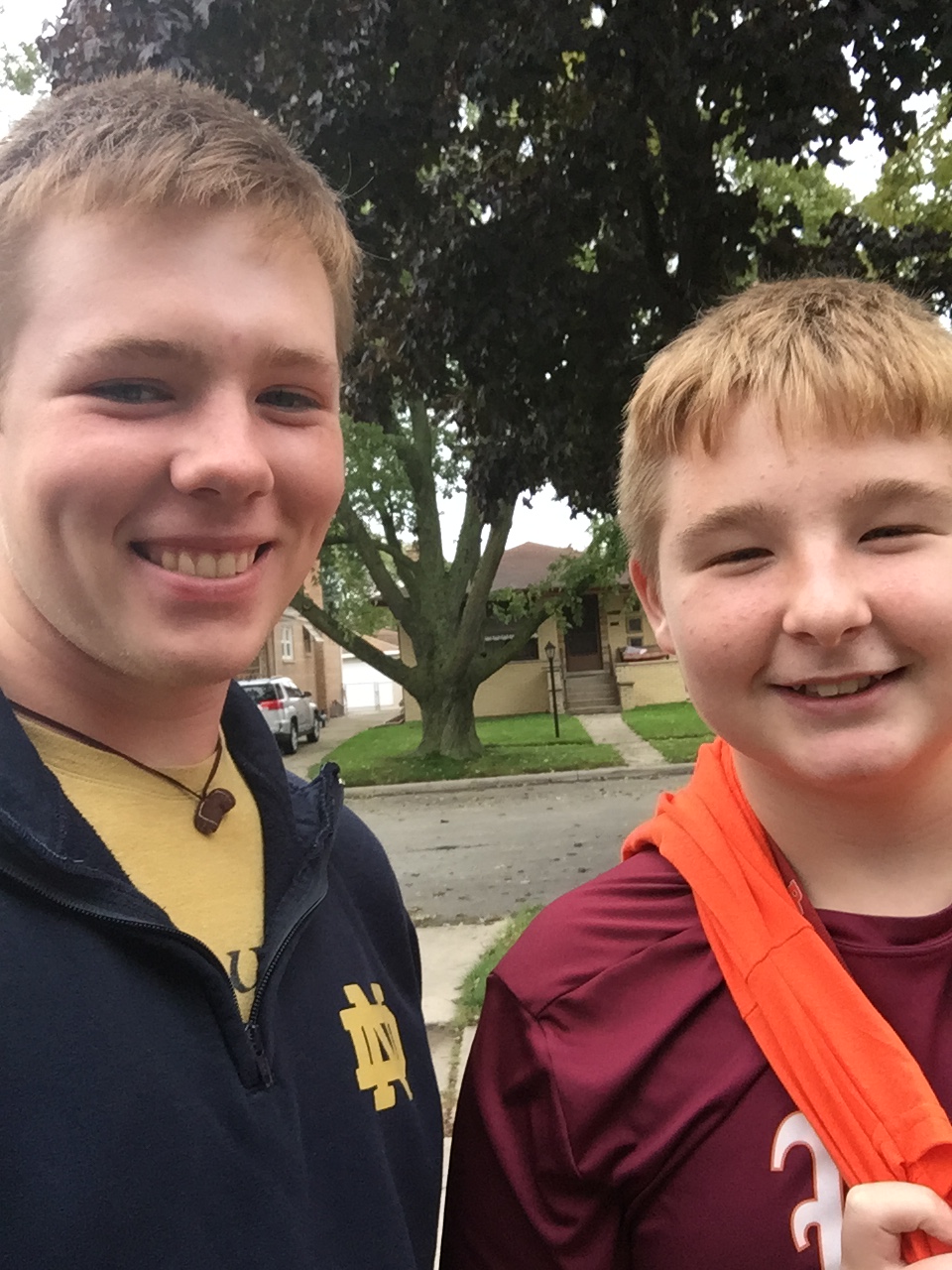 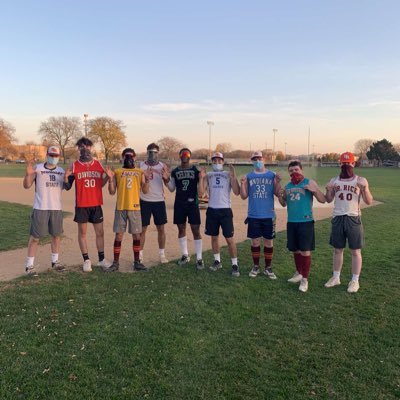 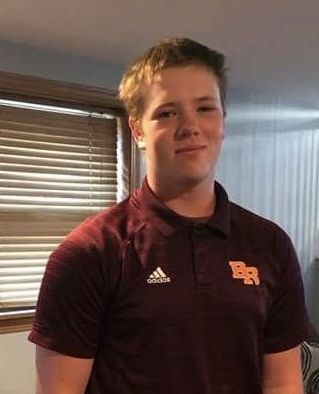