On Tuesday, the Crusader basketball team traveled to St. Rita to face off in a CCL matchup. The highly anticipated game brought a packed house to St. Rita. The matchup was broadcasted on WCIU as the game of the week.

Because of the amount of fans present, our Crusader Crazies had to cheer on from the baseline. While St. Rita expected a huge turnout for the game, they did little to nothing to accommodate the visiting fans.

The Mustangs (19-10) have the size where it counts. They are led by Morez Johnson, an Illinois commit, and James Brown at center. Brown is a well-rounded player with a growing number of offers from  D-1 schools. Johnson used his size to his advantage as he led the Mustangs with 20 points and 21 rebounds.

Many thought the Mustangs were going to blow out the Crusaders, but the game of the week lived up to its hype.

In spite of the mismatch in size, the Crusaders fought hard and won 62-55. Defense was the big piece of the puzzle for the Crusaders. Without the presence down low, the game could have resulted in a different outcome. Every minute of the game counted as the Crusaders battled to make it a memorable game.

Coach Bobby Frasor said, “I thought our guys competed really well all night.  Everyone who played gave us good minutes. We really emphasized establishing position early inside and not letting their bigs post up low. Kenney and Lausch made them work for their points and Jayden and Khalil were great as well.”

The key for the defense was to stop the inside game and limit the Mustangs by forcing deep shots. Junior Ryan Kenny said, “We were trying to be as physical as possible. Move them out of the paint early so they would not even get a chance to get the ball inside.”

The Crusaders (21-6) are led by a squad of underclassmen. They showed their offensive skills beyond the arc as Junior Nick Niego drained four 3-point shots and Junior Ahmad Henderson led the Crusaders in scoring with 18 points.

Coming off a tough overtime loss to Mt. Carmel last week, this is exactly what the Crusaders needed to do to get back on track. Senior Jack Lausch said, “Huge team win. Proud of the way our guys bounced back. Great momentum heading into the final stretch of the season.”

The Crusaders finish off the regular season at home against Bogan this Friday. After that, the Crusaders head into the playoffs against Shepherd next Wednesday, Feb. 23, at Brother Rice. 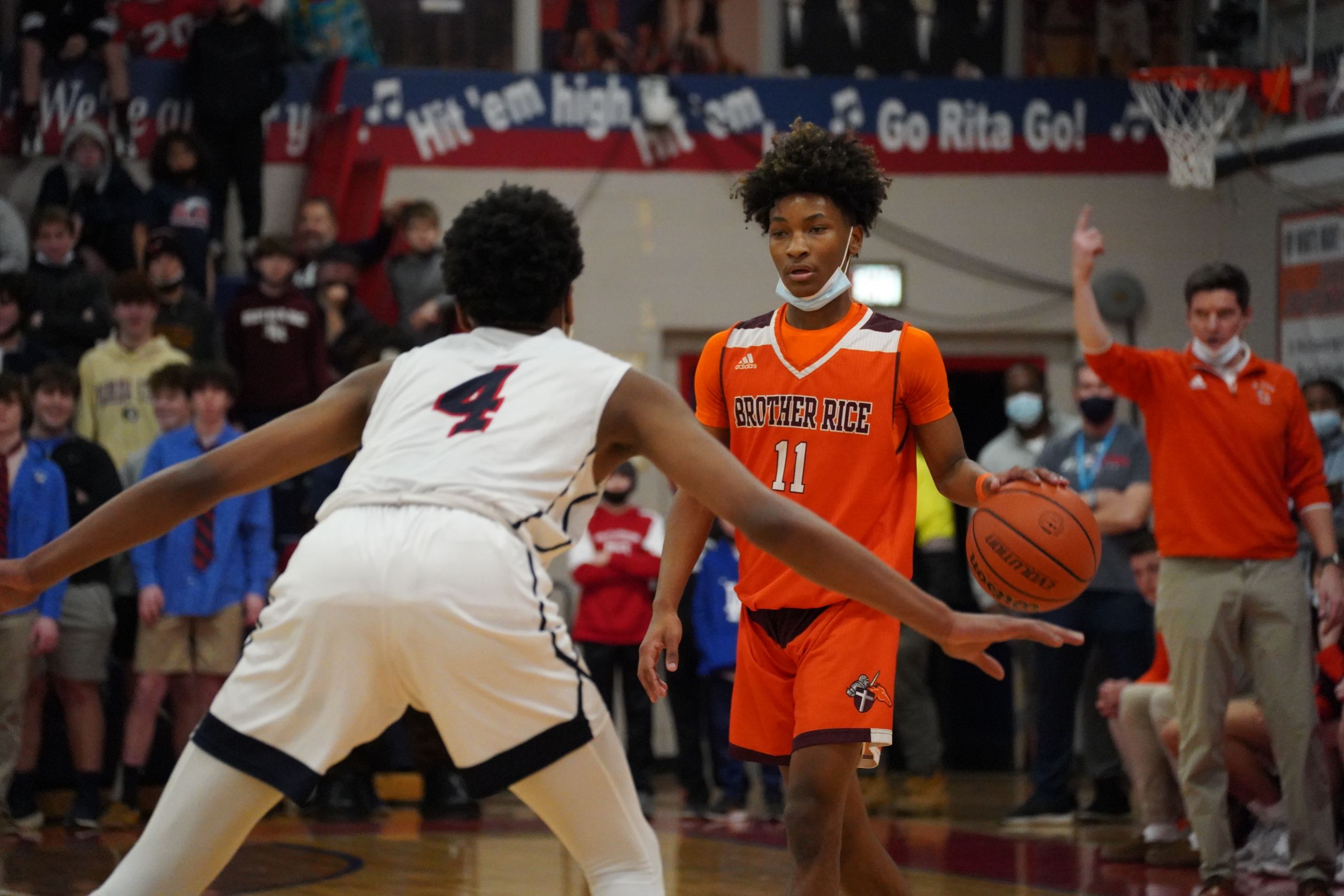 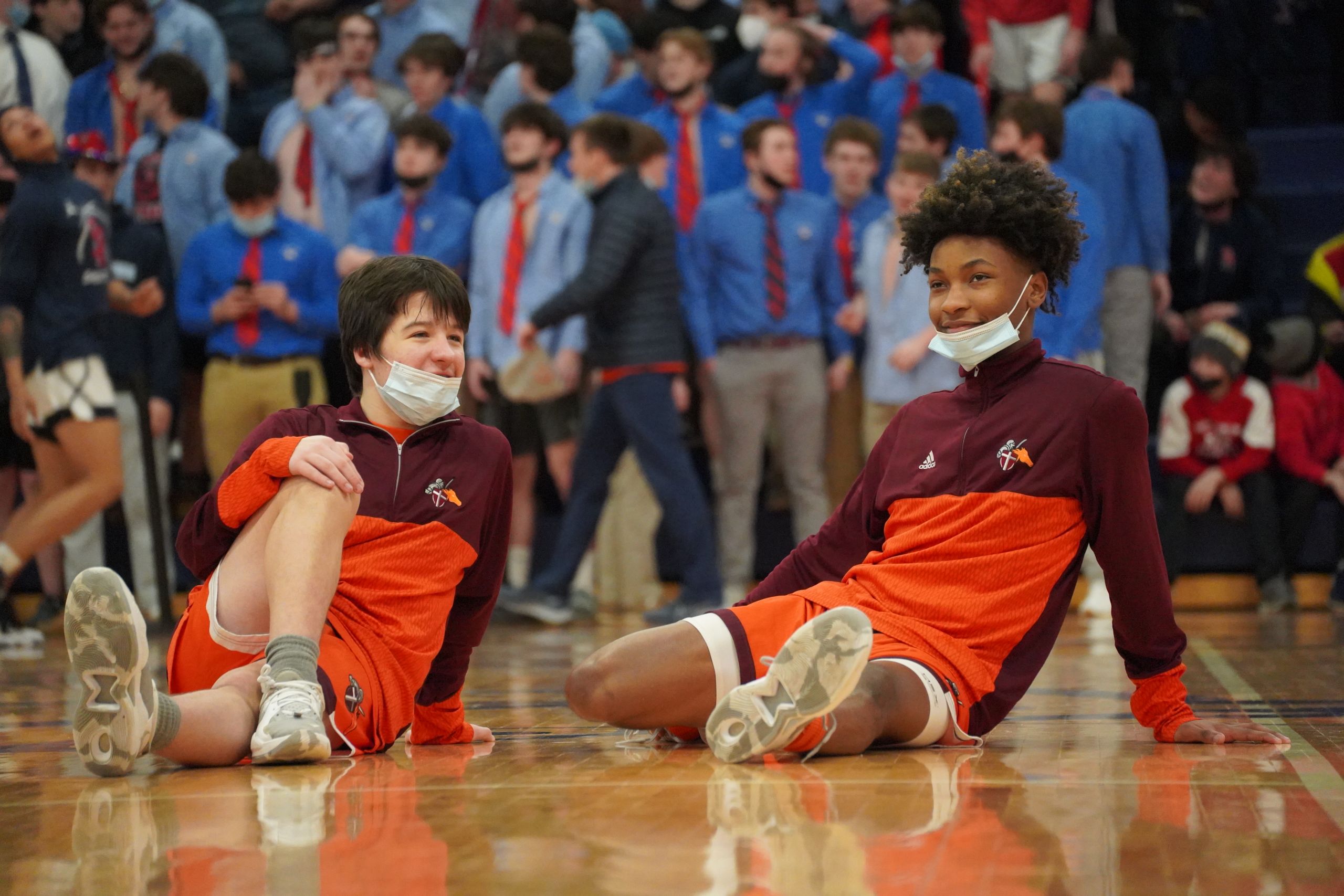