The Standard: The Courtyard Wonders

Sometime throughout the academic school year, students who take a look out of their classroom window might happen to see a surprise out in the main courtyard at Brother Rice. Once a year, a new family of gosling appear in the courtyard, with the two parents strictly watching and protecting their babies.

There typically will be around four or five babies following their parents’ footsteps in the courtyard, and they will do so for a couple weeks. The parents choose the high school’s courtyard for secure protection, with four brick walls surrounding them, making it harder for their babies to be harmed.

Well, this past week was when we welcomed a new family of goslings to the courtyard. Assuming the parents have a nest on the roof of the school, they lay their eggs, and lead them to the courtyard. It takes baby goslings up to three months before they are able to fly and move in the air. Until then, they are stuck on the ground walking around with their parents and other goslings.

So to answer many people’s questions as to how they get down to ground level, according to the Toronto Wildlife Centre, “… because the goslings are so small and fluffy, they are able to jump from no higher than two stories without getting themselves injured.” In addition, when the school feels the need to remove the geese from the courtyard, they have to call a special service to come remove them, by attracting them into the school and out the back hallway to the rear door.

Gosling are able to fully function within the first 24 hours of their birth with the only exception being that their wings aren’t fully developed to fly yet. They will stay right by their parents’ side until they are at that point where the wings are fully developed, which tends to take just over two months to do so. As the family as a whole, they will all stay together for just over a year until they are able to all move along with their own respective lives. The courtyard is a nice place for the goslings to wander around because of the rich grass that is in there, which is their main source of food at the early stages.

The faculty and staff also love when the geese come around for their annual visit.

Maintenance engineer Frank DiNovella said, “I love those guys. I feed them all the time and I love doing it.”

Although Frank said they tend to be frightening at times, it’s great to see them leading their babies around the beautiful courtyard.

Mrs. England is also another faculty member who loves to look out the window to see the geese. “They are such precious things and I love watching them move around,” Mrs. England said.

Several other faculty members who are on the second floor of the building looking down over the courtyard love opening their windows to see them. As the geese just made their mark for this year this past week, several people will make their way to their windows to take a look at them for the short time that they will be there.

As the annual tradition continues throughout the years, hopefully we will be able to continue seeing the new geese and goslings in the courtyard and watching them grow and prosper. 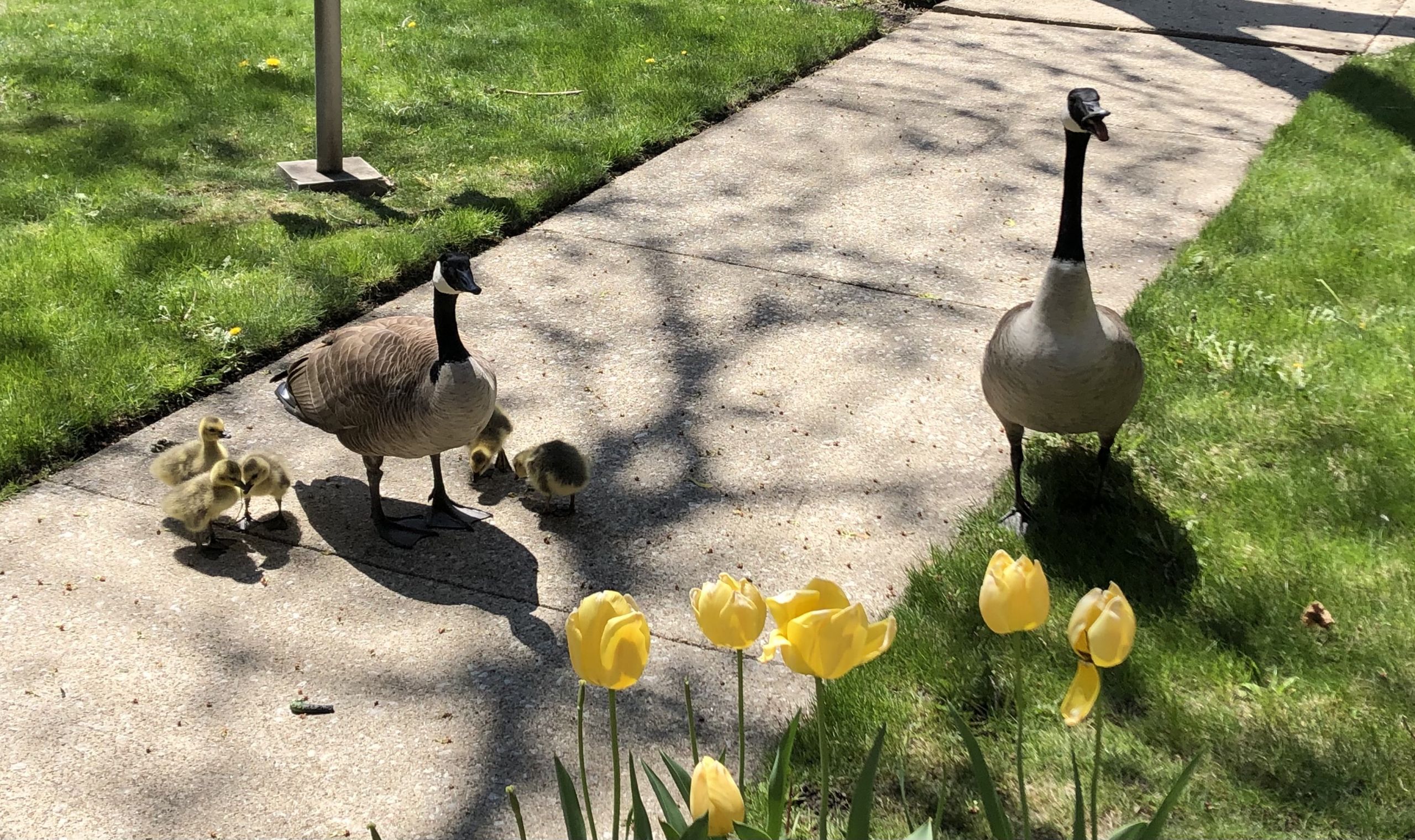