The Standard: The Crusader World Series

The cool crisp air in the fall reminds any baseball fan of the postseason. As the leaves fall and the days get shorter, only one team will rise to the challenge and become World Series champions.

Although the Los Angeles Dodgers are Major League champs, the series on 99th and Pulaski is still up for grabs. This fall, three teams will compete against their teammates in the first-ever Crusader World Series.

It all started on draft night. Team captains consisted of one senior position player paired with one senior pitcher. Let’s meet the teams.

Team One: With Luke Lawrence and Mike Bernas leading the squad, this team had a lot of upside potential. They drafted some solid juniors like Nick Daughtery and Will Flanigan, but they also took many POs (pitcher only) like Ben Guzek and Brendan McQuillan.

Team Two: Nathan Mosqueda and Sebastian Barrera drafted a solid lineup. With Zion Rose, Beau Polickey, and Cam Hill in the center of the lineup, they could score some runs in a hurry.

Team Three: Finally, John Creviston and I, Nick Cipriani, drafted a subtle but scary lineup. We had a lot of young talent with sophomores Bryce Nevils and Amir Gray. Also, we drafted junior quarterback Jack Lausch with the first overall pick. To put a bow on it, Armani Garcia (currently injured catcher) will be managing the squad.

Since there was no restriction on uniforms, each team came out with a different theme.

Team Cipriani set the tone in game one with basketball jerseys and winter hats. Team Mosqueda responded by playing in cutoff dress shirts. And Team Lawrence came out with some old school MLB jerseys.

With the teams and uniforms set, games began.

The first game was a nail biter between Team Mosqueda and Team Cipriani. All tied up after five innings, we went into extras. Team Mosqueda broke it open with four runs in the top of seventh. Needing to pull off a miracle, my squad managed to load the bases but failed to score any runs. Final score: Team Mosqueda 5-1.

After a short two-week quarantine break, the Crusader World Series started up again.

Game three was an elimination game. The winner between Team Cipriani and Team Lawrence was advancing to the ship. Team Cipriani jumped out to an early lead and never looked backed. Final score: Team Cipriani 4-1.

The stage was now set, and the Crusader World Series came down to one final game.

The undefeated Team Mosqueda was favored, but they were missing two of their main players. The game started with a scoreless first. In the top of the second, Cipriani’s squad squeezed across one run and then added three more in the next inning.

After Arturo Mora’s no-hitter through three innings, junior Jake Fenton came in to close the door. An opposite field home run by Jack Lausch gave Fenton some extra breathing room in the last inning.

After shutting down Team Mosqueda in the bottom of the fifth, Team Cipriani was dogpiling on the pitcher’s mound. Final score: Team Cipriani 5-0.

Senior outfielder Connor Durkin gave a post-game response on the win. He said, “I love how the boys bounced back after the opening game. It feels awesome now.”

The first-ever Crusader World Series belongs to Team Cipriani. After a heartbreaking loss, we battled through adversity and bounced back with two strong performances to claim the title. 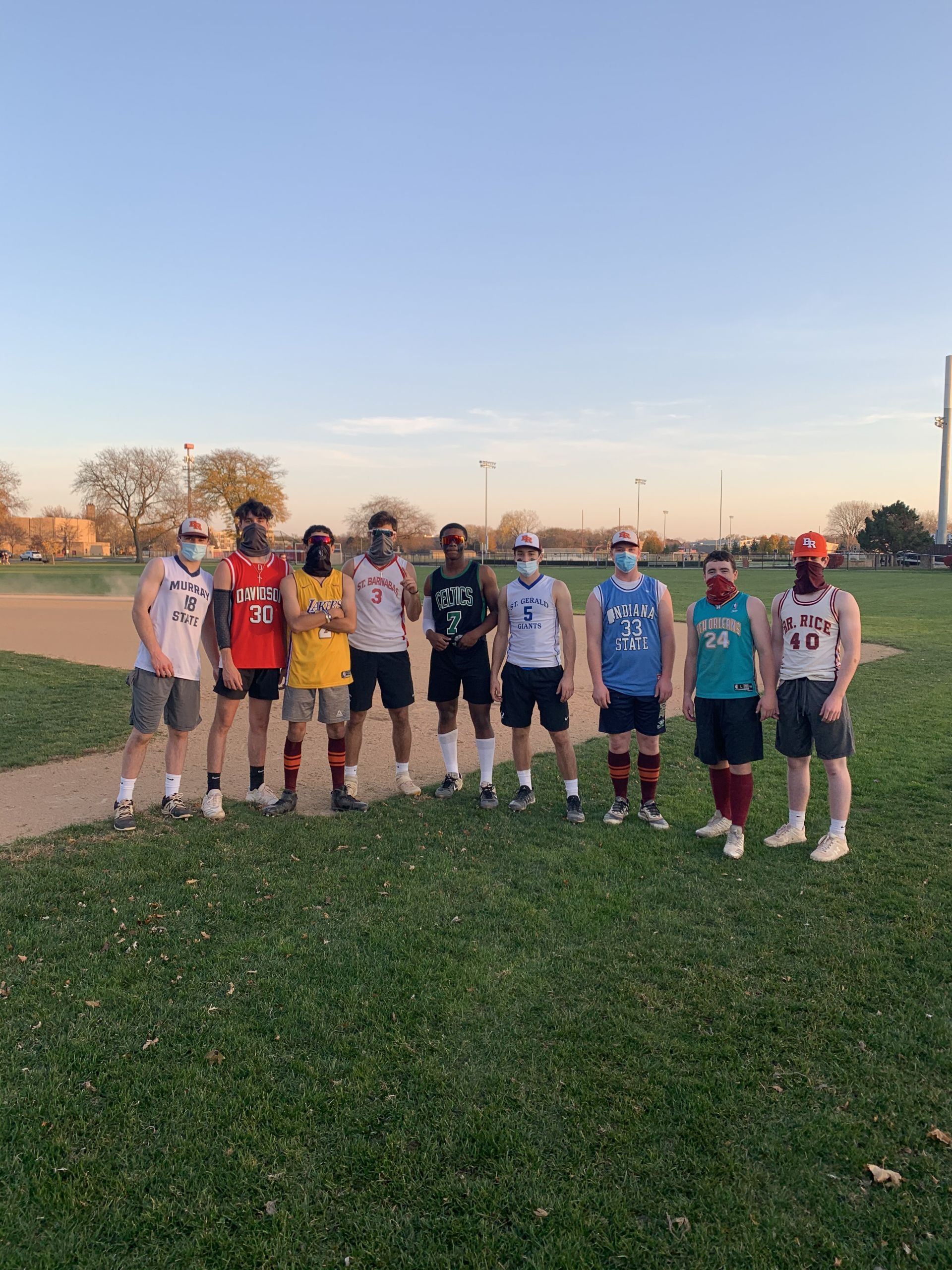 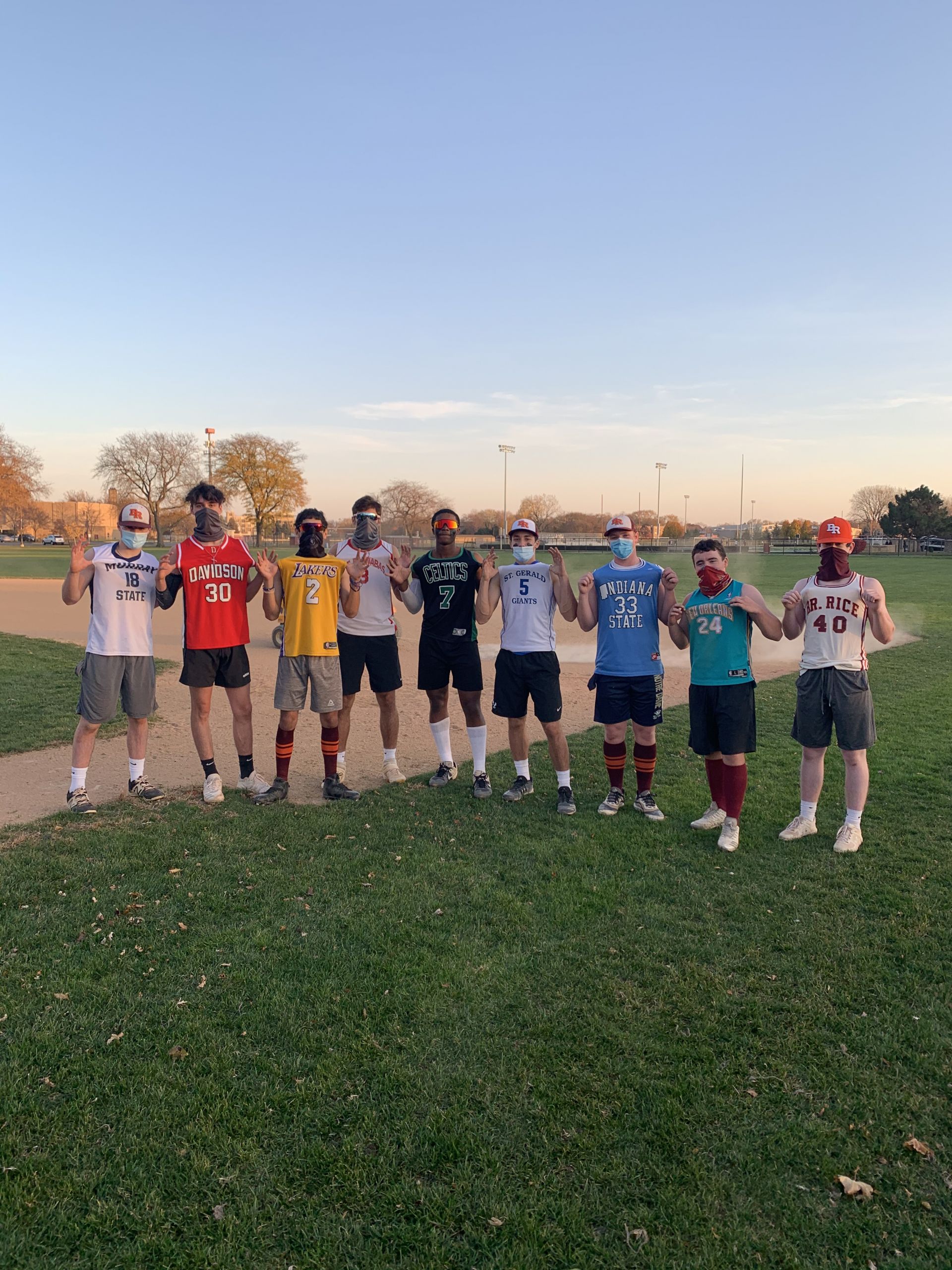