The Standard: The Crusaders Battle But Fall Short to Rival Marist

The Crusader football team took a tough loss to the Marist Redhawks on Friday, March 26. It was a back and forth tough, Southside, Catholic League battle between arguably two of the top teams in the state.

The Crusader offense started off sloppy on their first drive after a questionable fumble by junior Khary Shaw.

Senior wide receiver Collin McGlynn said, “I honestly thought that was an incomplete pass, the call didn’t go our way but we have to adjust and fight through adversity.”

The Redhawks could not capitalize on great field position. After a defensive battle in the first quarter, Marist broke open the scoring with a jump ball touchdown by Marist junior wide receiver Jimmy Rolder.

On the very next drive, junior quarterback Jack Lausch hit senior Willie Shaw in the back of the endzone to tie the game back up at seven. This was Shaw’s first game back with the Crusaders after having hip surgery in December.

Shaw, the Toledo recruit and reigning offensive player of the year in the conference, said, “It felt good being out on the field again with my brothers. Even though I had about a week and a half to practice and prepare since I got cleared, I feel like we came out excited and happy to play with each other. Scoring gave me a sigh of relief. I thought that coming off an injury, I’d have to try harder than ever since I’m about five months behind everyone, but that motivated me even more to work harder towards bettering my best.”

After a goal-line stand by the Crusaders and a blocked field goal by senior Jeremiah Powell at the end of the half, the score remained tied going into the break.

The Crusaders struck first in the second half with a 7-yard touchdown run by junior Khary Shaw on a jet sweep.

Ben Somers, a free safety for the Crusaders said, “It was a back and forth game. Both teams were making plays and competing at a very high level. After they scored that second touchdown, we knew we had to make some adjustments and make plays down the stretch.”

After a Lausch punt that pinned the Redhawks deep on their own 4 yard line, junior Mikey Fahy, in his first varsity start, tackled the Marist wide receiver in the end zone for safety which put the Crusaders on top 16-14 in the start of the 4th quarter.

After the safety, the Crusader offense had a great starting field position at midfield but penalties stunted the Crusader’s drive. After a three and out by the Crusaders, the Redhawks took over the ball and the Marist running back Jamari Grant busted a 53-yard touchdown run to put the Redhawks on top late in the 4th quarter.

The Crusaders, unfortunately, could not score again and the final score was 20-16 Marist. 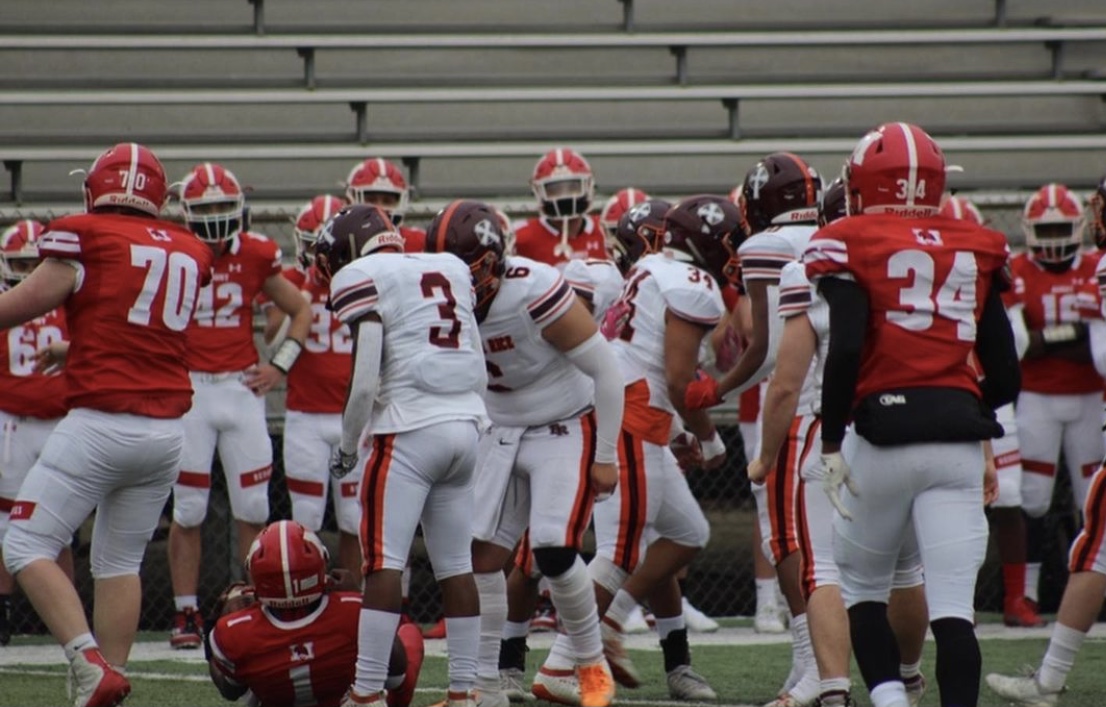 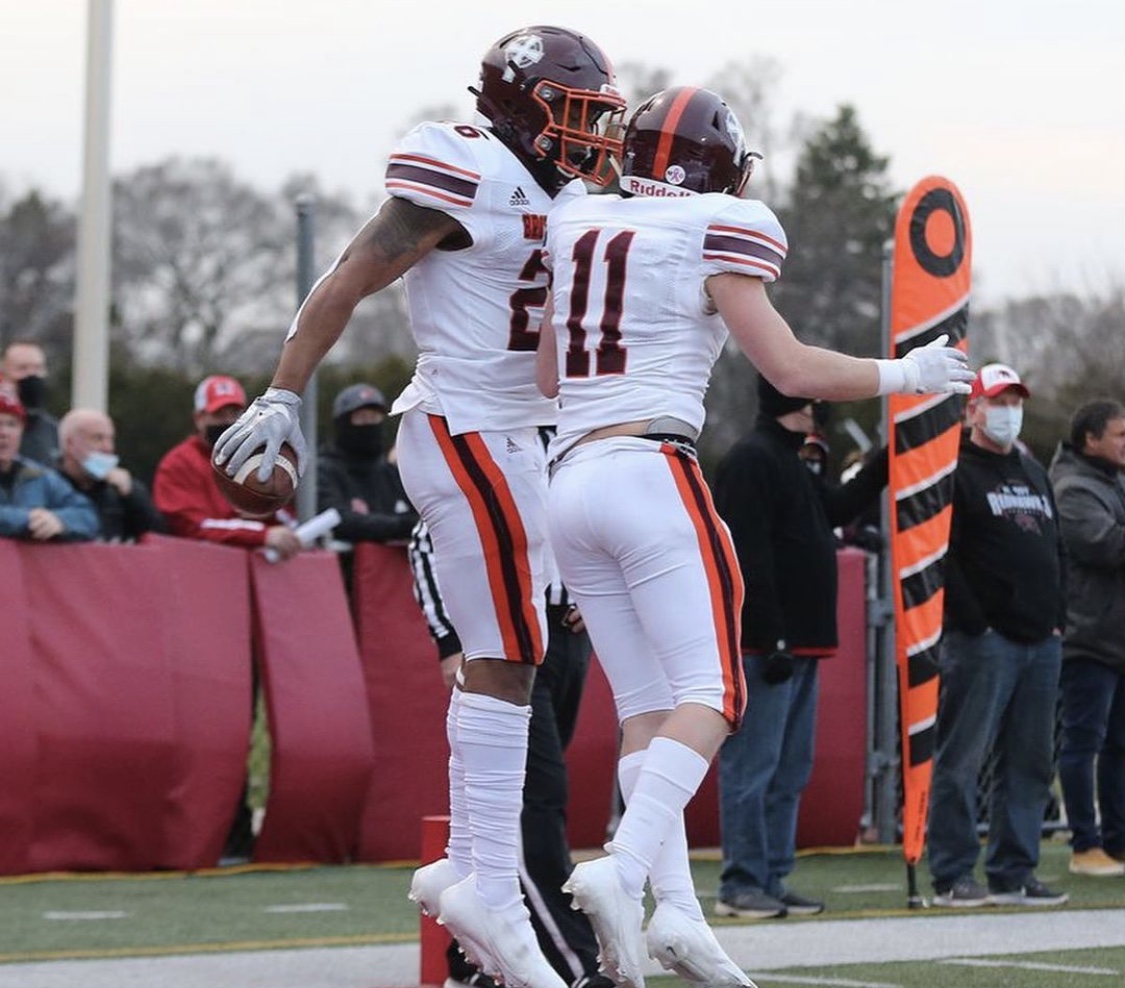 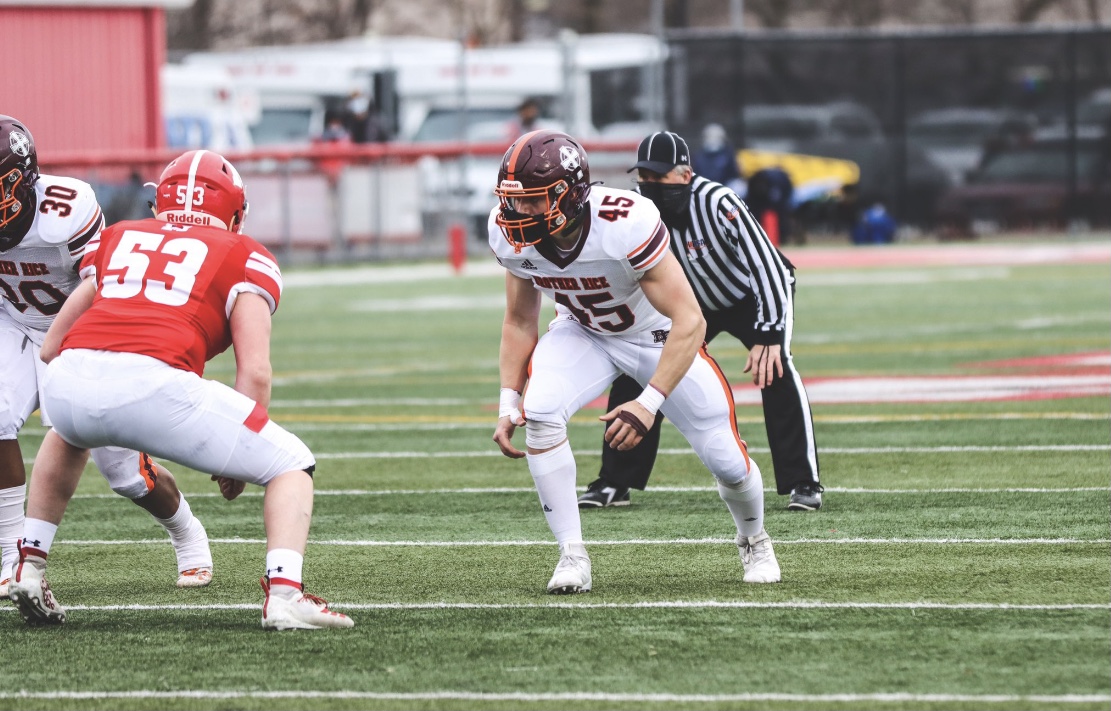