The Standard: The Crusaders Bounce Back by Clinching Their Playoff Spot

On Friday, Oct. 15, the Crusaders officially sealed their spot in the 2021 IHSA state playoffs. Brother Rice soundly defeated Marian Catholic 52-6. This victory is exactly what the team needed after barely being defeated on their homecoming by Joliet Catholic.

Kevin Frazier said, “I’ll play anywhere the team needs me. I’m here to win with my brothers.” This type of mentality is what will hopefully carry the Crusaders through the rest of the season.

Both Frazier and Pierce filled their new positions nicely to help contribute to the win Friday night. Other key defensive contributors included Micheal Fahy and Khary Shaw. Both players racked in clutch interceptions including a pick-six from Shaw.

Not only did the defense rebound nicely, Brother Rice’s offense performed at their usual high standard. The offense has been a force all year, averaging over 40 points a game. With help from the defense and special teams, the Crusaders were able to earn themselves their first 50 burger, 50 point game.

This victory was also great for the rest of the Brother Rice varsity team. All the second-string players had the opportunity to play and succeed in the game.

Senior Dan Curran, who recently came off an eight-week foot injury said: “It was an amazing feeling to finally be back on the field playing with all my brothers.”

The backups performed at a high level, especially for not playing much throughout the year. The Orange Offense marched down the field a number of times allowing Jack Welniak to complete a field goal. The Orange Defense also had success only allowing Marian to score 6 points.

The Marian Catholic Spartans did an amazing job hosting the Crusaders. The Spartan band was outstanding throughout the game in addition to their jaw-dropping halftime performance. Their fans also stayed strong the whole game and congratulated the Crusaders on their victory.

Coach Brian Badke said, “This is a new chapter for the Crusaders.” This new chapter certainly started off on a high note after soundly defeating the Spartans.

This classic Crusader win certainly adds more pressure to the Marist Redhawks. Brother Rice takes on their neighborhood rival, Marist, on Oct. 22. The Crusaders will hopefully have another on-the-road victory in the Battle of Pulaski. 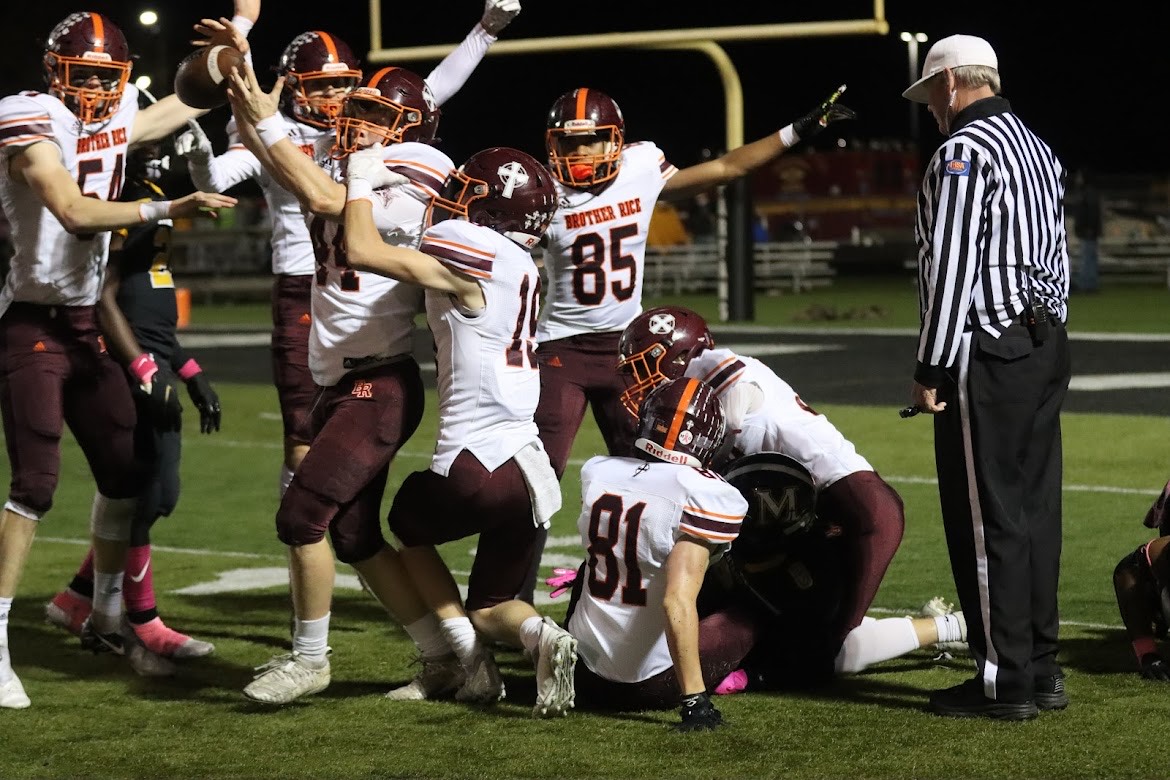 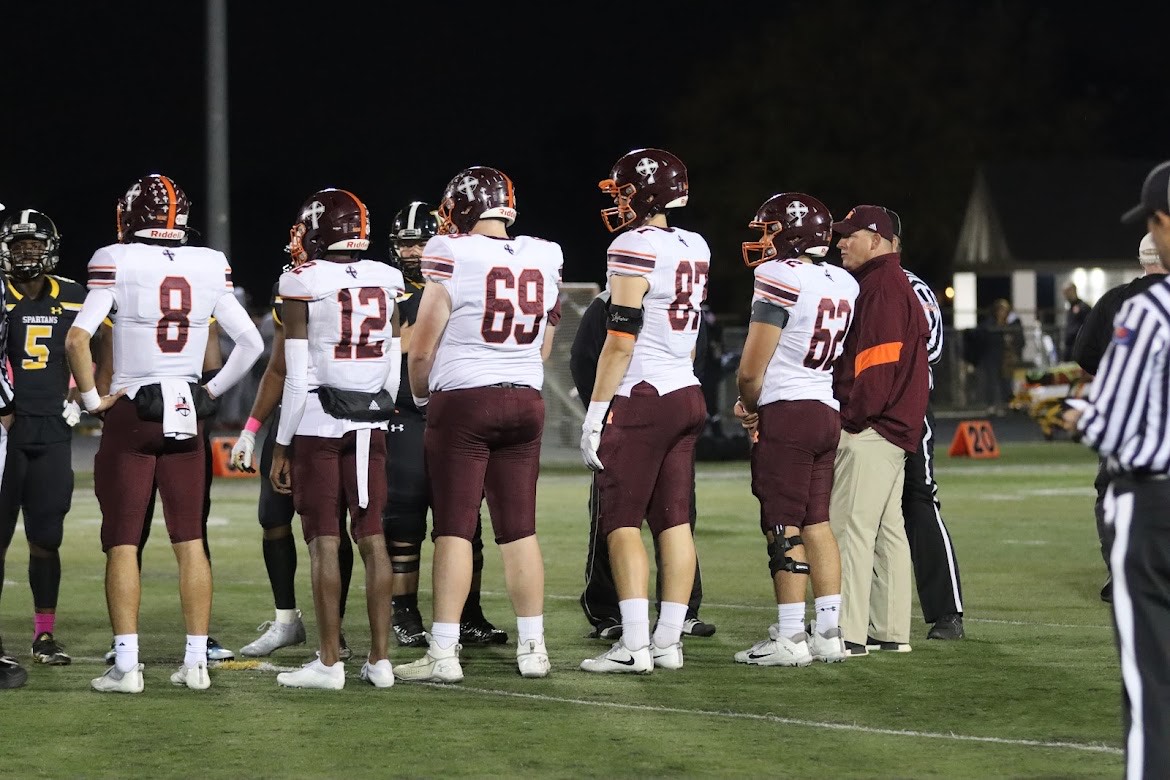 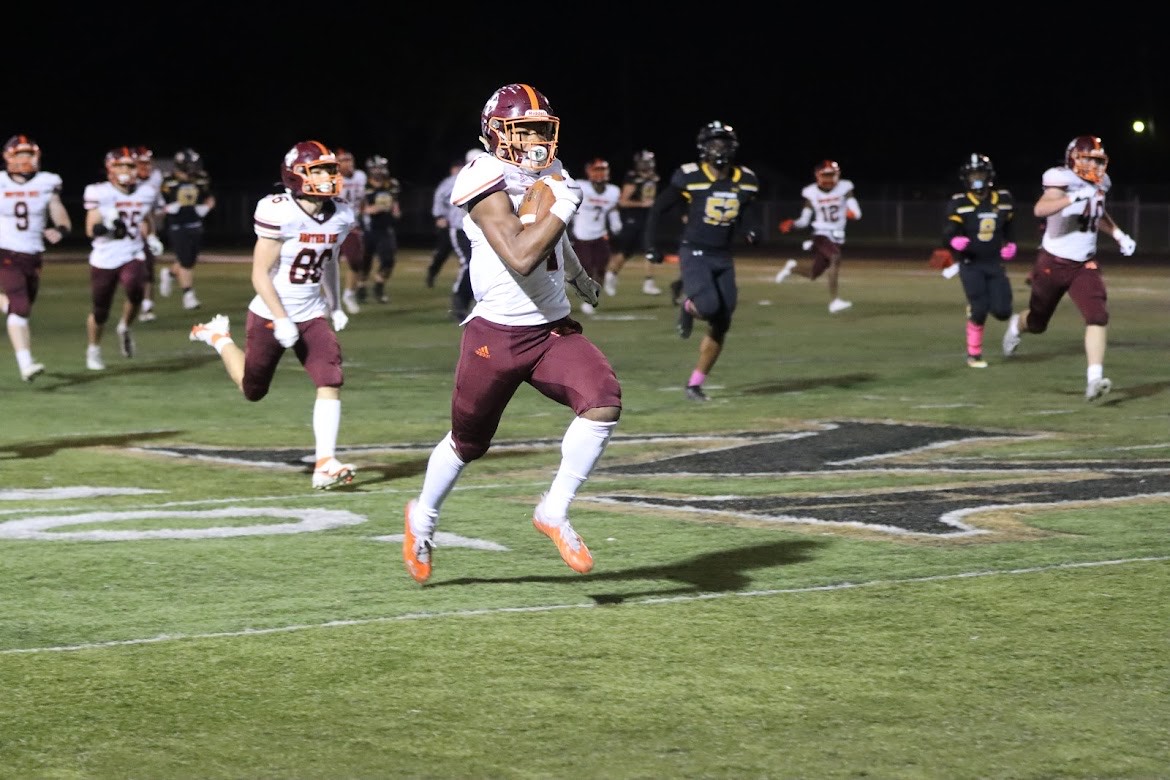 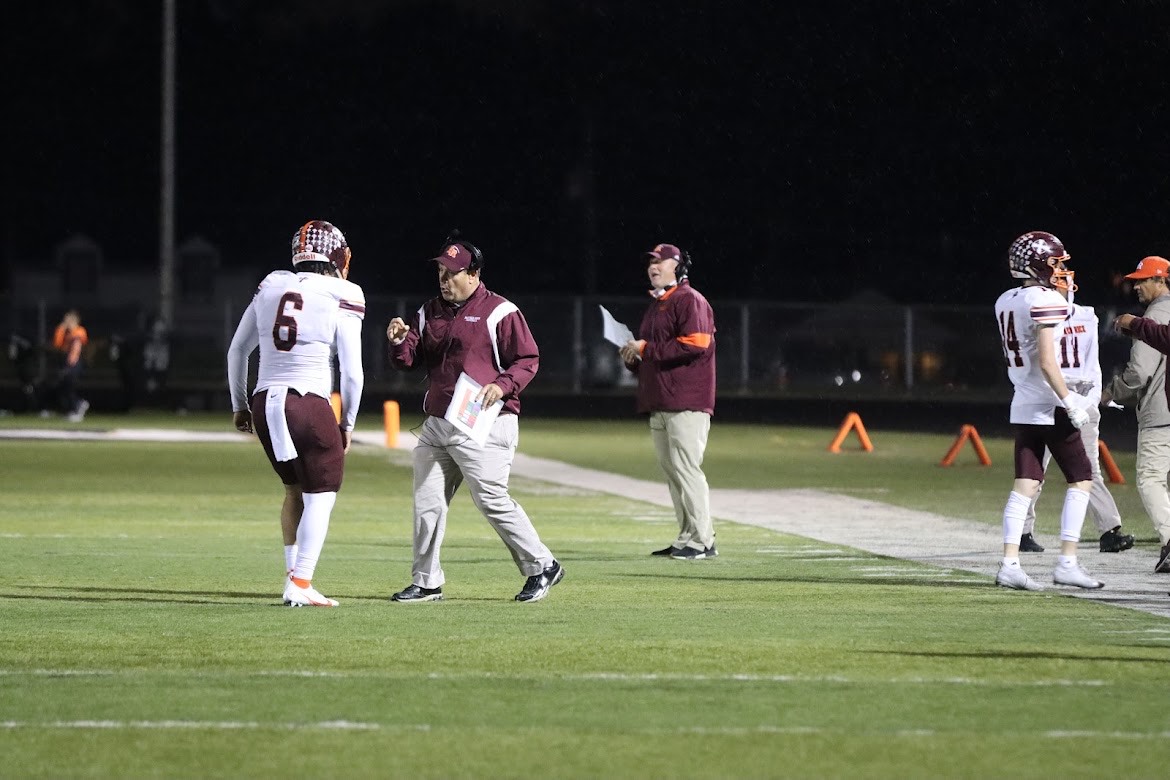