The Standard: The Stranger

The Miltons were like every other family from their area: Irish Catholic, blue-collar, family-oriented. Their two-story, red brick house in the middle of Chicago mimicked these traits. They were just like us, which is why the horrifying accident of late October 2018 is especially bone-chilling.

First, I must give you some background. Mr. and Mrs. Milton had two children, Zach and Ryan. Zach was entering his junior year in high school, while Ryan was in the midst of his senior year at Butler University. So, when Mr. and Mrs. Milton decided to attend a wedding in Seattle, Zach was ecstatic. He would enjoy his time home alone for a week. No parents to listen to. No rules to follow. No one to worry about besides himself. Of course, he was briefed with the usual, “No parties, lock the door, don’t be late to school” information, but these demands fell on deaf ears. Zach was king, and that’s all that mattered.

The first two days of Zach’s “vacation” were better than he expected. His diet consisted of McDonald’s and cereal, while going to bed before 3 a.m. was considered “early.” He fell behind on most of his school assignments, and he had his friends over to watch movies and play video games most days after school. This was the dream lifestyle of many boys his age, and he savored every moment of it. But, on Oct. 27, this completely changed.

Zach came home from school on that Wednesday and noticed some commotion. It appeared as if a new resident was moving into the bungalow across the street from his house. Besides observing the situation from his bedroom window for a few minutes, he did not think much of it. “Just a new neighbor,” he thought to himself. “I’ll introduce myself once my parents get back.”

Even though this was true, he still studied the man’s peculiar appearance. He had a paper white gaunt face with a sickeningly skinny stature, along with long arms and legs. Zach found it odd that his new neighbor was wearing sunglasses in such gloomy weather, but brushed this detail aside. This was the extent of the attention that he paid the man.

On Thursday night, Zach woke up in a hot sweat. It was 5 a.m. After 20 minutes of tossing and turning, he got up for a glass of water. He stumbled his way through the pitch-black hallways of his house into the kitchen. At the faucet, he grabbed a glass, filled it halfway, and gulped it down. While placing the glass into the sink, he glanced out the kitchen window to the house across the street. That’s when he noticed it. A pair of glowing eyes were staring out of the upstairs window from his new neighbor’s residence. Connected to them was the outline of a thin neck and head.

It was undoubtedly the man.

Zach froze. The hairs on the back of his neck stood up. Was the man actually looking through Zach’s house at this time of the night or was his imagination just running wild? Zach ran back to his room. He locked his door, shut his blinds, and stayed on his phone for the rest of the night.

The next day, Zach could barely stay awake during his classes. Those eyes. He became paranoid and dreaded going home after school. At 3 p.m., when he arrived back at his house, he rushed inside and locked himself in his basement. Those eyes haunted him, that cat-like glare was all he could think about. Zach thought about calling one of his friends or even his brother to comfort him, but he quickly decided against this cowardly action. So, he left all the lights on and braced himself for another long night.

Despite his best efforts, almost a full day without sleep eventually caught up to Zach. He dozed off at around midnight. His peaceful slumber was interrupted by an ominous noise.

Screeeeech! The floor above him creaked with life. Zach turned white. His heart began beating out of his chest. Someone was in his house. His instincts led him to the basement closet. Here, he moved into the corner and barricaded the door with anything he could find, such as boxes of toys.

Bump, bump, bump. The sound of footsteps marching down the stairs echoed throughout the room. Tears filled Zach’s eyes. The steps meandered around the basement until they reached the base of the closet door. Through the light underneath the door, he spotted a pair of feet with mangled toenails. They were black with dirt.

The lock jangled. Zach passed out in terror.

When Zach came to, he was lying in his bed. He checked his phone, and it read 5 a.m. It was just a dream.

What a relief! Zach felt like a silly kid. How could he allow his imagination to get the better of him like that? So, he yawned, stretched, hopped out of his bed, and got dressed. He had nothing to be afraid of anymore. After all, his parents would be home late that night.

He unlocked his bedroom door and walked out.

Silence. The man was no more than 6 feet in front of him. His glowing eyes pierced into Zach’s soul.

Zach was immobilized with fear. The man gave him a toothless smile. He reached out his cold slender fingers and grabbed Zach’s face. Squelch.

When the Miltons finally arrived home from Seattle, Zach was nowhere to be found. None of his friends knew his whereabouts, and there were no text messages or calls indicating his location. Frantically, they called the cops and filed a missing person’s report. The only evidence discovered was a dark stain on the hardwood floor.

After weeks of searching, the investigation ended. Zach was deemed to have run away to indulge in his carefree lifestyle even more. But, that was not the most interesting detail.

The house across the street remained abandoned, like it was before the Miltons left. There was no evidence of anyone living there. There was no “new neighbor.” 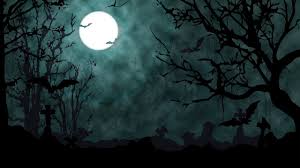 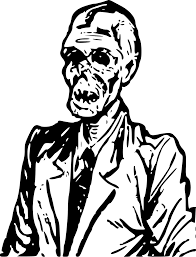 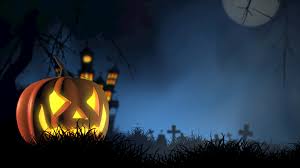 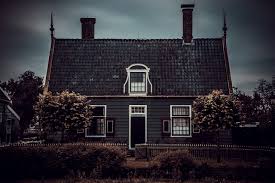