The Standard: Theo is gone, and so is my soul.

Theo Epstein, the smartest man in all of sports, has decided to resign as the President of Baseball Operations for the Chicago Cubs. I’m dead on the inside and outside.

Theo held the position for the past nine years. In those nine years, he took a 100 loss baseball team and made them World Series Champions.

Instead of sitting here and sobbing about how my favorite team’s future is up in the air, I’m going to take you guys on a joyful journey to better times. It will be like that first time you walked out onto the concourse at the newest national monument, not that pile of concrete in Bridgeport. I am going to show you why Theo is the best executive in all of sports.

On October 12, 2011, Theo was named President of Baseball Operations of the Chicago Cubs. He was coming from Boston, where he broke the Curse of the Bambino and won the World Series in 2004 and then again in 2007 with the Red Sox.

Theo’s first year was a memorable one as the Cubs lost 100 games. Yes, you read that right, 100 losses. Fortunately, it was all uphill from there.

In 2013 and 2014, the Cubs kept improving. The young Italian first-baseman Anthony Rizzo was growing into a star. The incredibly talented and athletic Puerto-Rican shortstop, Javy Baez, was showing boat-loads of potential.

Finally, in 2015, the Cubs started to knock on the door. The highly touted rookie third-baseman, Kris Bryant, was called up. Jake Arrieta was beginning to pan out. There’s another trade where Theo fleeced the opponent. Don’t get me wrong; Theo has lost some trades.

I will objectively say that the Sox are winning the Eloy trade right now, but not by much. Cease isn’t panning out quite like the Sox hoped, and Eloy had fewer catches than he did nets fallen into last year. If the guy falls into one more net, he might be featured on the next episode of “Deadliest Catch.”

In 2015, the Cubs went further than anyone expected. They defeated the Pittsburgh Pirates in the 2015 National League Wild Card Game behind a dominant performance from Jake Arrieta. The Cubs then went on to upset their archrival, the St. Louis Cardinals, in the NLDS. In this series, Kyle Shwarber put a ball on top of the Budweiser jumbotron in right field. They also started digging the grave for Mike Matheny’s career with the Cardinals.

Finally, in 2016, it was go time. Theo brought in big free agents in Ben Zobrist, John Lackey, and Jason Heyward. Before you guys try to destroy me for saying Heyward was a big free-agent signing, he won three gold gloves and gave the legendary rain delay speech. So ya, he got a $23 million contract to give a speech and make sick catches. He’s worth every penny.

Theo somehow convinced one of my favorite Cubs, Dexter Fowler, to resign and turn down a massive contract from the Baltimore Orioles. Let’s just say it worked out for Dexter. Theo also brought up the fiery rookie catcher, Wilson Contreras.

Most importantly, Theo went to work at the trade deadline. He gave up one of the league’s best prospects, Gleyber Torres, to bring in the best closer in baseball, Aroldis Chapman. I can see the Sox fans, aka my editor, getting ready to break their keyboards in response to that statement. They love saying things like Chapman choked or he went right back to the Yanks.

Some Sox fans have common sense, like senior John Creviston, who said, “People think it was a bad trade because the Yanks have all the value right now, but the Cubs got a World Series out of it while the Yanks haven’t yet.”

Another intelligent senior, Matt Holluhan said, “I don’t think anyone necessarily lost the trade; the Yankees are just set up better for the future.”

I couldn’t have set it better myself, John. The only thing that I would add is that he traded for the guy who registered the save in game seven, Mike Montgomery, in that same exact year. It was almost as if Theo could see into the future.

So let’s talk about that playoff run. The Cubs went into the playoffs as the best team in baseball. They defeated the San Francisco Giants in the NLDS, breaking their streak of winning the World Series in seven years. In the NLCS, they defeated the terrifying Los Angeles Dodgers in six to break the Curse of the Billy Goat and go to the World Series for the first time since 1945. That series featured one of my favorite Cub moments; Miguel Montero’s grand slam in the bottom of the eighth inning, followed immediately by a solo shot by Dexter Fowler in game one.

The Cubs were going to the World Series! The series didn’t start too hot as they fell into a three games to one deficit. Defeat was on the horizon. I remember being at my 8th grade Halloween dance at Most Holy Redeemer after game four, ready to burst into tears, realizing that my team was just 27 outs away from losing on the biggest stage.

But the boys fought back! They fought tooth and nail to force a game seven. The stage was set. Two teams with a history of heartbreak and drought were set to face off on a rainy Wednesday night in Cleveland, Ohio. The Cubs jumped out to a lead led by big home runs from Dexter Fowler, Javy Baez, and David Ross. Then, however, Rajae Davis smashed a home run in the bottom of the eight off of Aroldis Chapman to tie the game. We know how the rest plays out. I would love to explain the rest of the game, but I’m running out of room, and I may start crying tears of joy while blasting Eddie Vedder.

So, I leave you with this. Thank you, Theo, for everything! Good luck with whatever you do next. Also, will you come take over the Bears? 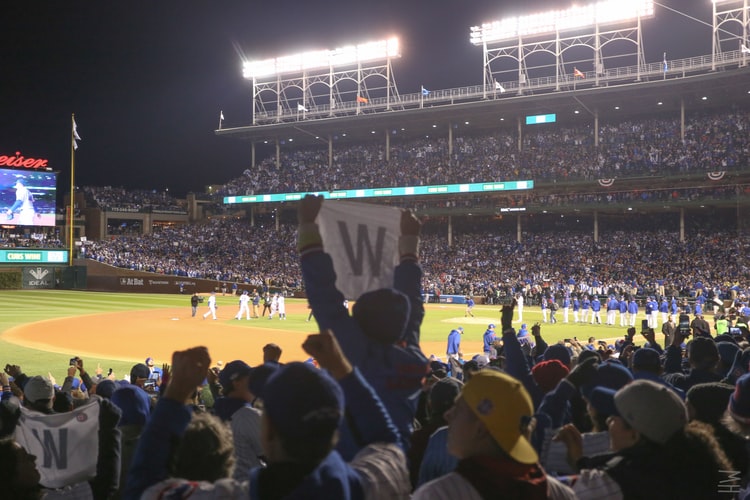 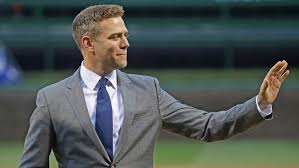 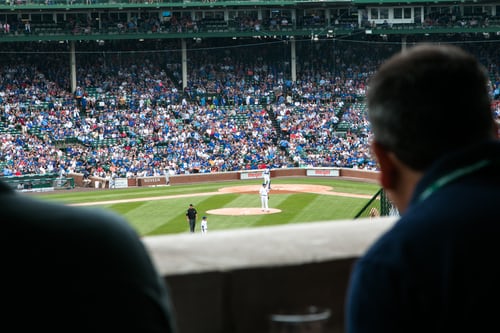