The Standard: Top 10 Christmas Movies for the Upcoming Holiday Season

The 2020 Christmas season has finally arrived, and with it, the perfect opportunity to gather around the television to watch some classic holiday films. However, with thousands of options to choose from, finding a movie for the whole family is no easy task. Don’t worry though; I’ve got you covered. With the input of various students around Brother Rice, I’ve compiled a list of the best Christmas movies for you to enjoy this holiday season.

10. “Home Alone”
While not a traditional Christmas movie, “Home Alone” still manages to capture the spirit of the holiday season in an endearing way. In a rush to leave for a Christmas vacation in Paris, the McCallister family forgets young Kevin, played by Macaulay Culkin, at home. Kevin enjoys having the house to himself at first, but his fun is quickly spoiled when he discovers that two burglars are attempting to break into his house on Christmas Eve. Kevin rigs his house with traps that outsmart the burglars time and time again, resulting in some great laughs and memorable moments.

9. “A Charlie Brown Christmas”
Over the years, this 1965 Christmas special has become one of the most widely celebrated holiday films in the United States, and for good reason. This charming film follows a depressed Charlie Brown’s attempts to enjoy the cheerful holiday season, ultimately leading him to discover the true meaning of Christmas. Children and adults alike will enjoy this movie’s unique tone and animation, as well as its soothing jazz soundtrack.

7. “The Santa Clause”
On Christmas Eve, Scott Calvin (Tim Allen) discovers what appears to be a Santa impersonator on his roof. Startled by Scott’s calling, this “impersonator” falls off the roof. However, Scott doesn’t find anyone outside; instead, he is confronted with a sleigh and Santa outfit. Maybe this wasn’t an imposter after all. “The Santa Clause” details Scott’s journey to finish delivering Santa’s presents and save Christmas accompanied by his young son. This movie reminds the audience of the youthful innocence accompanied by awaiting a visit from Santa Claus as a child.

6. “The Polar Express”
This animated feature follows a young boy’s trip to the North Pole on a magical train known as the “Polar Express.” Along the way, this boy, voiced by Tom Hanks, discovers that the wonder of Christmas doesn’t fade if you truly believe in its magic. The powerful themes within this movie are certain to sit with the audience long after the credits have rolled

4. Elf
Thanks to an incredible performance from Will Ferrell, “Elf” is laugh-out-loud funny from start to finish. The film follows Buddy the Elf’s journey to discover his real father in New York City after growing up in the North Pole. Buddy’s adventures around New York are as comical as they are memorable, and the movie’s heartwarming conclusion encapsulates the power of Christmas in a way that is sure to be remembered for years to come.

2. “A Christmas Story”
“You’ll shoot your eye out, kid!” What else needs to be said about this modern Christmas masterpiece? The movie is filled with unforgettable lines and scenes, which have cemented it as a Christmas Day tradition across households throughout the United States. “A Christmas Story” truly captures the nostalgia of unwrapping that one special gift on Christmas morning.

Well, there you have it, folks. If you disagree with this list, please contact my editor Aidan O’Connor. Anyway, I hope you are able to enjoy some of these movies, and I sincerely wish you a Merry Christmas! 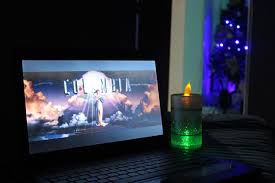 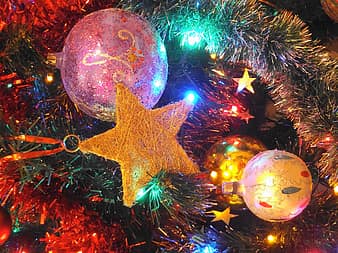 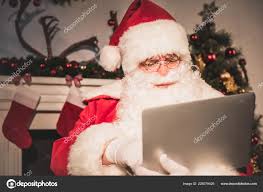